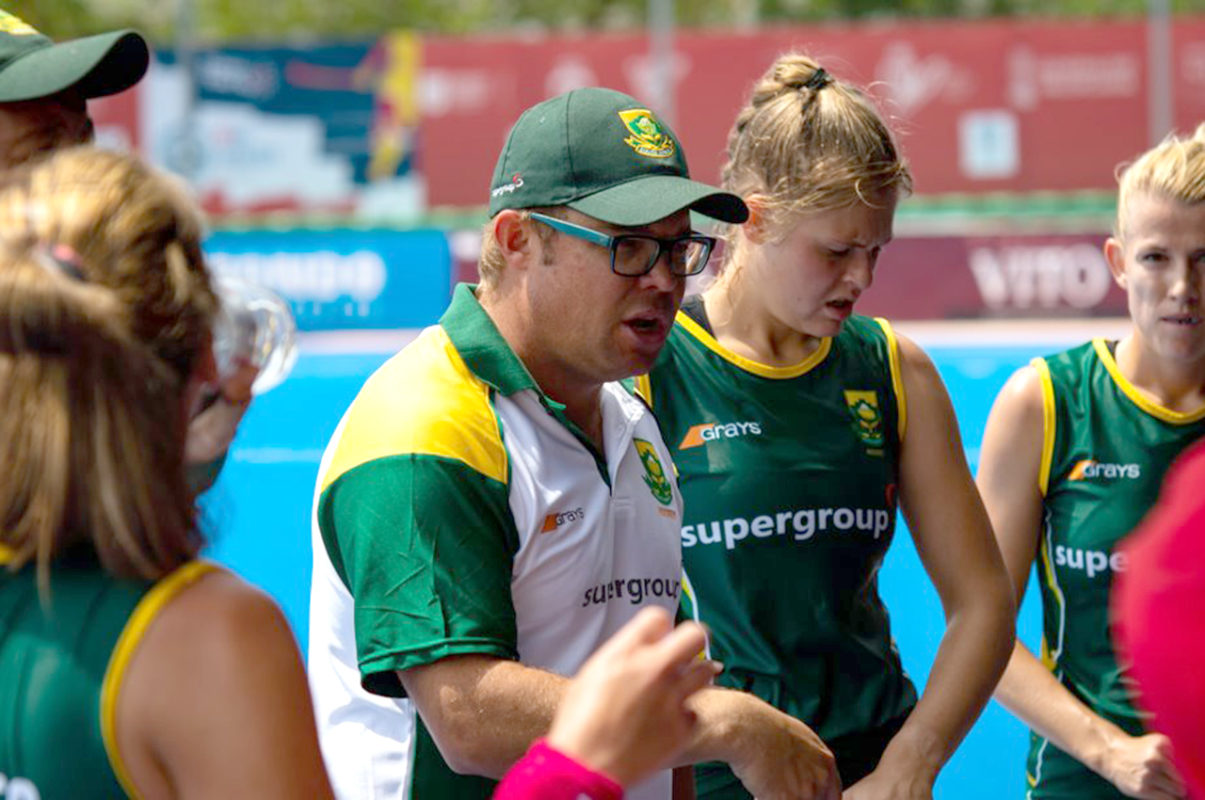 The Supergroup South African ladies side gave themselves the front foot in securing top spot in Pool B at the FIH Hockey Series Final, with a dominant 7-0 win against Thailand on Saturday morning.

With Wales starting the day tied on points with the South Africans, they would have to wait on the result of the later game to know their fate but went about doing everything they could to put all the pressure back on the Europeans.

Particularly pleasing for Robin van Ginkel and Inky Zondi would be the way the experienced players have stepped up into on field leaders in this tournament.

This dynamic has allowed the younger and newer players like Nomnikelo Veto and Bianca Wood to develop at a quicker pace, putting South Africa in a better position going forward.

Dirkie Chamberlain has re-discovered the form that allayed home fears when Pietie Coetzee retired, while Lilian du Plessis looks more in the mood than ever, and offers a fantastic threat from the penalty corner.

With Quanita Bobbs also looking as good as she has ever looked in a South African kit, the job for Erin Hunter gets easier as players raise each other’s games.

Today it was Thailand that were on the receiving end of a team playing at a fantastic pace and with ruthless switches form defence to attack.

SA recorded 20 shots at goal in the 60 minutes with a whopping 42 circle entries, limiting Thailand to just 3

After a slow opening quarter where Lilian du Plessis fired in the solitary goal from penalty corner, the intensity was raised another level and South Africa got a second and a third in the second quarter to make it 3-0 at the interval.

Nomnikelo Veto has grabbed the opportunity and made it count when she scored South Africa’s second, just before Dirkie Chamberlain showed fantastic composure to make it 3-0.

Once again South Africa produced their best hockey of the game in the third quarter, where they looked like scoring with every attack.

Veto set up Chamberlain for the fourth before a penalty stroke was awarded to South Africa and Du Plessis made it five despite keeper Narueangram getting a glove onto the shot.

Quanita Bobbs then got the goal her performance deserved after re-joining from an interesting green card suspension.

SA Ease Up as Semi-Final Ratchet Up Anticipated

Although South Africa backed off on the pace in the final quarter they were still creating some good chances and will probably feel they should have taken one or two more there.

They did however add the shine to the result with the 7th when Lisa Deetlefs finished when her penalty corner slap was diverted in by Tonghkam.

Looking back at the group stage, the South Africans will be very pleased with how they have started the tournament.

They have done what they have had to, but the focus will now ratchet up a gear as they head to the knock-out matches, and attempt to set a foot firmly on the Road to Tokyo.

With Italy defeating Wales in the later game, South Africa have confirmed their spot at the top of Pool B and they will progress directly to the Semi-Final stage.

They will play the winner of the crossover game between Wales and whoever finishes second in Pool A. South Africa’s semi-final will be at 19:00 on Wednesday night, and will be live streamed on FIH.Live.

Click here to read the SA vs Italy Match Report

Photo 3 Caption: Much happiness in the South Afican camp as the team made the most of their chances to win a medal. In this picture, Quanita Bobbs congratulates Dirkie Chamberlain on one of her two goal against Thailand on Saturday. Photo: FHCV