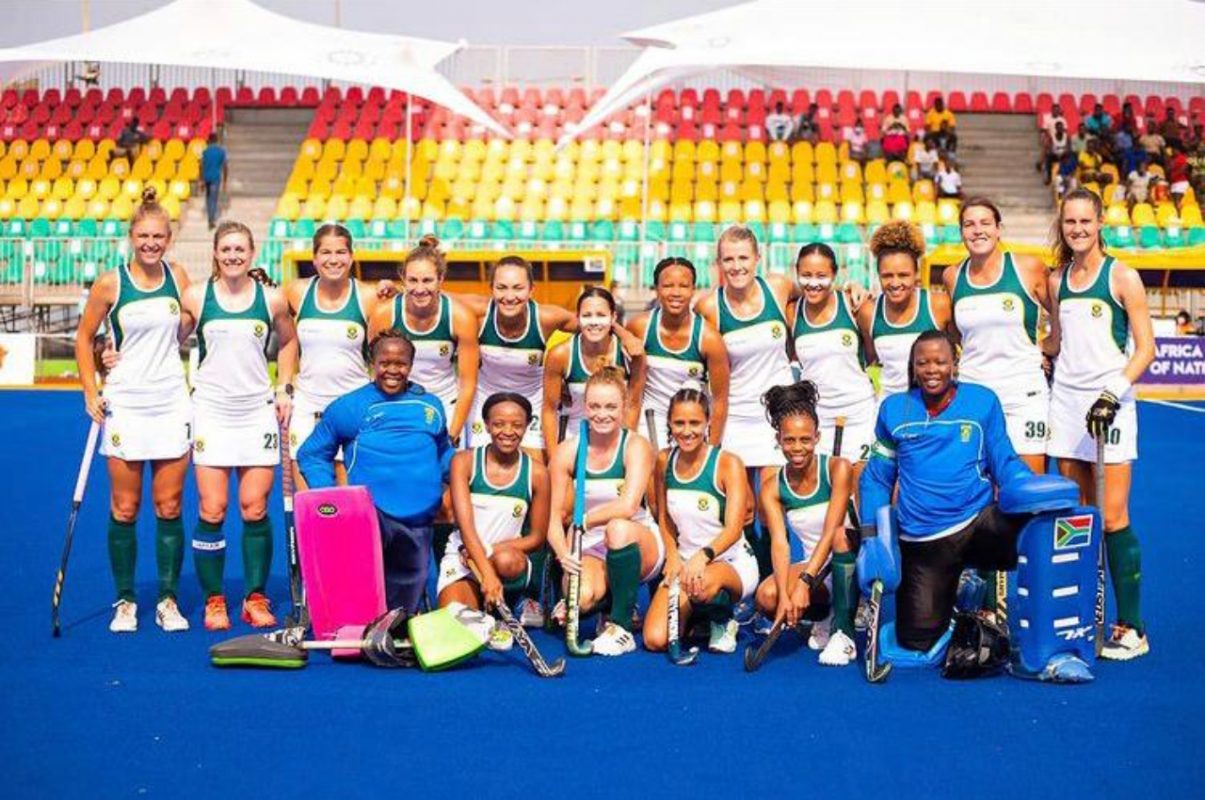 South Africa women’s hockey team rounded off their pool game at the Africa Cup of Nations with a 10-0 shutout over Uganda.

Tarryn Lombaard, who celebrated her 50th cap for the national side, scored a haul of goals, while Lillian du Plessis added two and Tegan Fourie, Shirndre-Lee Simmons, Bernadette Coston and Quanita Bobbs contributed a goal apiece to earn a clean sweep of victories in Pool A.

It was Lombaard, Fourie, du Plessis and Simmons’ goals that gave South Africa a 4-0 lead in the first quarter.

Meanwhile, Uganda’s defence put up a strong display throughout the second quarter holding their opponents at bay heading to the half-time break 4-0.

Bobbs and du Plessis scored in the third quarter before Lombaard struck thrice and Coston added her goal to seal the victory.

Zimbabwe, who last made it past the pool stage 24 years ago, booked their ticket to the semi’s after a 1-all draw against Namibia.

Ghana finished top of Pool B with 7 points after a 4-0 win over Zambia with a brace from Vivian Narkuor and goals from Elizabeth Opoku and Mavis Berko.