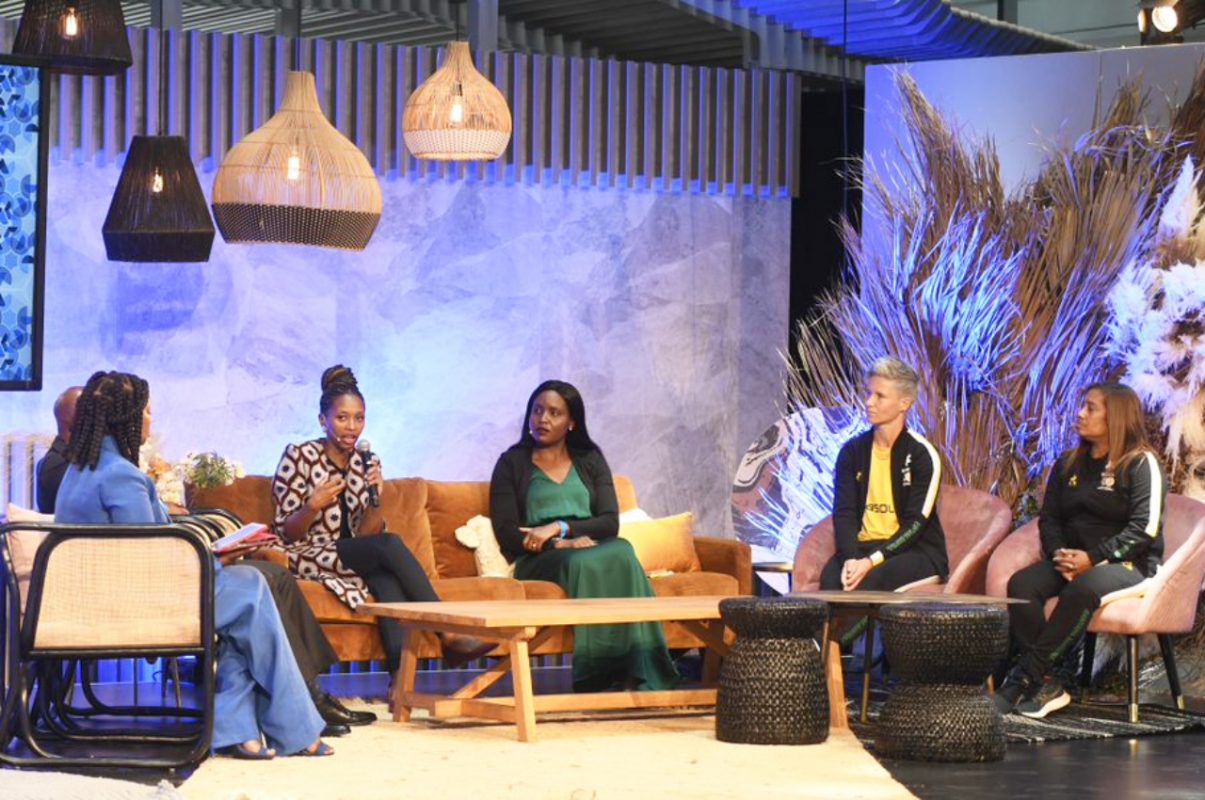 Sasol has always been resolute about the role it wishes to play in the women’s sport fraternity – entering a media partnership with gsport, a platform that recognises female athletes in South Africa, aligned with Sasol’s aspirations.

This partnership, which also includes the sponsorship of the Global Woman in Sport Award, enables the organisation to continue to raise the profile of women’s sport in South Africa. It also helps Sasol maintain high ground as a leading corporate sponsor of women’s sport in South Africa by telling the Sasol story, helping entrench the brand in the hearts of people, and creating an affinity to the Sasol brand.

Sasol pursues sponsorships that enhance our brand and its goodwill, inspire creativity, and innovation, and create unique opportunities to build stakeholder relationships and experiences to make a lasting impact in the daily lives of South Africans.

The sponsorship of women’s sport has positively increased over the years, assisting to level the playing fields as women begin to take sports as professional careers. Sasol, prides itself on being a pioneer in this space, having supported women’s football for 13 years and actively playing a role in growing women’s football in South Africa.

Sasol’s partnership with the South African Football Association (SAFA) has enabled the organisation to play a pivotal role in breaking down gender barriers in sport to empower young women.

Through this union, they created the Sasol League as a platform for women footballers to showcase their talent and skills by participating in regular competitive football, throughout the year to broaden the talent pool for the women’s national teams. Established in 2009, Sasol League is currently the 2nd tier of women’s football in the country and provides a robust platform to develop and nurture grassroots talent through a semi-professional league.

In addition, Sasol continues to sponsor the senior women’s national team, Banyana Banyana. Since 2009, Sasol has had the privilege of being the first and sole headline sponsor of Banyana Banyana, ensuring that the players are provided with the right tools to represent the country on the world field.

Sasol has been at the forefront of opening doors to new opportunities for women’s football, affording many the chance to realise dreams, support their families and further their studies, while pursuing their passion for the “beautiful game”. The extension of the contract between Sasol and SAFA for a further four years, from October 2021 to June 2025, demonstrates Sasol’s commitment to providing infinite possibilities for women’s football in South Africa, on and off the field.

In the last decade, Sasol can proudly lay claim to two consecutive Olympic Games appearances and a FIFA Women’s World Cup, a stronghold on the trophy of our senior Regional COSAFA Championship, a thriving Sasol Women’s Football League and a highly regarded reputation that has established the Sasol sponsored senior women’s football team, Banyana Banyana, as a sought-after opponent in the world.

Photo 1 Caption: Sasol has been at the forefront of opening doors to new opportunities for women’s football, affording many the chance to realise dreams, support their families and further their studies, while pursuing their passion for the “beautiful game”. Photo: Supplied

This article is published in partnership with Sasol, proud sponsors of the Momentum gsport Awards Sasol Global Woman in Sport category