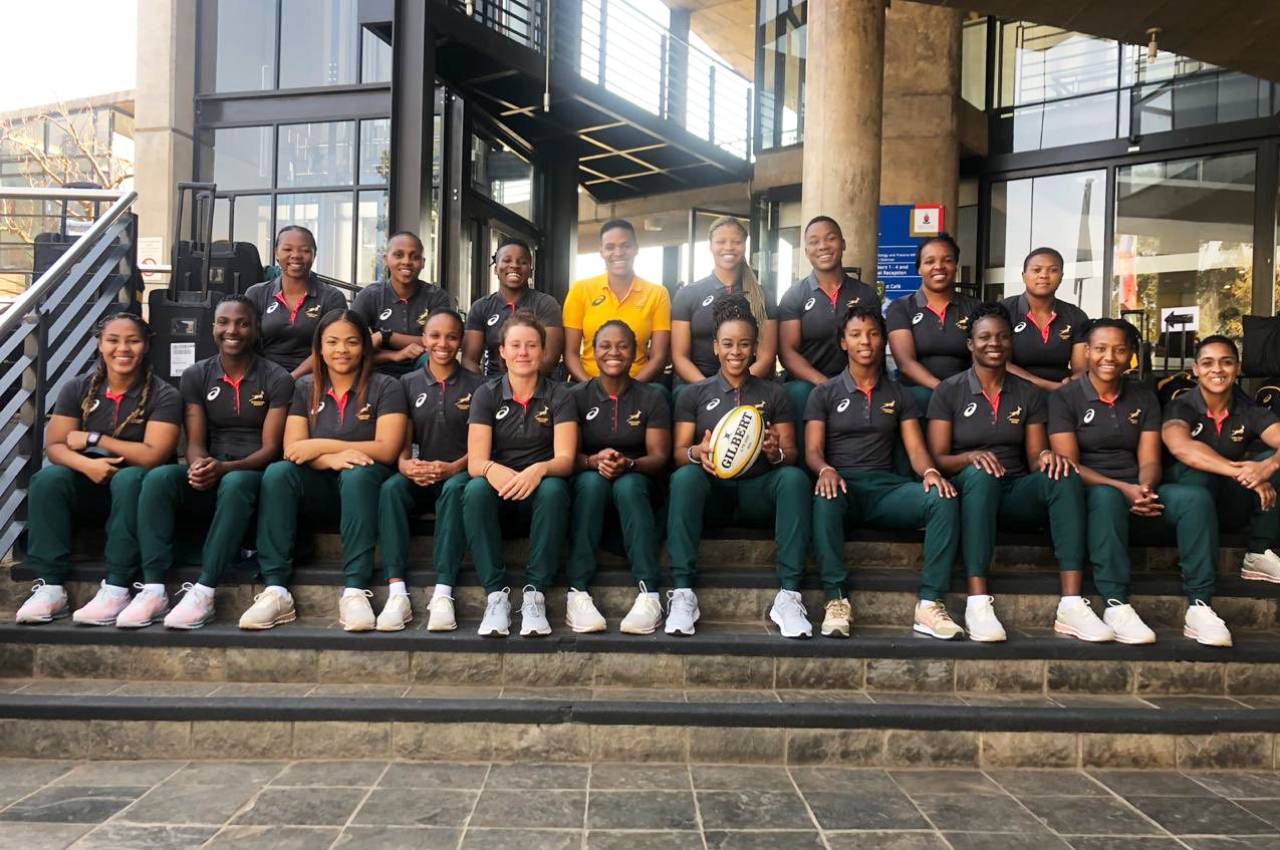 In another step up for womens’ rugby in South Africa, the Springbok Women celebrated International Women’s Day on Sunday, 8 March 2020, with the news that they will defend their Rugby Africa Women’s Cup title between May and July, with the tournament featuring a historic first Test match in Madagascar.

This year’s Rugby Africa Women’s Cup marks the second edition of the tournament, with the Springbok Women set to play three matches – against Uganda on Saturday 30 May in Pretoria; Madagascar on Sunday 28 June in Antananarivo; and Kenya on Friday 3 July in Cape Town. The match venues will be announced at a later stage.

Kenya, Madagascar and Uganda will cross paths with one another in the other three matches, with the team accumulating the most log points at the end of the series being crowned the champions.

“The announcement that the Rugby Africa Women’s Cup will be hosted again this year is fantastic news for the Springbok Women and for the advancement of the women’s game in Africa in general,” said SA Rugby CEO Jurie Roux, who also serves as Rugby Africa’s Secretary General.

“I would like to thank World Rugby and Rugby Africa for again placing their faith in us to host two of these significant matches.” – SA Rugby CEO Jurie Roux

“The growth and improvement of women’s rugby is one of our top priorities at SA Rugby, and the fact that World Rugby and Rugby Africa have also placed women’s rugby high on their agenda will bode well for the development of the sport worldwide.”

Roux added: “I would like to thank World Rugby and Rugby Africa for again placing their faith in us to host two of these significant matches.

“I would also like to congratulate all the women’s rugby players on the African continent for their commitment to the game and for doing their bit to contribute to a gender equal sport.”

The Springbok Women won the inaugural Rugby Africa Women’s Cup in Brakpan in 2019 – which doubled up as the 2021 Rugby World Cup qualifier – and they won all three matches emphatically to book their place in the international spectacle in New Zealand next year.

“We are determined to improve the standard of our rugby looking ahead to the World Cup and every match we play and training camp we host will be vital.” – Springbok Women’s coach, Stanley Raubenheimer

The competition format differs this season with the matches being staggered over a longer period across a handful of venues in each of the participating countries in line with Rugby Africa’s objective to host the women’s event concurrently with the men’s tournament. This will see some of the matches in the other countries being played as curtain-raisers to the men’s games.

“This is a fitting way for the players to celebrate International Women’s Day. Playing our first Test in Madagascar is also thrilling, and I believe it will be a fantastic experience for the players.”

Raubenheimer said every opportunity to play a Test match will count with an eye on their preparations for the Rugby World Cup.

“I would like to thank all the women’s rugby players in South Africa for their contribution to breaking barriers and showing that rugby is a game for everyone.” – Raubenheimer sends out a special message for International Women’s Day

“We are determined to improve the standard of our rugby looking ahead to the World Cup and every match we play and training camp we host will be vital in achieving this,” said the coach.

“We are currently embarking on a drive to host centralised training sessions within the provinces on a weekly basis and to assist the players individually from a conditioning, training and nutrition perspective. This is with the greater goal of improving their fitness, skills and understanding of our game plan.

“Essentially the more time we spend together, the better it will be for the team because that is critical to any side’s success.”

Raubenheimer said there were in the process of trying to arrange further Test matches for the team later in the season.

He also gave a special message to women’s players for International Women’s Day, saying: “I would like to thank all the women’s rugby players in South Africa for their contribution to breaking barriers and showing that rugby is a game for everyone.

“The players I have worked with since taking over the position as Springbok Women’s coach have showed without doubt that they are equally dedicated and passionate about the sport as their male counterparts, and it is pleasing that we can celebrate their achievements on a day like International Women’s Day.”

Photo 1 Caption: The Springbok Women’s team will be looking to retain their Africa Women’s Cup title when they face Uganda, Madagascar and Kenya between May and July 2020. Photo: WomenBoks (Twitter)