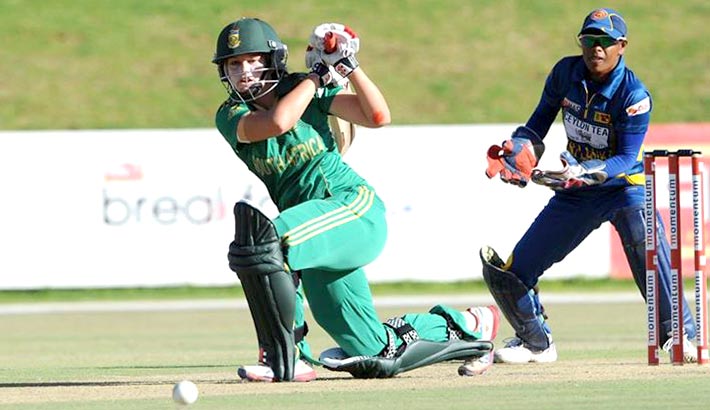 After a spotless tour against Sri Lanka so far, the Momentum Proteas women lost the second Twenty20 (T20) international at Senwes Park Stadium in Potchefstroom on Saturday. The robust Sri Lankan side levelled the series one-all when they beat the hosts by 20 runs on their coach, Jeevantha Kulathunga’s 40th birthday.

“You can’t expect anything more than this on your birthday. It’s our first win in the series and I’m very happy,” said Kulathunga. “It’s really good for the team to experience winning so that they can want to win even more. To be the best, you have to beat the best and now they know what it’s like.

“We will leave this behind now and concentrate on the final, the true celebration will happen when we take that trophy home.”

Sri Lanka posted a competitive 138/5 at the end of their innings after they were asked to bat first. The top order finally showed signs of life, with Chamari Atapatthu (39) sharing a 71-run opening stand with Lasanthi Madushani (30).

Yasoda Mendis (22) and captain, Shashikala Siriwardena (30), added a 50 partnership for the third wicket to get to the competitive score. Marizanne Kapp was the leading wicket taker with 3/18 in her four overs.

South Africa’s reply lacked the aggression that spectators had become used to. Only three batters could manage more than 20 runs with Dané van Niekerk top-scoring with 26 off 27 balls. They were restricted to 118/8. “It was a difficult loss for us today, Sri Lanka played really well and outplayed us,” Van Niekerk said.

“We know where we went wrong and we’re looking forward to correcting those mistakes and redeeming ourselves in the final.”

Siriwardena was very proud of her team: “I’m really happy with the win today. We played with two batting changes and they worked out really well.

“The bowlers did their job well and I think that we won because of the opening partnership between Chamari and Lasanthi,” she said, looking forward to the final on Monday at the same ground.

“This is just another game for us, we are going to go out there and play our best and play positive cricket, hopefully we can win the series,” Siriwardena concluded.