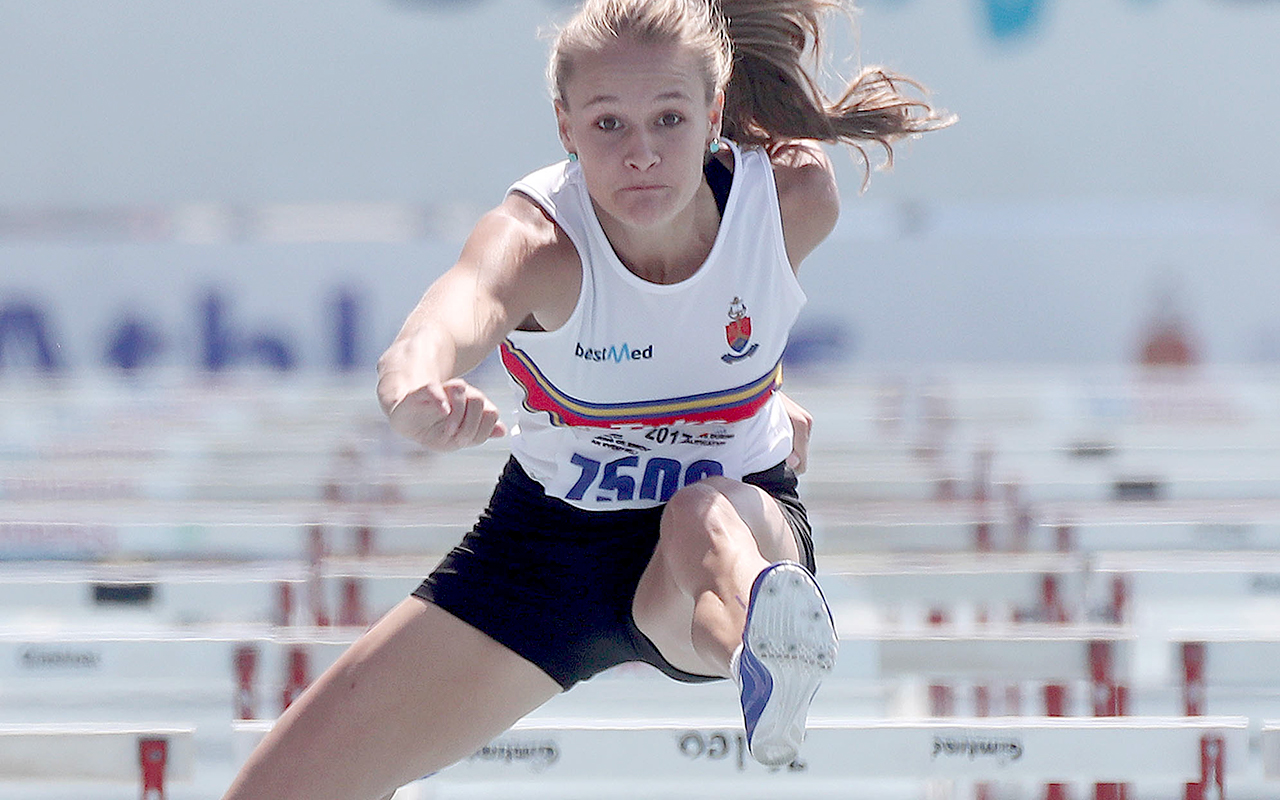 Tuks student Rikenette Steenkamp set a new South African record in Switzerland on Sunday afternoon, when she won the 100m-hurdles in 12.81s at the Resisprint International Meeting.

She was faster in the heats running 12.70s, but unfortunately, the wind from behind was 2.2m/s which meant that her time couldn’t be officially recognised.

In Prague earlier this month, Steenkamp ran 12.91s to improve on the 20-year-old record set by Corien Botha.

Steenkamp could have been forgiven if she was slightly upset about the wind, as she ran a woiuld-be national record of 12.92s during last year’s meeting, but the wind also prevented her from celebrating then.

Steenkamp was however far from despondent after her performance in Sunday morning’s heats. “I will be honest, I did surprise myself,” she said reviewing her race.

“In the three hours leading up to the final I was quite hyper but also highly motivated,” said the Tuks athlete. “’Coach’ (Hennie Kriel) helped me to stay focussed and not allow myself to get carried away.

“His advice was that I should concentrate on doing the basics right. If I do, it will be a fast time again. I did so.

“My start was not too bad, but somehow I lost my rhythm that led to the athlete on my inside starting to catch up with me. I had to reprimand myself, telling myself: ‘Riki you are careless’. I again accelerated; actually, I was surprised at how easy it felt doing so.

“It proved to me that the hard work I have been doing is starting to pay dividends. It is exciting to know I am race fit,” said the Tuks athlete who is returning home for ten day on Monday.

Her next race will be during the World Cup.

It is all speculative, but it is still interesting to note that Steenkamp’s time of 12.81s would have been good enough for a bronze medal at the Commonwealth Games, a time which would also have qualified her for last year’s World Championships final in London.

“At the moment it feels to me like the sky is the limit,” said an elated Steenkamp. “For me it is progress. I started the season off with 10.01s, and now I am taking it down with each race. I am content with where I am right now because the plan is for August, not now,” explained the Tuks athlete.

Photo 2 caption: Steenkamp has broken this record on her buildup to the IAAF Athletics Wold Cup in London on 14 and 15 August, and with – the election of Sunday’s performance at her back, believes the sky is the limit. File Photo: Reg Caldecott