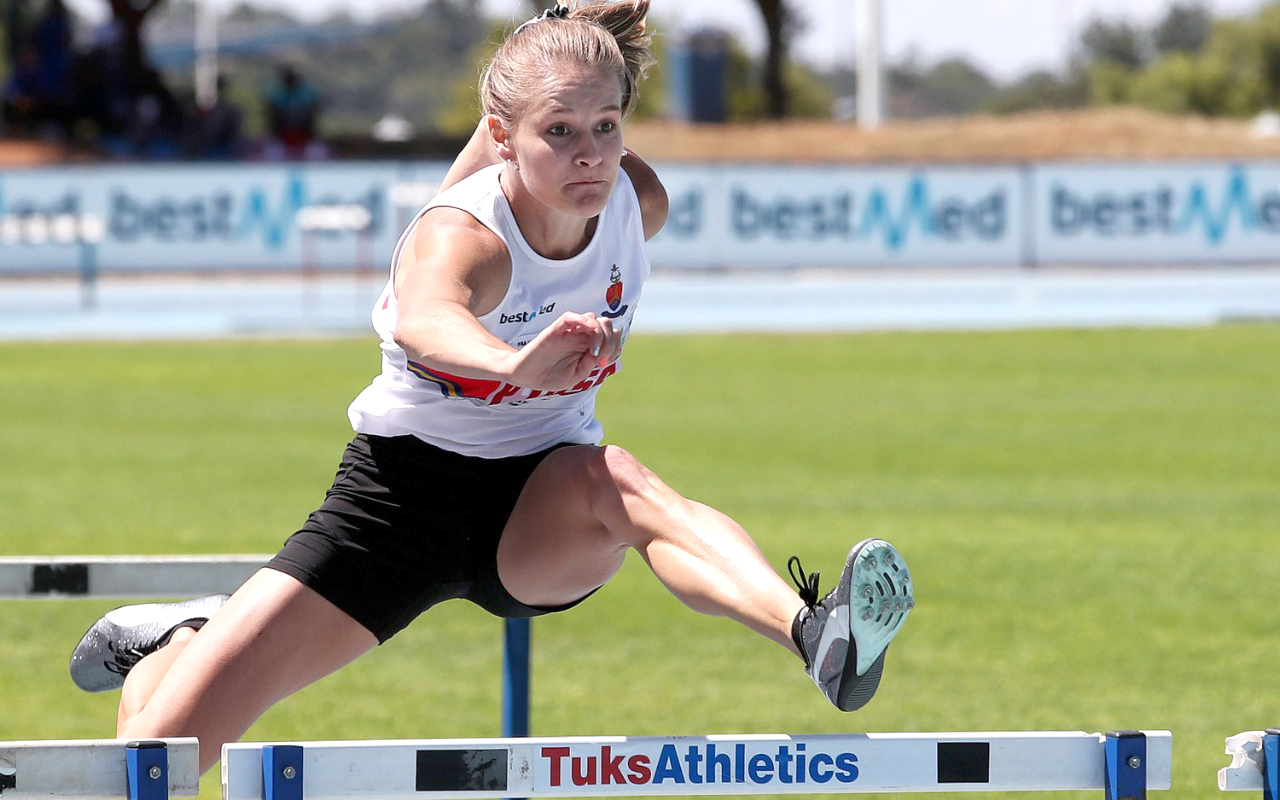 South African 100m-hurdles record holder Rikenette Steenkamp’s immediate plans of competing indoors in Europe have been derailed, after she tested positive for the Covid-19 virus.

The Puma-Tuks athlete has been confined to bed for the past week due to severe headaches and other flu-like symptoms, and she says that her energy levels are also frustratingly low. The physical impact of the virus can be seen in her losing three kilograms in a mere five days.

According to Steenkamp, she started feeling sick when they got back from holiday. “As athletes, we tend to be very aware when our bodies start to act up.

“Initially, I was only continuously tired. I started to take naps in the afternoons. It is something I have never done before. I decided to get tested when my symptoms got progressively worse. The result was no surprise.

“The most important thing I should focus on is to take it one day at a time, as it is unsure how long my body will take recover from the virus.” – South African 100m-hurdles record holder, Rikenette Steenkamp

“But I know myself,” said the sprinter. “When I start to feel better, I will want to begin to train again.”

“There was a moment when I thought I could go back to the track next week, but Wenda Nel convinced me that it would be foolish to do so. She told me that at most, I will be able to walk around the track at a real slow pace. Wenda ought to know. She tested positive for Covid last year.”

In addition to the stress of her personal wellbeing, there is a lot of talk on whether the Tokyo Olympic Games will go ahead.

“It is mentally tiring for us as athletes. At times during the Covid Pandemic, it feels like we go one step forward and two backwards.” – Steenkamp speaks on dealing with the on-again, off-again uncertainty that athletes are going through.

“You want to train to be at your best for the Olympics, but there are no guarantees. We can only hope it is not going to be a repeat of last year with the Games being postponed again,” the Tuks athlete said.

Overcoming setbacks is nothing new to Steenkamp. In 2016 she had to relearn how to walk, after undergoing an ankle operation. A year later she managed to dip under 13 seconds for the first time in the 100m-hurdles, clocking a time of 12.99s in Ostrava.

In 2018 she was battling a hamstring injury. For nearly three months, she could hardly train. But once she got back on the track, she surprised everyone including herself. She set a new South African record running 12.91s in Prague. A few weeks later, during the La Chaux-de-Fonds Meeting in Switzerland, she ran 12.81s.

Last year Steenkamp twice managed to set a new South African indoor record in the 60m-hurdles. During a meeting in Glasgow, she ran a time of 8.29s during the heats. A week later in Madrid again during the heats, she ran 8.17s.