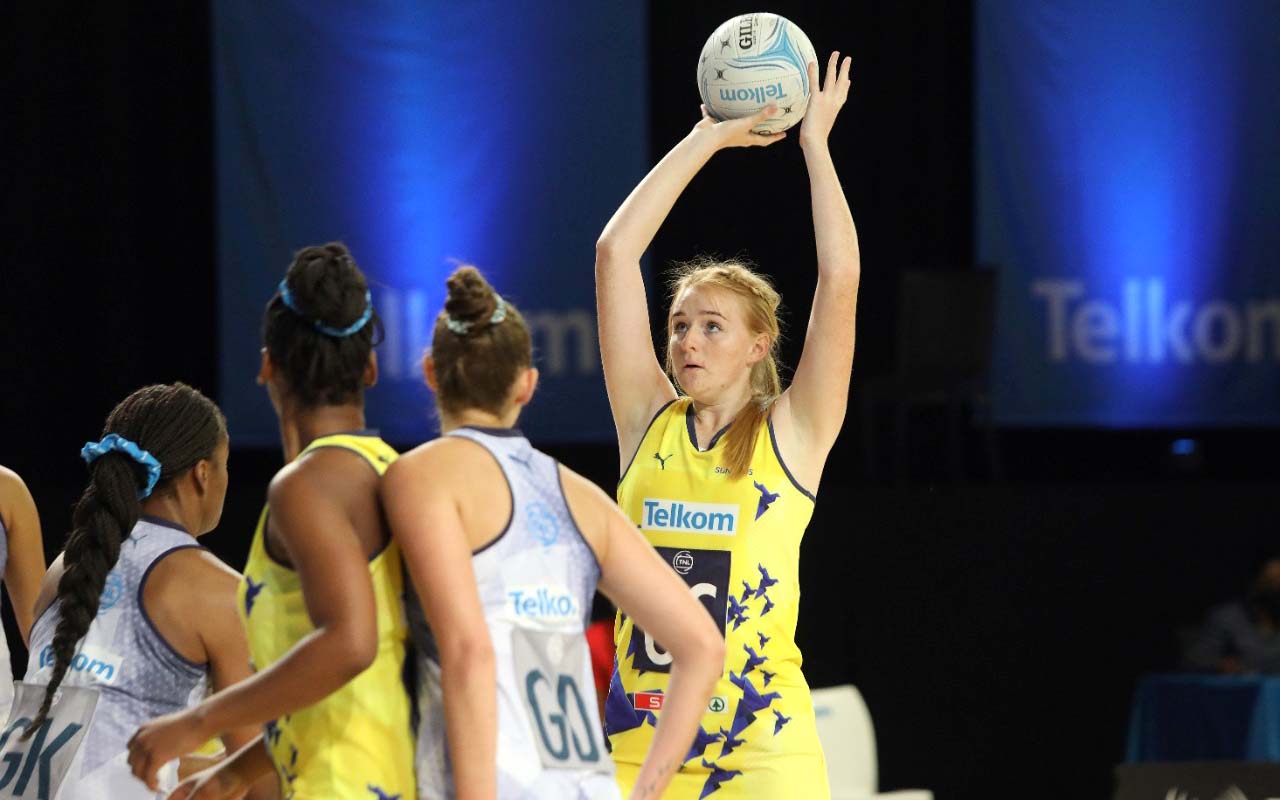 The Mpumalanga Sunbirds caused one of the biggest upsets after beating the Tornados 46-33 in the Telkom Netball League in Rustenburg on Tuesday, 12 October 2021.

Sunbirds’ coach, Thembisile Ngwenya made five changes to her squad and opted to rest Wing Defence, Hope Sibiya for the first three quarters of the game. Tornados had the right mind-set coming into this game, leading 14-12 in the opening quarter but failed to execute their game plan throughout the match.

Sunbirds’ shooters, Alyssa Trahms, Atacia Mbuyane, Zanele Mokoena and Palesa Mbukwana were firing from all cylinders in their shooting circle and shutting down the Tornados defensive efforts which won them the game.

However, this defeat doesn’t affect Tornados number one spot on the log but coach, Danlee Mathews believes focus is key, “My girls were not clinical enough today and I don’t know what happened, but I think the Sunbirds came out to prove a point today. They played very well, they were very clinical, and they kept their cool where at times, my girls were all over the show. If you want to play in this league, you need to be consistent, clinical and that’s definitely something my girls need to take responsibility for.”

In the other match, Baobabs got back to winning ways following their 54-50 victory against Kingdom Queens. It’s been a challenging start in the second leg for Baobabs who lost by small margins against Comets and Diamonds.

Baobabs also had to pick themselves up ahead of this encounter after losing one of their star players, Theoner Mthombeni due to injury. Anna Ledwaba’s troops were solid at the back and more clinical upfront which saw them maintain their lead from the second quarter right until the end.

Meanwhile, Free State Crinums came out tops in a defensive game against Kingdom Stars after winning 48-39. Both teams were separated by just two points on the log coming into this game, but this victory sees them retain their number three spot in Division one.

Crinums bounced back after trailing by two goals in the first quarter and were leading by one goal in the second and third quarter, but the Stars were still very much in it at this stage. The last five minutes were a game changer as Crinums pulled away after Claudia van der Berg and Xandri Fourie rose to the occasion in Crinums shooting circle despite the Stars having a superior goal percentage of ninety-one.

Aloes missed out on an opportunity to close the gap on division two log leaders, Tornados after falling to a 37-36 defeat against the Comets in the Eastern Cape derby. Aloes restored faith in the third quarter when the score was 26 all, having trailed behind in the first two quarters. Aloes made thirteen intercepts, but it was the Comets’ fifty-two turnovers that carried more weight. Seconds before the final whistle went off, Aloes Goal Shooter and captain, Jody Vorster had two clear chances to equalize but failed to slot the ball in safely.

Aloes’ coach, Sameshia Esau says the plan is to avoid setting up a semi-final clash with the Tornados, “We want to maintain our position number two in our division because we don’t want to end up being number four and play against number one. Tomorrow’s game does matter, we have to win that game to maintain our position in division two. Esau also conceded that, the road to the final won’t be easy.

“We going to have to go back to the drawing board and see where our mistakes are. At the moment, in division two, the competition is not easy. Anybody can come up; everybody is coming hard as you can see with the Queens being last on the log, but they have been coming through very strong this week.”

Gauteng Jaguars won their nineth consecutive win in the 2021 Telkom Netball League, outlasting a brave Fireballs side for a 51-34 victory in the Gauteng derby. Jaguars suffered a blow after Wing Attack, Danielle van Zyl sustained an injury – she was replaced by Phindile Sithole.

Jaguars’ defensive efforts pulled through with fifty turnovers but coach, Jenny van Dyk will still look to polish up on a few areas ahead of the semi-finals. Meanwhile, Fireballs will need to pull out all the stops against Crinums in their last round robin game in order to leapfrog Kingdom Stars for a spot in the last four and also hold thumbs for the Flames to upset Stars.

van Dyk lauded Danielle’s performance in the competition, “She has had such a solid season and she is such a dynamic young player. She is so creative, and she has got speed for days. I think she had a bigger fright but there is definitely something that got dislocated some way or another. We will first have a look at it, we won’t take any big chances with her if it’s not necessary, but we can’t cancel her out completely.”

Photo 1 Caption: The Mpumalanga Sunbirds caused one of the biggest upsets after beating the Tornados 46-33 in the Telkom Netball League in Rustenburg on Tuesday, 12 October 2021. Photo: Supplied