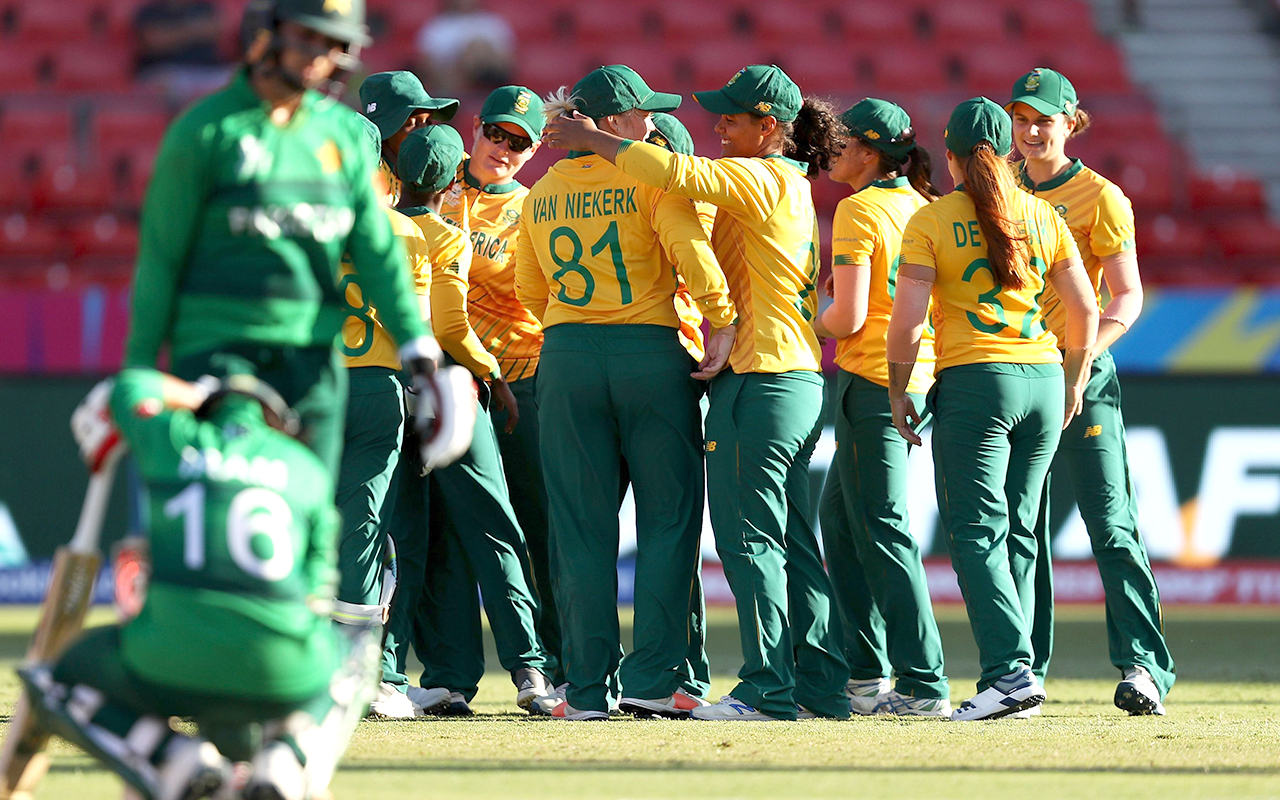 South Africa secured their place in the semifinals of the Women’s Twenty20 (T20) World Cup on Sunday, with a 17 run victory over Pakistan at the Sydney Showgrounds Stadium in Australia.

Speaking after the win, a relieved Dané van Niekerk said: “I am really happy, but I have to give credit to Pakistan – They gave us a massive to throughout the whole game. During our bowling innings, they kept coming at us, kept coming at us!

“It was an incredible game to be a part of.” – Momentum Proteas skipper, Dané van Niekerk

Sportingly of the Pakistan skipper after their loss, “I’d like to wish the South Africans good luck for the semis,” said captain Javeria Khan, “I think they are the true deserving team!”

Laura Wolvaardt played a blinder, smashing 53 off 36 balls, to take South Africa to 136 for six, with the Proteas adding 54 runs in the last five overs.

“In the bigger picture, this was definitely the most valuable contribution I think I’ve ever made to this team,” said Wolvaardt.

“I’m just really honoured to be here today.” – Player of the Match recipient and SA No. 5 batter, Laura Wolvaardt

The Proteas got off to a shaky start, with Diana Baig grabbing the wickets of Lizelle Lee (4) and captain Dane van Niekerk  (3) in her first two overs. Marizanne Kapp and Mignonne du Preez put on 37 runs together before Du Preez was bowled by Nida Dar for 17. Kapp, still suffering from the respiratory problems that kept her out of the match against Thailand, smacked a full toss from Aroob Shah straight to Iram Javed at long off for 17.

Sune Luus made 12 off 12 balls and Chloe Tryon hit two boundaries before she was caught by Aliya Riaz off Anam Amin for 10.

Chasing a total of 137, Pakistan started off steadily. Shabnim Ismail made the first breakthrough when she had Muneeba Ali caught by Ayabonga Khaka for 12 in the fourth over. Umaima Sohail was run out by Wolvaardt without scoring, after a mix-up left her stranded in the middle of the pitch, and then Javeria Khan was run out at the non-striker’s end when Tryon knocked the ball into her stumps on her follow-through.

South Africa were in control for most of the match, although Pakistan gave them some anxious moments, but Pakistan were unable to match the Proteas’ last five over heroics and finished on 119 for five.

Van Niekerk was overjoyed that the team had reached the semifinals.

Asked what SA has to improve ahead of the upcoming semi, Van Niekerk said: “Fielding again, I think it was a better effort, it was a very much improved effort, but we need to take those hard chances, we need to put out bodies on the line.

“On the batting, Lizelle and myself haven’t yet got going as a pair, it would be nice for us to get together. We can make the lives of the middle order a lot easier.

“Having said that,” Van Niekerk continued, “Whoever we face is going to be a tough game, and wherever we play – we don’t know yet, so, just really really excited!”

Photo 2 caption: Laura Wolvaardt’s 53* off 36 balls was the mainstay of the SA batting innings, and helped to ensure that the team’s path to a World Cup win is on the cards, ahead of their final group stage match against the West Indies on Tuesday. Photo: ICC

Photo 3 caption: South Africa’s thoughts are with Marizanne Kapp, who retired with a heightened heart rate after a crucial 31 off 32 balls. Photo: gsport