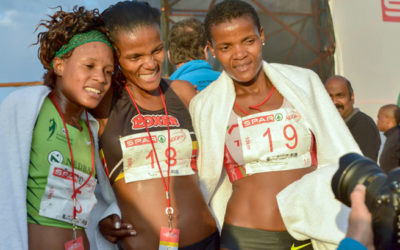 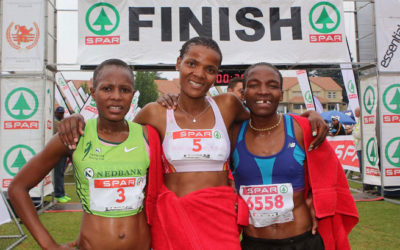 Lebo Phalula among an elite field also including Christine Kalmer, Tebogo Masehla and Portia Ngwenya heading the biggest field ever for annual Cross Country trials as athletes vie for a place in the Athletics SA squad for two major Cross Country Championships in March.

Chase is On for A-Standard Qualifiers

Tebogo Masehla and Violet Raseboya aim to break new grounds when they compete at the final Yellow Pages Series Meeting in Tshwane on Friday, where Masehla needs to complete the 3000m steeplechase in less than nine minutes and 46 seconds (9:46) to meet the Beijing Olympic A standard.

With more than 140 days to go, Athletics South Africa (ASA) has announced a provisional team to represent South Africa in Osaka, Japan in August this year, at the IAAF World Championships in Athletics.

The last time a South African record was broken on the track of Coetzenburg was in 1998 when Susan Vermeulen was timed at 23:15;51 for the 5000m walk.

Exciting competition is expected at the SA Cross Country Championships which will take place at Lesedi Village, Middelburg Mine, near Witbank on Saturday.