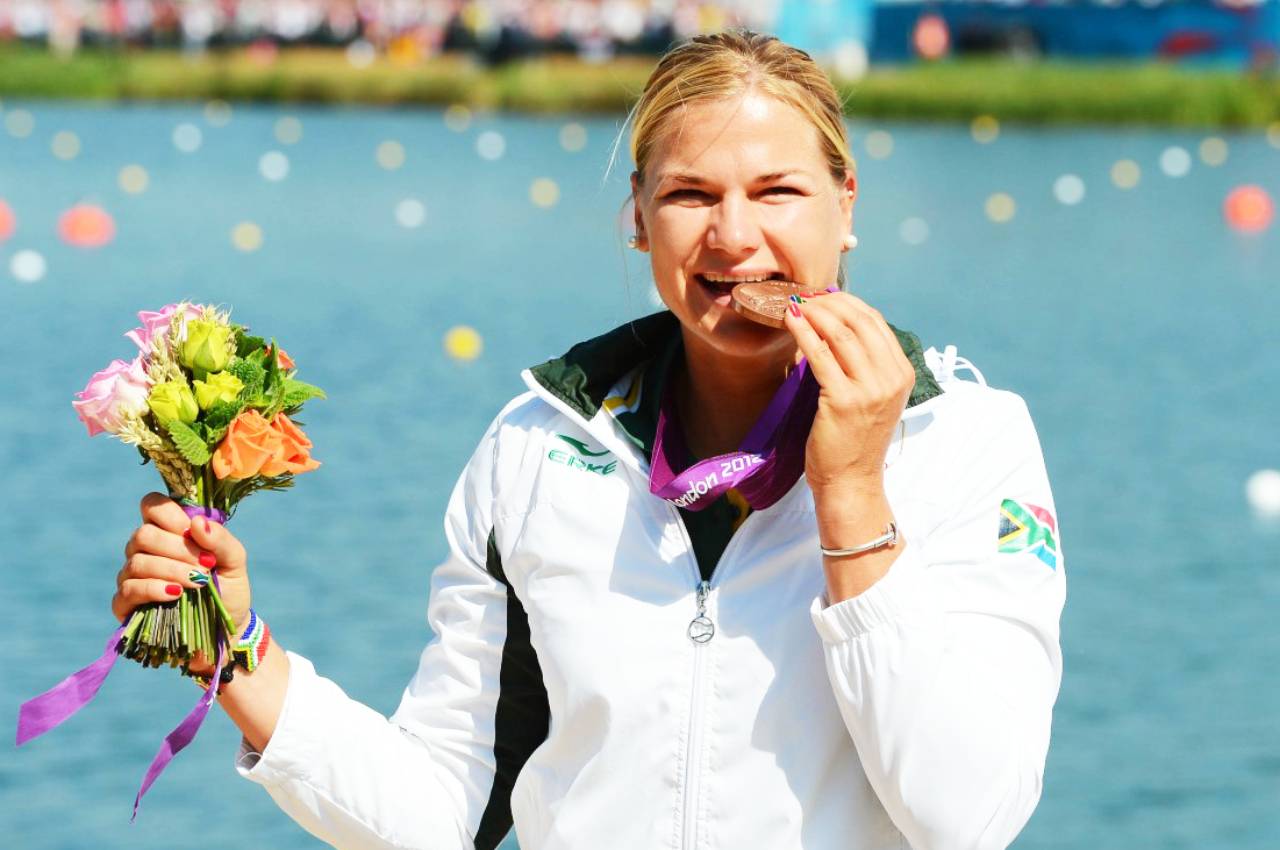 Ten of the Best with Bridgitte Hartley

Celebrated for her bronze medal at the London Olympic Games, Hartley has tasted success across many different canoeing disciplines, including river marathons, surfski racing and flatwater marathon racing.

1.It is your first world championship –  describe what Bridgitte Hartley was like.
“I was just a young bubbly, happy go lucky, eager paddler who soaked up the incredible atmosphere of representing South Africa for the first time at a sprinting world championships and meeting some of the fastest sprint paddlers in the world! I even tried to take pictures with as many of them as I could possible find! I had no worries in the world!”

2.What have been the major changes in your sport in the past decade?
“The boat models seem to be the constant change! The sport has been driving towards focusing on shorter events leading into an Olympic year as well as equality of male and female quota numbers competing on an Olympic level. The total athlete numbers just keep growing with Szeged this month hosting the biggest sprint world championships ever with over 100 nations competing in 2019!”

3.How have you grown as a person and as an athlete in that time?
“I definitely started my career as more of a carefree, clumsy young girl with big eyes in awe of everyone around me! I have grown as a person and athlete by learning how to set goals, make friends from other countries, and joining training squads. I have managed to learn how to focus better during every race! I used to wear a white trucker cap with the African continent on the front to keep my eyes looking forward and not getting distracted by the girl racing in the lane next to me. This enabled me to focus on my race and my race plan!”

4.Your favourite venue and/or group to train with?
“I love training in Hungary. I have always learnt the most and pushed my limits on all the training camps which I have had in Hungary! My favourite group to train with was a camp we had in November 2011 in Florida. It was a large group of girls all training together from Denmark, Norway, Canada, Sweden, Ireland. This was definitely one of the best five-week training camps I have had with girls who are still my friends now!”

5.Your best sprint venue, and why?
“Szeged, Hungary is most definitely my absolute favourite venue to sprint in! I have competed in three world championships in Szeged in 2006, 2011 and 2019. It was my first World Championships for SA, I won my first World Cup Olympic distance medal there in 2009 beating the 2008 Olympic medallists. I qualified for the London Olympics on the same racecourse in 2011. The Hungarians know how to host an event of this calibre!”

6.Your canoeing hero and sporting idols in any other sport?
“My canoeing hero is the Hungarian Katalin Kovács. I always used to watch videos of her paddling to help me with my technique! She is one of my all-time favourite female athletes. My idols in another sporting disciplines are Usain Bolt and Penny Heyns.”

7.Was the London Olympic experience the pinnacle of your career or is there another moment that trumps it?
“The London Olympics will definitely be one of the best moments of my paddling career! It’s hard to describe this feeling of standing on an Olympic podium!! I think winning a bronze medal at world championships in Moscow Russia in 2014 would be the next highlight!”

8.What would you do differently if you could rewind the clock?
“I am not sure I could of done anything too different as I think all the experiences have moulded me into the athlete and person that I am today! It would have been amazing to have had more teammates and family around me on more training camps, so it didn’t become so lonely at times! I am grateful for the career I was able to experience.”

9.Most influential person on your life and paddling career?
“I think the most influential person in my life and paddling career would have to be my Coach Nandor Almasi. He taught me almost everything I know about paddling and believed in me from being a rookie on tour to believing that I was capable of winning an Olympic medal! He has also played a major role as being a second father figure to me in Europe! I think he has got to know my personality the best over the past couple of years!”

10.Is there a slogan or a mantra that you use as a paddler?
“I have one or two. My favourite is ‘Always believe something wonderful is about to happen’ and ‘Go with Love and not Fear’.”

1.Favourite food: chicken and vegetables
2.Favourite drink: sparkling water
3.Favourite holiday destination: Barcelona, Spain
4.On a day off I like to: Go surfing or find a cool coffee shop to test out
5.Favourite read: Dan Carter and Penny Heyns books
6.Music preference: Indie Rock
7.TV is tuned to: I don’t have a TV! It would be Hawaii 5O if I was to choose a series!
8.Pet hate: When someone stands almost on top of me while standing in a queue!
9.My medals are all kept: I have started to frame my best medal achievements with pictures and the others are all in a bag! My Olympic medal lives in a Safe!
10.Next on my to-do list: There are still too many! Run the Comrades, compete in a Sani2C, win one or two more medals for South Africa in paddling, have a baby!

Photo 1 Caption: Bridgitte Hartley pictured on the podium at the 2012 London Olympic Games where she picked up a bronze medal at the championships. Photo: Canoeing SA archives/Gameplan Media 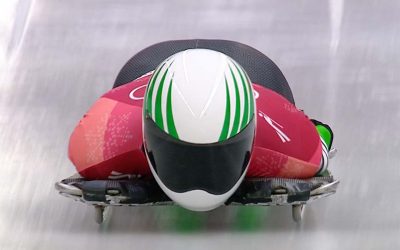