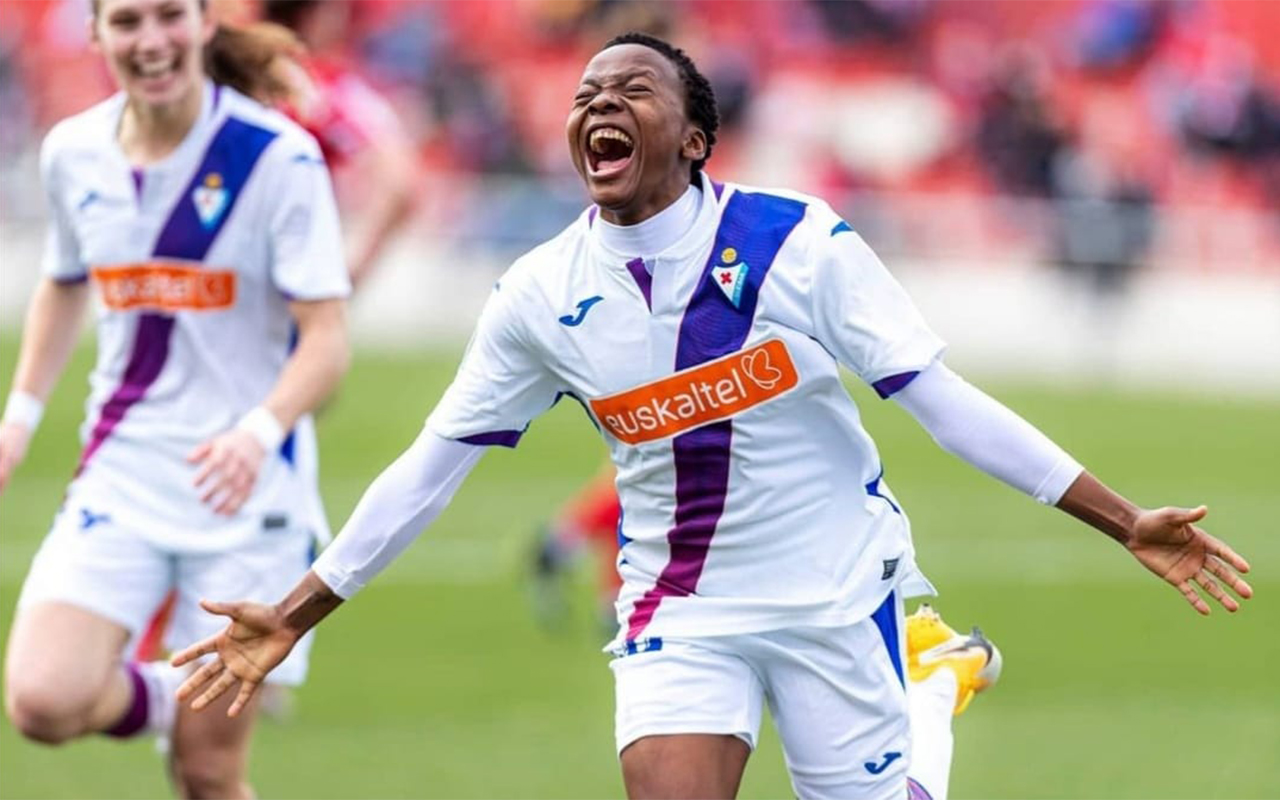 South African international footballer, Thembi Kgatlana’s star continues to rise after netting her seventh goal of the season for SD Eibar in Spain.

The 24-year-old striker has been lethal in front of goal and is seemingly enjoying her game adding to her goal tally with a fantastic strike against Atletico Madrid on Sunday, 31 January 2021.

The Mahlokeng-born has contributed directly to 75% of Eibar’s 20 league goals this campaign and also has five assists in 15 appearances to her name.

Despite her individual heroics on match day, Eibar lost 2-1 to the home side.

However, Kgatlana remains upbeat ahead of the team’s next encounter, will see the Spanish-outfit at home against Sevilla, on Sunday, 7 February 2021.