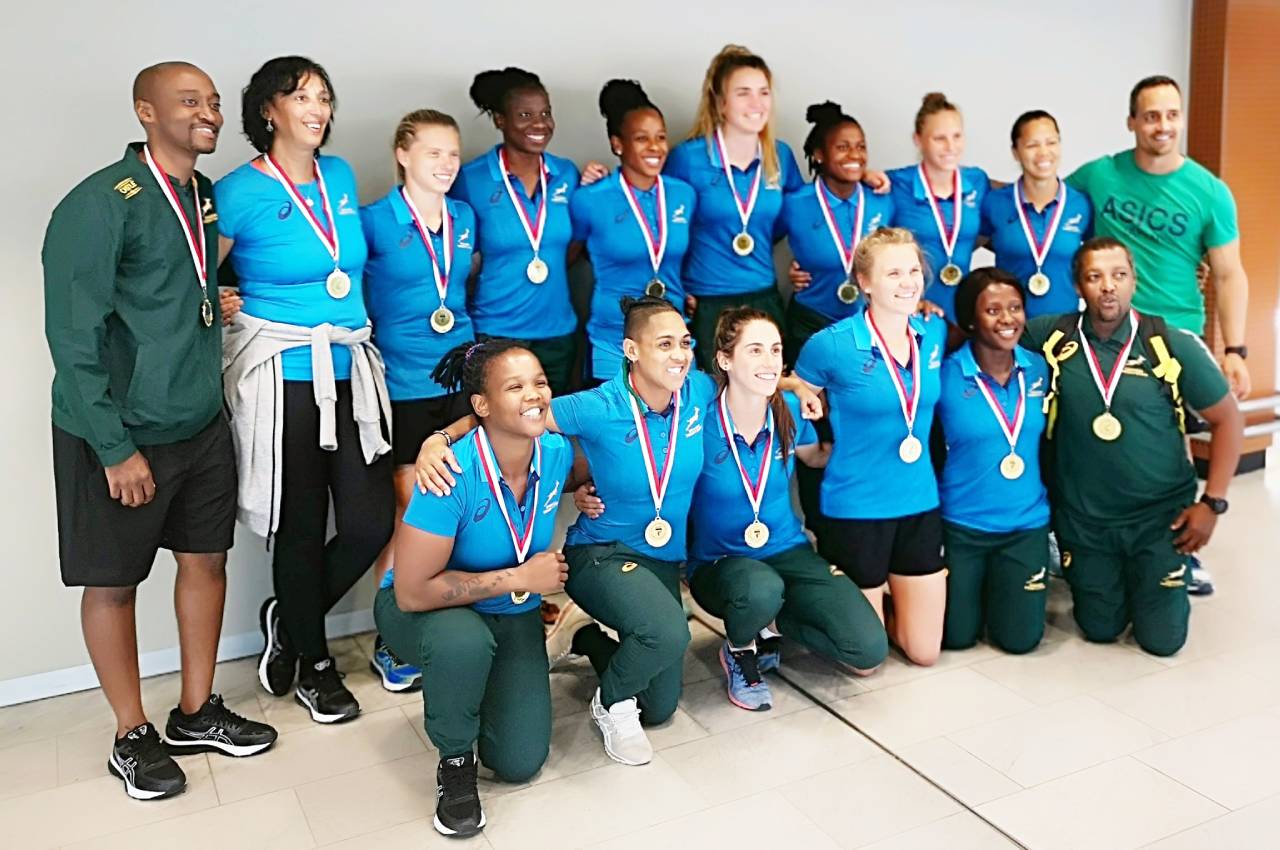 “This Was a Good Exercise for Us” – Captain Mpupha

The Springbok Sevens team travelled to Tunisia with one mission – to claim the Rugby Africa Women’s Sevens crown – so it was very rewarding for the team to arrive back in Cape Town with that feat accomplished, according to Imbokodo captain Zintle Mpupha.

The squad returned home earlier on Tuesday with gold medals around their necks and the knowledge that they are the top team on the continent.

“There is a feeling of joy, of achievement and of content amongst the group,” said Mpupha.

“We wanted to go and win this as that would set-up the rest of our season nicely. We can now continue in our quest to try and qualify for the HSBC World Rugby Sevens Series.”

Mpupha, who earlier in the year also helped the Springboks to qualify for the Rugby World Cup New Zealand in 2021, said the foundation needed to be laid as the team prepare for their next challenge, which will be tournaments in Dubai and Cape Town in November and December.

“The winning mind-set is a strong one and we enhanced that.” – Springbok Sevens captain, Zintle Mpupha.

“We needed to ground ourselves first, almost touch base with our abilities and this was a good exercise for us,” she said.

“We now know where we need to be when we play at that level of competition. This was good for us to continue with our momentum and to see what worked for us. We also came back unbeaten from two tournaments in France earlier in the year, so this all adds to our confidence as a squad. It was not the easiest of trips, but we made the best of it.”

The Imbokodo beat Uganda, Zimbabwe and Zambia in pool play and then knocked out Morocco and Madagascar before beating Kenya in the final on Sunday.

“The winning mind-set is a strong one and we enhanced that. It grows confidence and belief in each other and the squad. It has been a good year so far,” concluded Mpupha.

The next assignment for the Imbokodo will be the Emirates Airline Dubai Sevens International Invitational tournament before they will play in the first-ever HSBC Cape Town Sevens tournament for women.