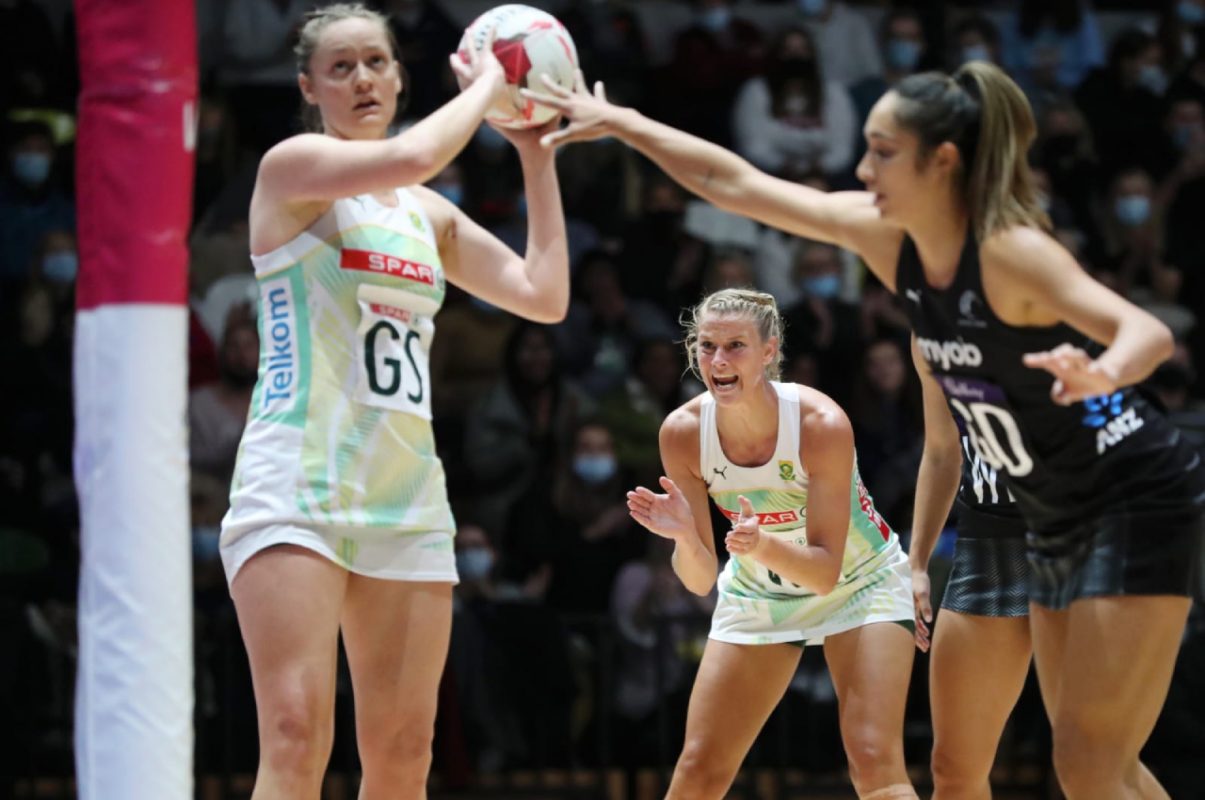 After their loss to New Zealand on Tuesday, 18 January, South Africa were looking to grab the bronze medal position in their last attempt of winning their final game at the tournament.

In the first quarter, the Proteas played goal for goal with their opposition, until New Zealand went 1 goal up in the final seconds of the quarter.

At the start of the second half, the score was 25-28 in favour of New Zealand. The Spar Proteas stepped up a gear and took the game to their opponents. Ine-Marie Venter remained clinical with a 100% shooting rate and saw her side to a 1 goal lead at the end of the championship quarter.

With everything to play for in the final quarter, both sides played their hearts out, and New Zealand managed to fight back to claim small lead. However, the South were able to keep the lead only to one goal. The Silver Ferns slowed the game down in the dying seconds of the match to claim victory.

“Excellent game from both teams. I am immensely proud of the Spar Proteas, and I believe today we played better,” said Spar Proteas coachm Dorette Badenhorst.

“The team pushed New Zealand – we came here with a young team and tried new combinations. Our errors were minimised to five per quarter compared to the thirty we started with at the beginning of the tournament.”

Meanwhile, heartbreak for England as they missed out on the gold medal in the final against Australia, where Australia claimed their 6th Gold Medal after beating the Vitality Roses, 58-46 at the Copper Box Arena in London.