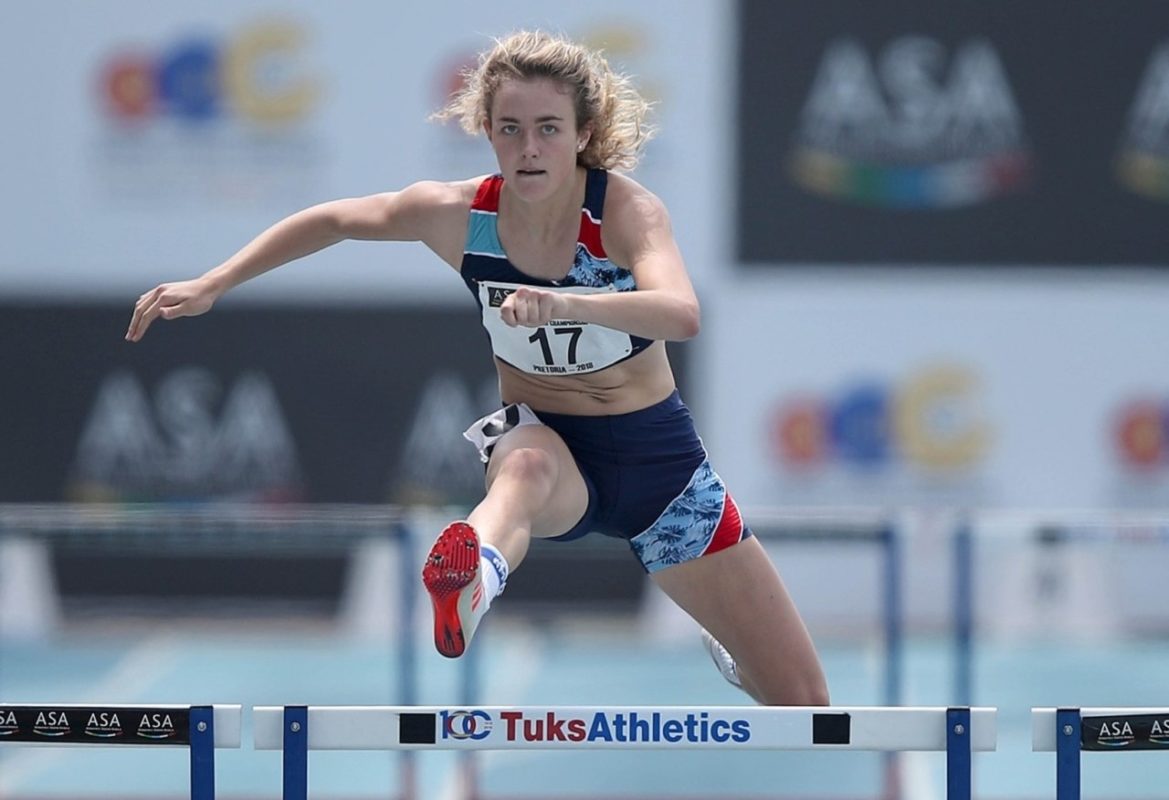 Zeney van der Walt won Gold in the 400m hurdles at the World U18 Championships in 2017.  Last year she repeated that success at the IAAF U20 World Championships.  Photo Credit:  Roger Sedres

The age group championships are the breeding ground for the next generation of stars who will follow in the footsteps of the likes of South African athletics legends like Caster Semenya.

Not only does it provide the athletes with the opportunity to perform at the highest level in South Africa, but it also exposes the next generation of athletes to the mechanics of a major championship from call rooms to heats and finals; a media presence, not to mention the aspect of travel and staying in locations that they are not necessarily used to. The age group championships are therefore the first steps to greatness.

Some athletes who stepped up to the plate as U18s have already made a successful transition to the U20s.  Sokwakhana “Soks” Zazini and Zeney van der Walt won Gold in the 400m hurdles at the World U18 Championships in 2017, leading South Africa to the top of the medal table.

Last year, they repeated that success at the IAAF U20 World Championships.

Gontse Morake is one of the most versatile athletes around, still under 18 she could rake in the medals on the weekend. Morake had set the U18 SA record in the 400m hurdles, won the 400m and triple jump titles at the CAA Southern Region Youth Championships and Africa Youth Games 400mh title in Algeria.

The 2019 Twizza ASA U18 and U20 Track & Field Championships is the perfect preparation ground for the next generation and there is clearly an upsurge in performances in the age groups, which can only be positive for the sport.

EVENT INFORMATION:  Twizza ASA U18 and U20 Track & Field Championships

The full programme of events will be available on the ASA website.

For further information on the Twizza ASA U18 and U20 Track & Field Championships please email [email protected] or visit www.stillwatersports.com

About Twizza:
A proudly South African carbonated soft drink, Twizza was created in 2003. We pride ourselves on providing the consumer with an authentic taste experience that rivals the global brands.