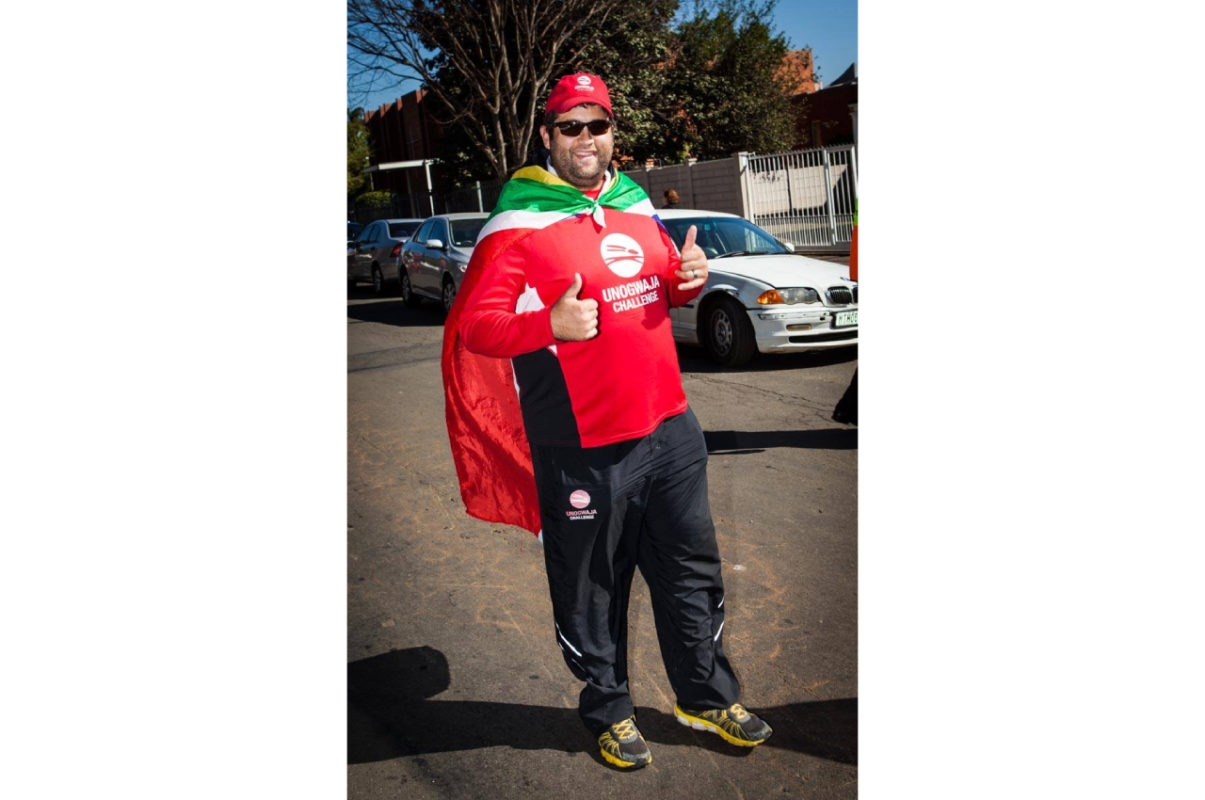 Award-winning sports journalist and founder of All the Things Jabu, Tyron Barnard, hopes to inspire young girls to be future sports stars through writing and broadcasting the success of current women in sport.

Coming from a financial background, Barnard had a burning desire to talk about his passion for sport and was influenced by a friend to start a sports blog.

He took on journalism part-time, often under immense pressure as he tried to build a credible CV to convince those in the sport industry that he was genuinely interested in telling sports stories.

Today, Barnard is a well-known writer and features regularly on various sports channels as he voices his opinions on the challenges that are faced by athletes.

Chatting with Celine Abrahams, Barnard reflects on his journey which has yielded media awards success and aspirations.

Tyron, thank you for making time for gsport. Where does your passion for sport come from?

Mostly from my late father. Growing up we watched, played and spoke about sport. There were hours of discussion of tactics, cheering the glory and of course crying in devastation, too!

How did you get into the sport industry and what were some of the challenges you faced?

Passion. I am a proud South African who loves telling stories. This passion overbubbled, so to speak, when Philip was here in 2010. Although my qualification was elsewhere, the only thing I really wanted to talk about was sport. I was influenced by a friend to start a sports blog and All Things Jabu (My nickname which means happiness, exactly what sport means to me) was formed.

“Being a full-time financial professional meant that my part-time foray into journalism was often under immense pressure.” – Sports Journalist, Tyron Barnard

Being a full-time financial professional meant that my part-time foray into journalism was often under immense pressure. While building a CV that allowed people to realise that I wasn’t someone who was a fly-by-night but just genuinely interested in telling sports stories was also challenging to begin with.

Please tell us about the initiatives/projects that you have been involved in over the years.

There have been so many. From a social perspective, linked with sport, I am the adoptive parent of Heathcliffe the Cheetah at De Wildt Cheetah Sanctuary. Heathcliffe is used to help educate children around the country. I have been actively involved in the Zenzele Feeding Scheme in the past. But arguably my favourite was my involvement for three years with the Unogwaja Challenge. A challenge that saw 12 cyclists travel from Cape Town to Pietermaritzburg in 10 days, before running the Comrades Marathon on day 11. We raised over R3million at the time I was involved. That was contributed to the Unogwaja Light Fund, an education focused trust governed by Community Chest.

Some of the projects I am currently involved in include launching Hockey the Magazine, a locally produced magazine that will give media interested people an opportunity to produce stories and of course incredible stars the opportunities to have their stories told. The second edition was released on the 1 October and the magazine will be released every two months.

I also host Rayder Media’s Hockey the Podcast and Lockdown Sports Quiz along with award-winning Sports Broadcaster, Derek Alberts. There is a lot more, but for the interest of word count I’ll leave it there!

You play a major role in SA women’s hockey. Why is women’s sport so close to your heart?

My personal journey has been massively shaped by inspirational women. Overcoming some very difficult grief in my life, I was supported by a good councillor (and ex-golfer) Janine Hopkins – she was killed on her bicycle this year. Janine was just one of a handful of women who helped me reach my current destination.

“I believe that women are shining their lights and in so doing can inspire all people to become the best possible version of themselves.” – Barnard on why he supports women in sport.

“As we let our own lights shine, we unconsciously give others the permission to do the same,” this is a quote that is inscribed in my heart and one I live by. I believe it is also the answer to your question. I believe that women are shining their lights and in so doing can inspire all people to become the best possible version of themselves. I am passionate because although women are shining their lights, those lights are not always being placed where they can be seen. I see myself merely as a facilitator of putting them in the place they can shine best.

What improvements do you think needs to take place in women’s hockey to get us on par with the rest of the world?

The answer to this question has so many different facets to it. And, it’s an idea we have explored in the second edition of Hockey the Magazine in some depth. Our biggest challenges are financial, geographical and personal.

Financial – there is no money. To solve this, we need money. Of course, that’s the easy answer but there are some great solutions that will minimise the costs and maximize the effectiveness.

Geographical – South Africa is too big to have a central league, so the best possible option is to create a centre of excellence where all high-performance players would have to live. That’s got a lot more challenges to it than there is space on this post to discuss.

Personal – There are too many individuals involved in hockey. Ultimately for hockey to succeed we would need less silos and more collaboration.

The largest individual challenge is the financial one. Hockey is not a professional sport in South Africa. To play professionally you need to move overseas but then it involves a significant investment to return to play for the country.

Hockey players must stay fully fit while working full time jobs. It’s an unenviable situation to be in.

What are you hoping to do to make an impact to change these challenges that women in sport face?

Through the articles I have written, through the magazine that we have launched, through the 60 episodes of the podcast, through the TV and radio programmes I have appeared on. I have constantly shared the stories of these inspirational humans. It is my desire to inspire other youngsters to be the future Pietie Coetzee’s, Phumi Mbande’s and more.

I also would love to get to a point where the exposure we create for these superstars leads to them being more recognized around the country for the legends that they are.

Award highlights will include being a SAB Sports Media Award winner, a gsport Awards finalist and of course being chosen as one of the Top 35 Chartered Accountants under 35 in South Africa (Winning the Out of the Ordinary award).

Experiences include travelling to Swakopmund and Croatia with the SA Indoor Women, being invited to speak at a few schools and of course celebrating my 1000th hockey article published in February this year.

What keeps you motivated when the going gets tough?

What would you say to encourage other male journalists to get involved and support the growth of women’s sport in the country?

I think as media, men or women, we have a responsibility to tell incredible sporting stories. There is no gender to the word incredible. If you have been given a platform you have a responsibility to use it to inspire, to lead and to change. There are so many wonderful stories in women’s sport that deserve to be told. A journey of a thousand miles begins with a single step. Take the first step and you will reach 1000 quicker than you think.