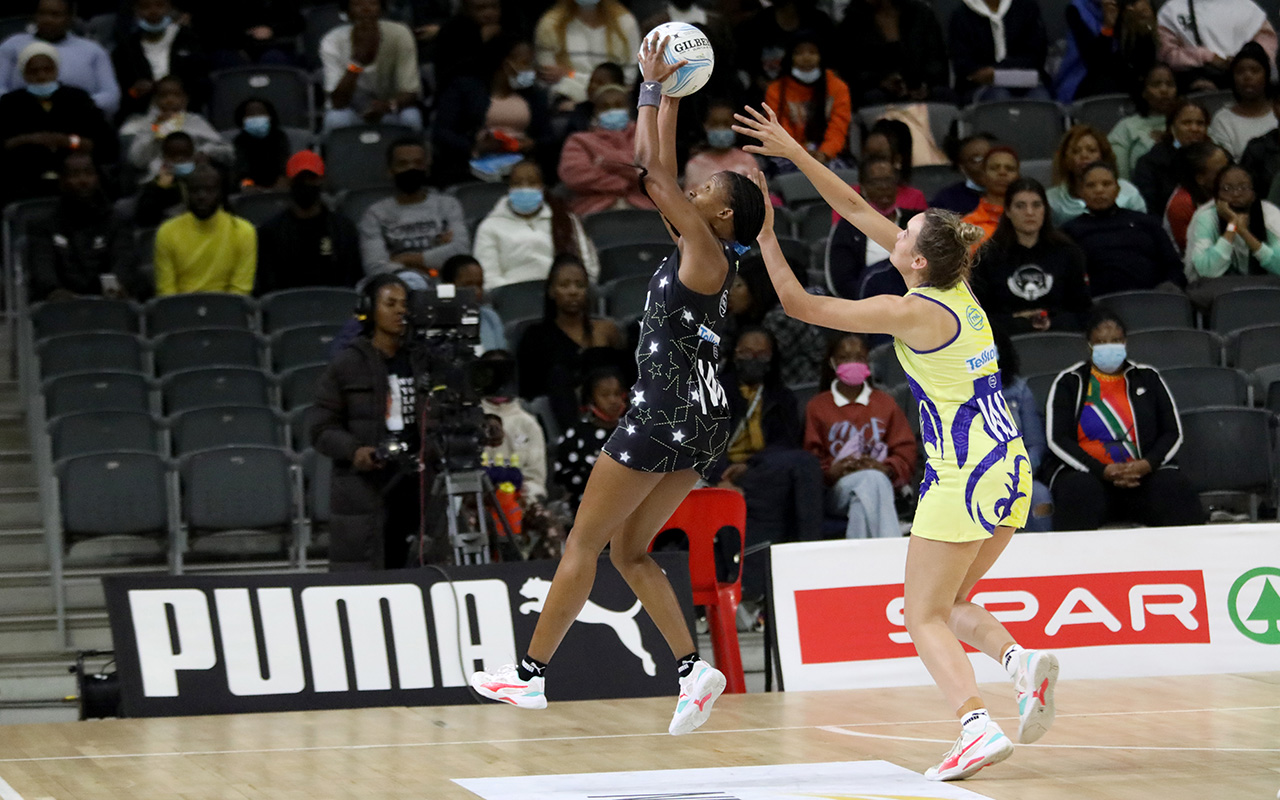 The Golden Fireballs remain unbeaten in the 2022 Telkom Netball League after beating Kingdom Stars 49-28 to conclude match day eleven at Heartfelt Arena in Pretoria on Saturday.

A tightly contested first half saw both teams secure six intercepts apiece with the Stars making 22 turnovers to the Fireballs 21, but it was the Gauteng side who made more conversions to lead 21-15 at half-time.

The Fireballs were determined to get the job done and shut down the Stars’ attacking efforts to restrict them to just five goals in the championship quarter and continued their form throughout to beat the KZN side 49-28.

“We had a much better start than the previous game so I’m very positive about that.” – Stars coach Marguerite Rootman

“To be very honest, I think some of the players aren’t fit enough to do that, fitness did come into play because the combinations really did work. I was forced to make a few changes, changes that I made that I was certain they would work but didn’t. That’s on me, not on the players.”

Tornados coach, Danlee Mathews, believes her players have more to give: “Definitely not clinical enough today. We played twenty seconds of very good netball and then we went back to our old habits. I’ll take the win even though I’m not entirely happy with the win but I am happy that we can learn from the good things we did and just build on that for tomorrow’s match against the Baobabs’’.

Flames vs Stings Start the Day

Earlier, a division one encounter between the North West Flames and the Southern Stings got day two of the Telkom Netball League third leg underway.

The Stings were without key player- Nicola Smith who has been rested for this weekend but that didn’t stop the team from sealing a comfortable 69-49 victory.

The Flames put up a good fight in the first half to trail by just seven goals but they were unable to keep up with the masterful performance that the Stings were dishing out. The Flames remain winless after six games while the Stings moved one spot up to third on the log.

Game two saw the in-form Eastern Cape Aloes do what they do best to secure a 46-30 win over the Queens.

Aloes’ coach- Sameisha Esau says this is the perfect time to rest some of her influential players.

‘’This is what I will be doing going forward, I will be resting most of my players. Siphosethu Kilani is one of my players that is resting this weekend but she will be back next weekend. Tomorrow (Sunday), we play Diamonds and I would like to rest most of my starting players going forward in the competition’’.

The Queens have conceded 91 goals in two matches and have only managed to score just 60. Their last victory was in April during Power Week in Durban where they won by just one goal in front of their home crowd.

In game three, the Limpopo Baobabs made a couple of surprise changes, taking off Goal Shooter- Muhluri Hlatshwayo in the final quarter and slotting in usual Goal Keeper- Nthabiseng Mothutsi on the GS position, but that still didn’t affect their full game solid performance, which produced a 50-39 win over the Eastern Cape Comets.

This might have been a disappointing result for the Comets who came into the game after back-to-back wins, but they will certainly pride themselves in the character shown on court.