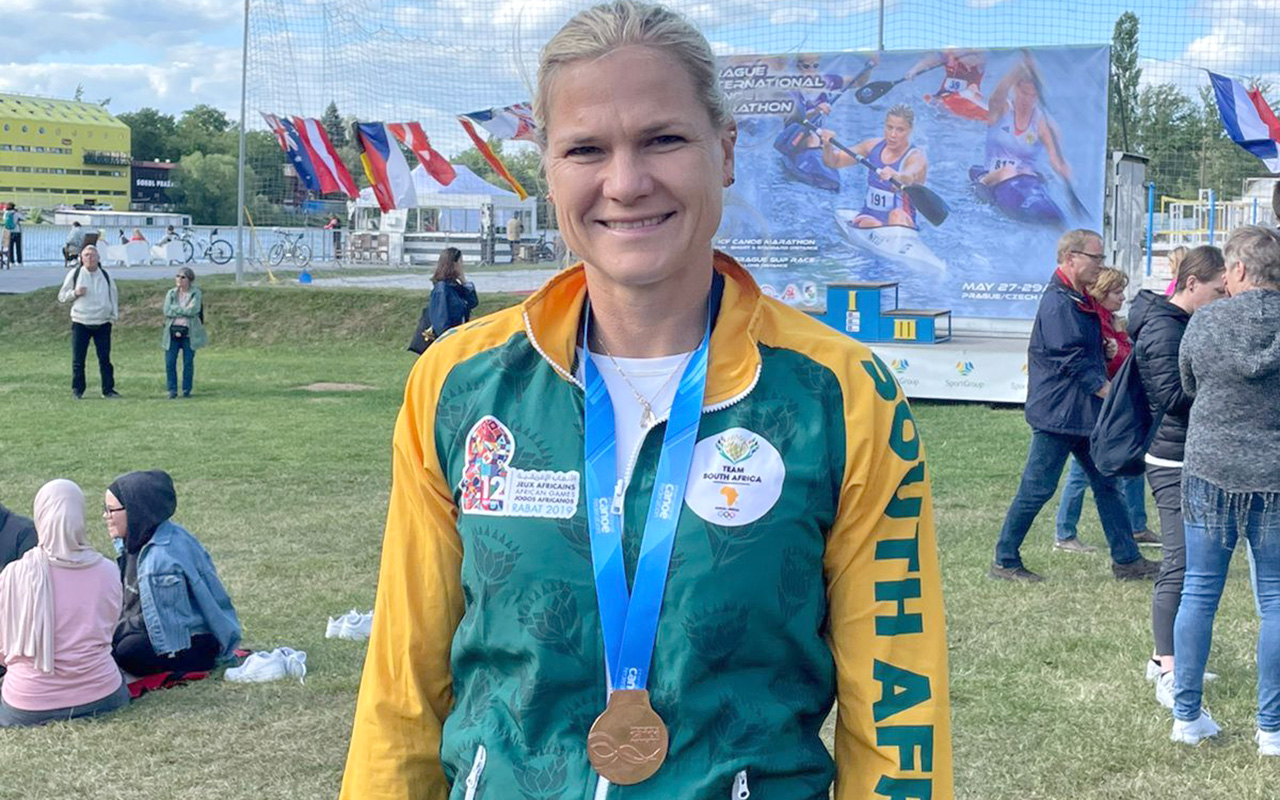 Bridgitte Hartley grabbed a bronze medal for South Africa in the short course race at the ICF Marathon World Cup in Prague on Saturday afternoon.

The 38-year old sprint ace from Pietermaritzburg who won a bronze at the London Olympics in the 500m K1 final in 2012 had to bounce back from a mishap midway through the race to secure her place on the podium, and fire her up for the long marathon race on Sunday.

“We had some challenging conditions here in Prague,” she said after the race. “The course is on a river so it is not all smooth sailing, but that is what marathon is all about.”

Hartley was on the front bunch as they came into the jetty for one of the race portages, chasing eventual race winner Vanda Kizsli of Hungary.

“The nose of my boat went under the jetty on the first portage,” Hartley said. “I had to get it out and empty the water out of my boat while I was running the portage.

Hartley has qualified to race in the Senior Women’s K1 over a distance of 26,2 km in a field of 22, with results expected on Sunday.

Meanwhile, in nearby Poznan in Poland, Esti van Tonder continued to build her impressive sprint career by racing to a fourth in the 200m K1 semi-finals, securing her a place in the B final in the key event at the ICF Sprint World Cup.

She is competing at the event with Chrisjan Coetzee, who secured a place in the men’s 500m K1 semifinal, where he finished seventh to race into the C Final.

The event in Poznan has been hit by bad weather and the programme of event has been adjusted deal with the strong winds and swell battering the Polish course.

More details can be found at www.canoesa.org.za

Copy by Canoeing SA with editing by gsport