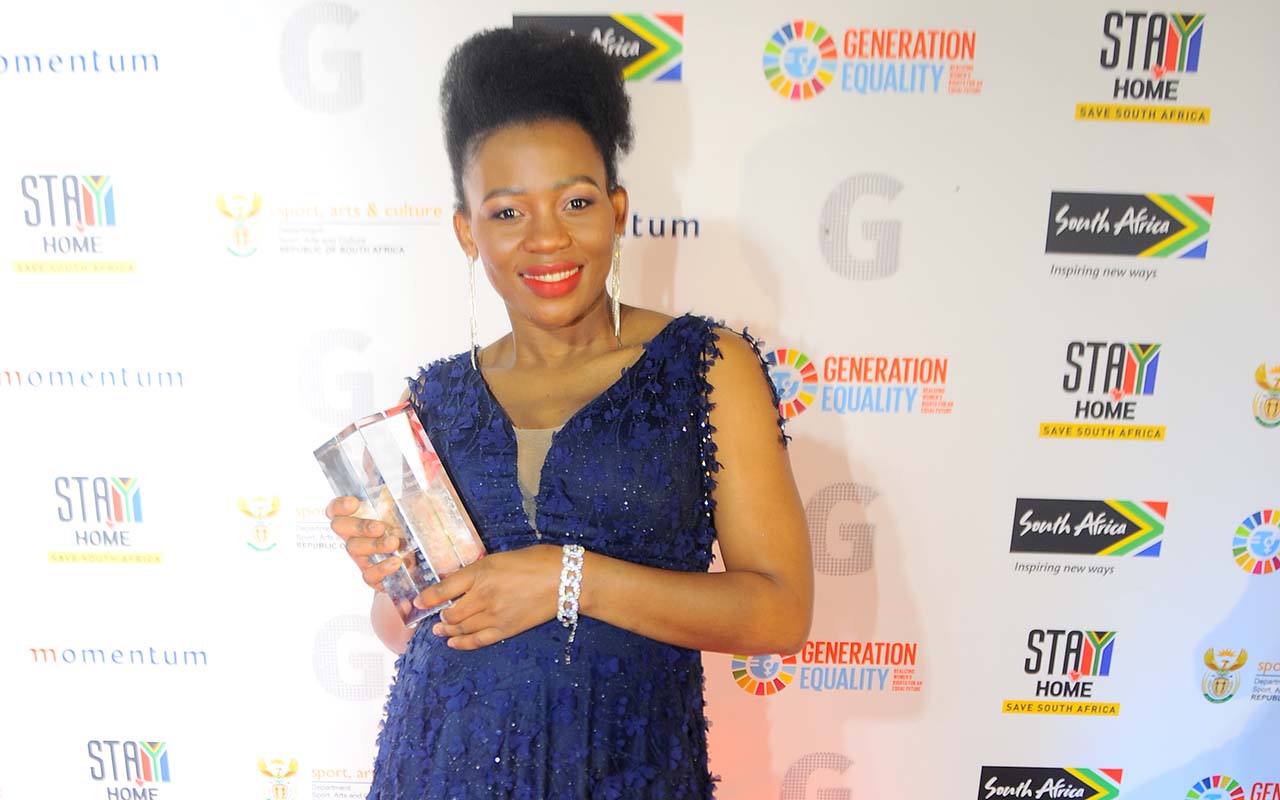 This award honours a formidable woman who leads from the front and makes a significant contribution to the growth of their sporting code and the industry at large. She is a woman in sport who breaks boundaries while opening doors for others to follow suite.

Gymnastics has been on the rise in South Africa, thanks largely to Anne Vermaak, who provided strong leadership at a time when lockdown threatened the financial sustainability of many sporting codes. So, it’s unsurprising that this sporting code features four times on the #gsport16 shortlist, with Gymnastics SA looking to defend its 2020 Federation of the Year title, Naveen Daries up for Emerging Athlete of the Year, Ilse Pelser shortlisted for Coach of the Year, and now Vermaak vying for top honours in the Telkom Woman of the Year category.

Vermaak says she couldn’t have done it without her formidable team: “I work with the most dedicated team both in the office and on the ground. What makes us achieve these amazing results is rooted in our unity as a federation and I could have not asked for a better team. I am so ecstatic to be a finalist for the Telkom Woman of the Year, what an honour. These awards have played a leading role in showing all of us how to celebrate and honour women in sport and to be in the list of finalists for the 2021 edition along with the federation I lead and some of our leading athletes is definitely something to celebrate.

“What made me so happy in the past year was successfully launching our Rope Skipping in a box initiative and the Skip Nation competition that helped us cultivate and extend our reach in schools; for the first time in history, we had two women representatives at the Olympics. This is all achieved through collaborative efforts with the entire gymnastics fraternity who has been critical in ensuring the success of all the initiatives we managed to complete during an entire global pandemic. They were quick to adapt to change while prioritizing everyone’s safety. I couldn’t be any more proud of the team and supporters who came together to make sure that we remain afloat.”

Double #gsport16 finalist Kesa Molotsane, who is also up for Style Star of the Year, is a middle distance runner, who has now turned her focus to the administration of the sport she loves, as she works tirelessly to ensure that the needs of athletes are prioritized. In 2020, Inside Education named Molotsane on their list of South Africa’s Top 100 Shining Stars in the Sports and Recreation Category. Molotsane, a former gsport Public Choice award winner, was recently elected Vice Chairperson of the Athletes Commission at Athletics South Africa and is determined to make her mark as a sport leader.

She is over the moon to be shortlisted in two #gsport16 categories: “I can’t believe that this is happening, I am a finalist in two categories. I am so thankful and privileged to be doing the kind of work that changes people’s lives. I care a lot about athletes and their well being, and the work that I do affords me the opportunity to do that. Being a finalist for the Momentum gsport Awards means that someone sees and appreciates the work that I do. I truly love and enjoy the work that I do, not only has it changed the many lives of others but it has changed my own life and how I navigate the sporting industry. I am so supported, by the teams, athletes and communities that I serve.

“Getting this recognition means that the work we all put in is going a long way and doing a lot more than we ever imagined. I hope that this victory inspires a lot of young women who might be looking to do the type of work that I do. Passion, dedication and resilience go a long way in our line of work and to be honest this recognitions makes me believe that we are on the right track. I am grateful to everyone who nominated me and to everyone voting for me. Winning this award would mean everything to me and will go a long way in helping all the causes that I care about.”

SPAR Proteas captain Bongiwe Msomi has led with distinction both on and off the court. Msomi recently became only the third South African national team captain and the first woman to be signed by leading international agency, Roc Nation Sports. She has led the SPAR Proteas team to their best ever World Cup finish and alongside her on field commitments, she gives back to her community through the Bongiwe Msomi Legacy Project. She was also recently appointed as an ambassador of the DSTV Schools Netball League.

This is what Msomi had to say about being a finalist for the Telkom Woman of the year award: “I am thrilled to be a finalist for the Momentum gsport Awards. There was something so reassuring about being handed the Ministerial Award on stage in 2019. It is such a great affirmation of the work that we put on the courts to make sure we represent our countries in a reputable way. As a former winner at the awards I know the impact the awards can have on your career and the role they play in elevating women in sport. We have had such a tough year due to the challenges posed by the pandemic, COVID-19 really did us bad, but I am so glad that we were able to find pockets of sunshine despite it all.

“After the Women’s Challenge series got cancelled in 2020 due to Covid-19 restrictions, I am so happy that so many South Africans joined us for the virtual challenge and brought their A-game. I was recently signed by one of the biggest international sport management agencies and this means that I am paving a way for many other netball stars to believe that we can rise beyond the challenges we face in the sport. Despite the challenges we face we are grateful to still have brands like Telkom and SPAR backing us up and investing in the game. I would like to congratulate everyone who is on the list of finalists and wish them all the best ahead of the awards ceremony.”

← Mentoor, Van Dyk, Pelser In Line for Coach of the Year Will SPAR Proteas Retain Team of the Year Title? →