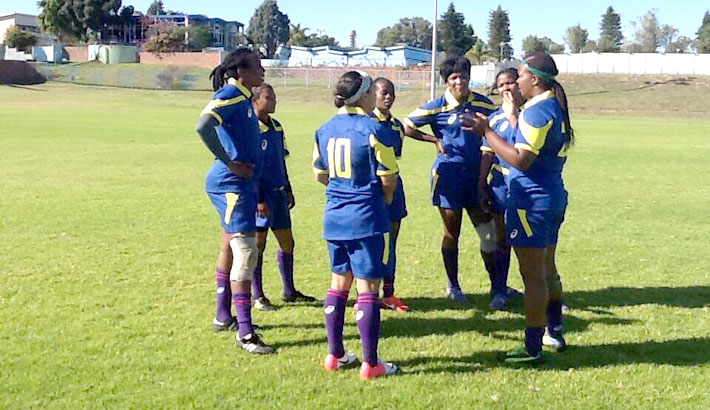 The Springbok Women will resume their preparations for the IRB Women’s Rugby World Cup and their warm-up tour to London and France on Wednesday with a four-day training camp in Cape Town.

A training squad of 24 players, which excludes the Springbok Women’s Sevens players who are currently in Amsterdam preparing for the IRB Women’s Sevens World Series on Friday and Saturday, will assemble at their base in Cape Town on Wednesday.

A Springbok Women’s squad will be selected in the next few weeks to travel to London on June 25, 2014, for two warm-up matches against the Nomads, followed by a trip to France for a match against World Cup hosts and pool contenders France on July 4, in preparation for the international showpiece outside of Paris from August 1 to 17.

The national training squad will participate in a series of field training sessions over the next few days under the guidance of Springbok Women’s head coach Lawrence Sephaka and the SARU Mobi-Unit before playing against a SARU Women’s Interprovincial squad at DHL Newlands on Saturday in a curtain raiser to the DHL Stormers’ Vodacom Super Rugby clash against the Force. The match will take place at 14h30 on Saturday.

“We made a commitment last year when we qualified for the IRB Women’s Rugby World Cup that we will do everything possible to ensure that the players are well prepared for the tournament, and these camps play an important role in this process,” said SARU’s GM of High Performance Rassie Erasmus.

“The players have been training hard in the last few months with the satellite coaches in their respective provinces, but it is vital that they have the opportunity to gel as a unit before the World Cup. The series of warm-up matches will be equally important as it will offer the coaches an opportunity to see the team in action, while also offering the players an opportunity to prepare mentally for the big stadiums and pressure situations they are expected to face at the World Cup.”

A separate SARU Women’s Interprovincial squad of 22 players was also named and will train on their own in the next few days.

The Blue Bulls Rugby Union were the largest contributors to this squad with six players, while there were four each from Border and the Western Province rugby unions and three from Eastern Province, which made up the bulk of the squad.

Main photo caption: The Springbok Women will resume their preparations for the IRB Women’s Rugby World Cup and their warm-up tour to London and France on Wednesday with a four-day training camp in Cape Town. Photo: Supplied