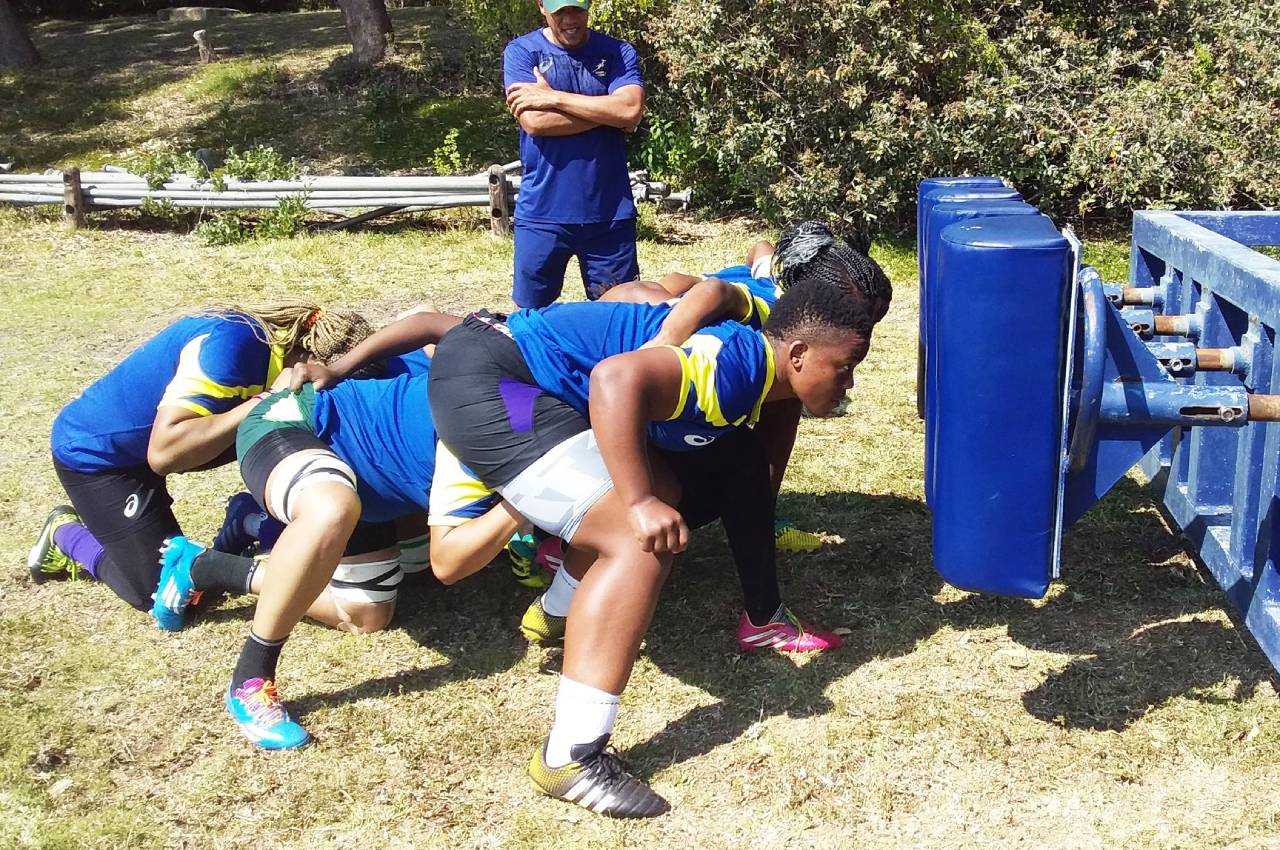 Babalwa Latsha said the Springbok Women were ready to measure the progress they have made as a team since the 2021 Rugby World Cup Qualifiers in Gauteng in August as the clock winds down to Saturday’s Test against Spain at the WJ de Wet Stadium in Despatch.

The team have been in Port Elizabeth since Sunday, 8 September, where they have been preparing for the Test and a friendly match between the SA Select Women and Spain Invitational XV – which the visitors won 17-5 last Saturday – but the intensity rose dramatically this week as the team switched in full Test mode.

“We are very excited about the game,” Latsha, Springbok Women’s captain, said at a coaching clinic at Mzontsundu High School in Kwazakele on Wednesday.

“We have been building to this test against Spain and the next two against Scotland for some time now. Our preparation started before the World Cup Qualifiers last month, so we are keen to see how far we have come as a team since then.

“Our training sessions here in Port Elizabeth have been going well and we are all on the same page in terms of what we need to do on the field and what is required of us at training. So, it is now a matter of transferring that onto the field.”

Latsha relished the opportunity to showcase their skills in a region that is widely regarded as the heartland of women’s rugby in South Africa and said: “It is fantastic to play in the Eastern Cape, especially since this is the powerhouse of women’s rugby.

“We are looking forward to the locals coming to see what we have to offer. I think the match is going to be a good spectacle for all of the Eastern Cape to enjoy.”

The skipper expects a tough challenge against Spain, but she said it was important for her charges to make their mark on the game as they hunt their fourth successive victory of the season.

“The most important thing on Saturday will be to be physical because that is essentially our brand of rugby,” said Latsha.

“We also want to play the quality of rugby I know we are capable of, but at the same time I would like the players to enjoy themselves on the field,” she ended.

Springbok Women’s coach Stanley Raubenheimer will announce his match-day squad for the clash on Friday.