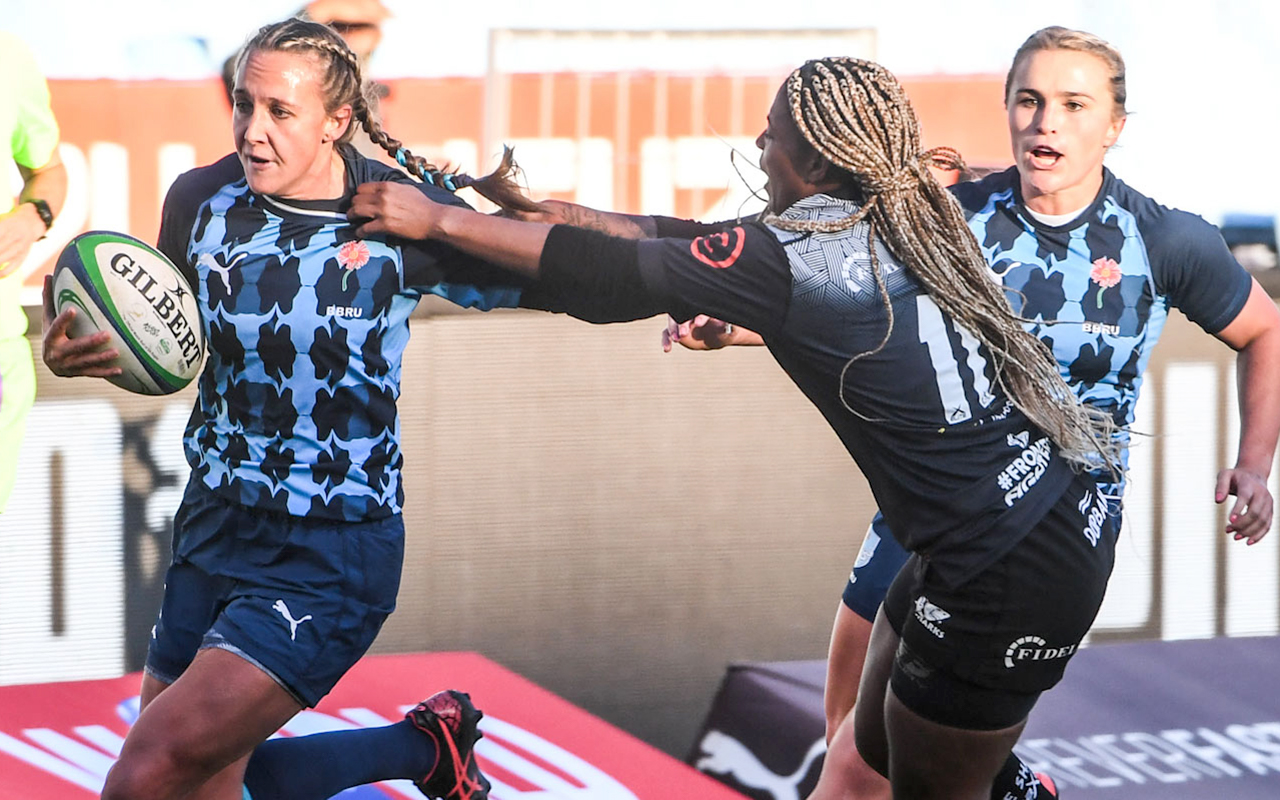 DHL Western Province underlined their class and took poll position at the halfway stage of the Women’s Premier Division with a big win over their fiercest rivals, the Border Ladies, while the Blue Bulls Women and Boland Dames also ensured they go into the second half of the competition with winning momentum.

The defending champions had too much class for Border and won this repeat of the 2019 final by 30-5 at Newlands on Saturday, 5 June 2021, outscoring the visitors by five tries to one.

Shortly thereafter, the Boland Dames made it two from two for the teams from the Western Cape over their Eastern Cape rivals by beating the EP Queens 25-15 in Wellington.

On Friday afternoon, the Blue Bulls Women scored three late tries in their 30-18 win over the Cell C Sharks Women in Pretoria.

DHL Western Province outclassed the Border Ladies 30-5 at Newlands in Cape Town on Saturday to remain the only unbeaten in the Women’s Premier Division at the halfway stage of the competition.

Springbok Women’s wing Veroeshka Grain contributed a brace as her team ran in five tries, while the Capetonians supported this with a determined defensive effort to limit the visitors to a solitary first-half try for their efforts.

The defeat for the Border Ladies ended their four-match unbeaten run, while it marked their fourth defeat in a row against the defending champions.

DHL WP made a strong statement in the first half as they dominated territory and possession, and this paid off as they scored two tries to enter the break 15-5 up, and they maintained this form in the second half to add another three tries to their tally.

Springbok Women’s flyhalf Zintle Mpupha put the hosts on the scoreboard early on with a penalty goal, and Grain added their first try in the 17th minute for an 8-0 lead after a strong maul allowed them to work their way close to the tryline.

The hosts continued to apply pressure on attack as the half progressed, and their efforts were rewarded a few minutes before halftime as Megan Kannemeyer (centre) gathered an effective inside pass by Grain who made good yards out wide to push them 15-0 ahead.

The visitors, however, had the final say in the half as their hard-working flanker Lusanda Dumke went over on the stroke of halftime after some hard running close to tryline, which saw them enter the break trailing 15-5.

Springbok Women’s scrumhalf Felicia Jacobs added her name to the scoresheet in the second half as she took a quick tap to score DHL WP’s third try, and Donelle Snyders (fullback) followed suit to touch down for their bonus point try as the third quarter closed out.

With momentum and confidence on the home team’s side, Grain crossed the chalk for the second time to seal the rewarding 30-5 victory.

Demi Nel’s learned boot was the big difference as the Boland Dames beat the EP Queens by 25-15 for their second victory in the Women’s Premier Division season, after leading 12-5 at the break.

Nel, playing at outside centre, landed four out of her six attempts at goal and scored a late try for the Dames, who had to work very hard for this victory over a tough Queens side.

Both sides were intent on attacking hard, with turn-overs from mistakes creating opportunities to run with the ball, which in turn led to solid defence from both teams with little room to move.

The Queens got the scoreboard ticking after a hard-fought first 10 minutes when Ncediswa Mngeni (lock) scored after a barnstorming run close to the Boland line.

The home team hit back five minutes later with a well-worked try from Springbok Women’s centre Aphiwe Ngwevu, who crashed over after a quick-tap penalty inside the EP 22.

Built on the foundation of a dominant scrum, the Bolanders were slowly building momentum and they took the lead shortly before the break when Bernice Strydom (No 8) crashed over after a number of attacking rucks.

EP hit back early in the second half when Zintle Nini (flyhalf) scored a superb try in the left-hand corner, which was set up by some enterprising running by their fleet-footed backs which had the Boland defence at sixes and sevens.

Nel put her side five points clear with a penalty goal in the 52nd minute, but EP went back into attacking mode and drew level when their replacement prop Amahle Nyoba went over for the Queens’ third try after sustained pressure.

With less than 10 minutes to go, Nel added her second penalty goal and third successful kick from four attempts to put the home team ahead by three points again.

Nel had another opportunity to add to the score but missed with a penalty attempt as EP were reduced to 14 women when Abongile Gcwememe (wing) was yellow carded for pulling back an opponent as they chased the ball.

Moments later Boland made this numerical advantage count when Nel sealed the victory with a well-worked try on the left-hand side of the field, which pushed her personal contribution to 15 points in the match.

The Blue Bulls Women scored three second half tries to shut out the Cell C Sharks Women for a 30-18 bonus-point victory in a tightly contested Women’s Premier Division match at Loftus Versfeld in Pretoria on Friday.

The first half was a ding-dong battle with the lead exchanging several times as the teams ran hard at one another on attack, and the close nature reflected in the score as the teams entered the break tied on 13-13.

The teams maintained their urgency on attack in the second half, but the hosts made better use of their point-scoring chances, outscoring the visitors three tries to one, which saw them close out the match with four tries to three for their second win in a row.

The Blue Bulls Women created more opportunities on attack in the first half thanks to their strong running and fantastic support play but handling errors at crucial times cost them valuable points.

This saw the hosts score only one try in the opening stanza compliments of Daphne Scheepers (centre), while Libbie Janse van Rensburg (flyhalf) kept the scoreboard ticking with two penalty goals and conversion.

Janse van Rensburg pushed her team back into the lead shortly after the restart as she gathered a loose ball and dashed to the tryline, and she added the extras to hand them a 20-13 lead.

Blue Bulls lock Lerato Makua added the team’s third try in the 68th minute after a fantastic break by Vazi, which allowed them to create some breathing space on the score board, and they snatched the bonus point in the dying minutes as Malinga sprinted around the defence to touch down for the 30-18 victory.