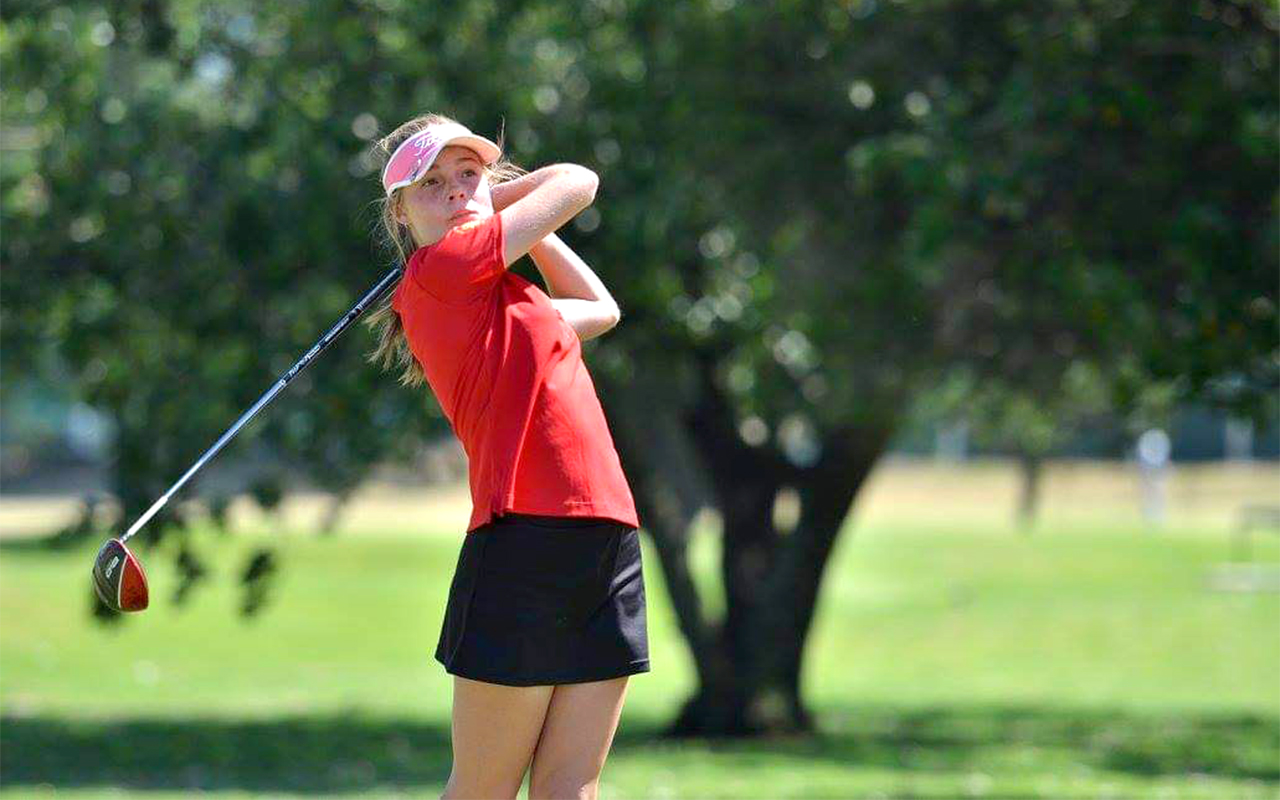 17-year-old Samantha Whateley remains in pole position to secure the biggest win of her career after a second consecutive round of 70 left her with a two-shot lead in the SA Women’s Stroke Play Championship on the West course.

Ominously for Whateley, her nearest competitor is defending champion and South Africa’s No 1 ranked Caitlyn Macnab, who fired the day’s low round, a five-under-par 67 to narrow the gap and put herself in contention after an Opening 75.

“Two shots is nothing, especially given the quality of players in the field, but it is still nice to know that I am leading such a big event,” said the GolfRSA B-Squad member.

“I won’t change my game plan tomorrow. I will try to make sure that I hit all the fairways and hopefully give myself birdie chances.

Whateley, who hails from Country Club Johannesburg, got off to bit of a shaky start and dropped shots on the 10th, 13th and 17th holes, but bounced back with birdies on the 12th, 15th and 18th to reach the turn at level par for the day.

Two late birdies, on the 7th and 8th, kept her in the driving seat.

Nadia van der Westhuizen and Megan Streicher are at level par, four shots off the lead, with Kiera Floyd a shot further back after a round of 69.

“I got off to quite a slow start because I wasn’t getting the ball close enough to the hole to give myself good birdie chances,” said Macnab. “It was only at the end when I started rolling a few in.

“I’m only two shots back, so anything can happen. I’ll go and work on my game now and hopefully tomorrow I can put in a strong performance.”

In the B-Section, 11-year-old Kaitlyn van de Vyver from Eagle Canyon carded a second round 79 on the West to open up a two-shot lead on 30 over par.

Umhlali’s Senayah Moodliar, who also registered a round of 86, is a further two shots adrift.

At the conclusion of the SA Women’s Stroke Play Championship, the top 32 in each division will advance to the match play stage, which will be played on the East Course.

In the B-Section, 11-year-old Kaitlyn van de Vyver from Eagle Canyon carded a second round 79 on the West to open up a two-shot lead on 30 over par.