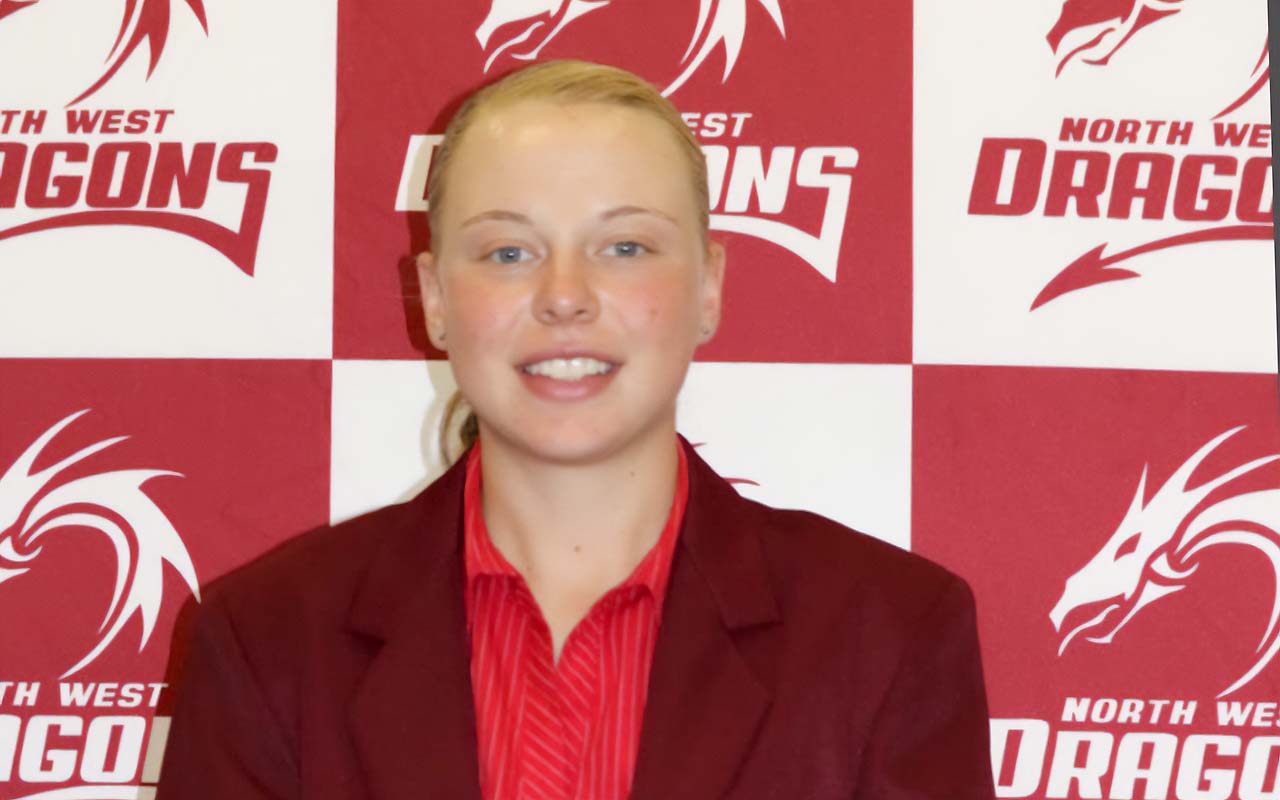 North West U19 team captain, Wilmi Mostert, is working towards making the final selection for South Africa ahead of the U19 World Cup in 2023.

At 10, Mostert developed a love for cricket after performing in Ringball at the SA Schools tournament and earning her provincial colours in golf.

The Wolmaransstad High School matriculant reveals that it was in primary school where she was inspired by the boys to get involved in the sport of cricket.

Since then, Mostert has been dedicating her time to honing her skills, revealing that her ultimate dream is to play for the Momentum Proteas and the Women’s Big Bash League.

Wilmi, thank you for chatting to us. Please tell us about yourself.

I’m Wilmi Mostert, almost 18 years old. We live in a very small town in the North West province called Leeudoringstad and I am the youngest of two children, I have an older brother. I matriculate this year at Wolmaransstad High School.

Sport is in my blood! For as long as I can remember I played sport. At 9, I played Ringball at the SA Schools tournament and played provincial golf. My love for cricket started when I was about 10 years old, from watching the boys at my Primary School play. Luckily, I had the opportunity to join them and from there my cricket career started.

How do you balance your school work and playing sport?

Balancing two crucial parts such as sport and school is always a challenge, but I believe with hard work and dedication it is possible to get the best out of both.

How did you join the North West U19 Girls team?

Please tell us about being captain of the team and how you felt when you were afforded the opportunity?

It is, of course, a great privilege to be the captain of the team. Along with the captaincy, however, also come great responsibilities. Thanks to our coach and the players in the team, it was very easy to fulfill my responsibilities as captain.

You recently played in the CSA U19 Girls Week. How did you feel about your performance and that of the team?

It was an honour to represent our province at the tournament. Although some players could not play due to Covid, however, the team pulled together well, and we managed to deliver a good performance. I am very proud of the team and although there is always room for improvement, we did a pretty good job.

You have been selected for SA National Schools at SA Fillies. How do you feel about the selection?

It has been a huge honour and privilege to be selected, knowing that my hard work is paying off is truly amazing. Although I may not have been selected for the SA A School team, I now know that I have what it takes to get to the highest level, and I will keep working.

Wow, there are so many sportswomen I admire. If I have to single out two players, it would be Tazmin Brits and Masabata Klaas, for the guidance they have given me during previous tours with the Senior Women. It is a great privilege to be able to learn from women of that caliber.

What do you hope to achieve in your career?

Firstly, I would like to be part of the squad selected for the U19 World Cup in 2023. My ultimate goals would be to play for the Proteas women and in the Women’s Big Bash League. It will be a great honour for me to represent our country and be an inspiration to other girls.

My drive is to be the best in everything I do, whether it’s on the cricket field, or in the classroom. I would like to become one of the most reckoned players in the world, I believe with the right mentality and hard work that can be achieved.

What are you looking forward to in 2022?

First to pass matric so I can have more time to spend on my cricket. Furthermore, I look forward to the rest of the season with the Senior Women, and to learning even more from them. I am also excited to start preparing for the 2022 U/19 tournament as I know we have a great chance of ending up top of the log.

Photo 1 Caption: North West U19 team captain, Wilmi Mostert, is working towards making the final selection for South Africa ahead of the U19 World Cup in 2023. Photo: Supplied