Wolvaardt Named in World Cup T20 Team of the Tournament 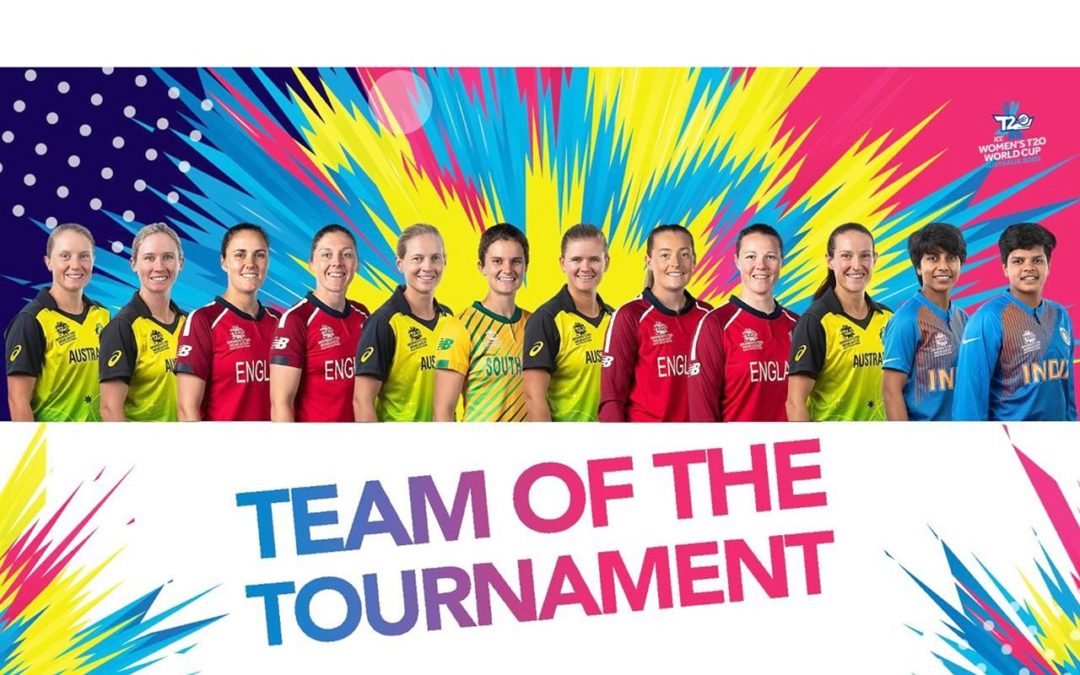 Having only batted in two innings but certainly making her mark, Momentum Proteas’ batter Laura Wolvaardt has been named at no. 6 in the ICC Women’s T20 World Cup 2020 Team of the Tournament, after assisting her team to qualify unbeaten for the semifinals.

The side was pulled together by a selection panel featuring commentators and former international players Ian Bishop, Anjum Chopra and Lisa Sthalekar, journalist Raf Nicholson and ICC representative Holly Colvin.

The 20-year-old South African struck 53 not out to take her team beyond Pakistan with a glorious array of straight and cover drives lighting up the Sydney Showground, and  she almost went one better in the semi-final against Australia, another eye-catching knock of 41 not out seeing her team finish agonisingly short of the Final.

Five Australian players feature in the team after winning the tournament on home turf, with Alyssa Healy and Beth Mooney did damage aplenty with the bat and the two reprise their roles as openers in the final XI.

They’re joined by fast bowler Megan Schutt, who took four wickets in the Final against India to finish as leading wicket-taker with 13, and left-arm spinner Jess Jonassen.

There is also a spot for captain Meg Lanning, who led Australia from the front both with the bat and in the field to guide her country to a fifth Women’s T20 World Cup title.

Healy and Mooney broke their own record set in 2018 with the most runs as a partnership in a Women’s T20 World Cup, with 352 at an average close to 60, and also made their second century partnership in four innings while Healy lit up Melbourne to record the quickest 50 in a Final and the highest score in the showcase.

The latter was beaten by her partner a few overs later, with Mooney’s unbeaten 78 seeing her reach 259 runs – the most for one player at any edition of the tournament.

The Australian pair are followed in the team by another stellar duo, with nobody bettering the 169-run partnership made by Nat Sciver and Heather Knight against Thailand.

The middle-order batters were in inspired form throughout, Knight becoming the first England cricketer to register centuries in all three formats with her ton against the debutants. Sciver’s consistency was remorseless in Australia, scoring half-centuries in three of England’s four completed matches to end her tournament with 202 runs and two wickets.

Ensconcing herself in the middle order is Lanning, who steered her country to an historic fifth Women’s T20 World Cup title and the first on home soil. Her 49 in the semi-final against South Africa will be remembered as one of the most vital innings of the competition, while her tournament-defining captaincy sees her named skipper for this team.

As for the bowlers, few could match the feats of left-arm spinner Jonassen, who finished with ten scalps in her six matches. The Australian took at least one wicket in each, with no better haul than the three for 20 against India in the Final which clinched a fifth title.

She’s joined in the XI by two record-breaking England bowlers in spinner Sophie Ecclestone and pacer Anya Shrubsole. No bowler has taken more than Shrubsole’s 41 Women’s T20 World Cup wickets, with eight coming in her four matches Down Under.

For Ecclestone, meanwhile, the sky is the limit for a 20-year-old who has taken a wicket in her last 18 T20I matches. A tournament tally of eight for 49 combines both wicket-taking ability and a stunning economy rate for Ecclestone, who now sits top of the MRF Tyres ICC T20I Bowling Rankings.

Coming in at ten is Schutt, with no player bettering the 13 wickets she took at a single tournament. That all came to the perfect conclusion at the MCG, finishing with four for 18 against an India line-up she had feared to win the Final for Australia.

Rounding off the XI is leg-spinner Poonam Yadav, who had Australia in knots in a dramatic opening game of the tournament. India’s leading T20I wicket-taker took four for 19 in the opener and didn’t look back, bagging three against Bangladesh before rounding off with wickets in each match.

Taking her place as 12th is teenage sensation Shafali Verma – who broke record after record at the top of India’s order. Fearless cricket had the opposition running scared of the 16-year-old, with her devastating 163 runs coming at a jaw-dropping strike rate of 158.25.

Photo 2 Caption: Laura Wolvaardt only batted in two innings but certainly made her mark on the action. Photo: ICC

Photo 3 Caption: The 20 year-old’s innings of 53 not out against Pakistan, and an eye-catching knock of 41 against Australia, ensured her credentials as one of South Africa’s stand-out performers on the world stage. Photo: gsport