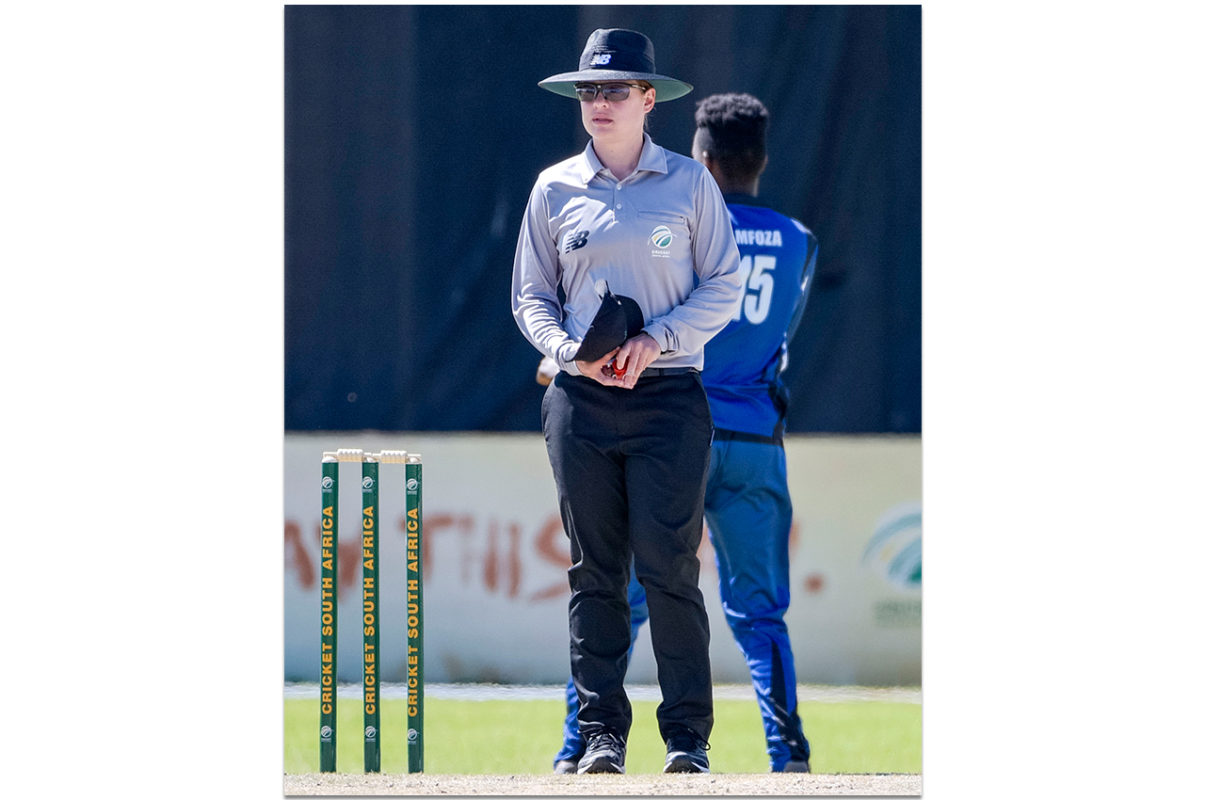 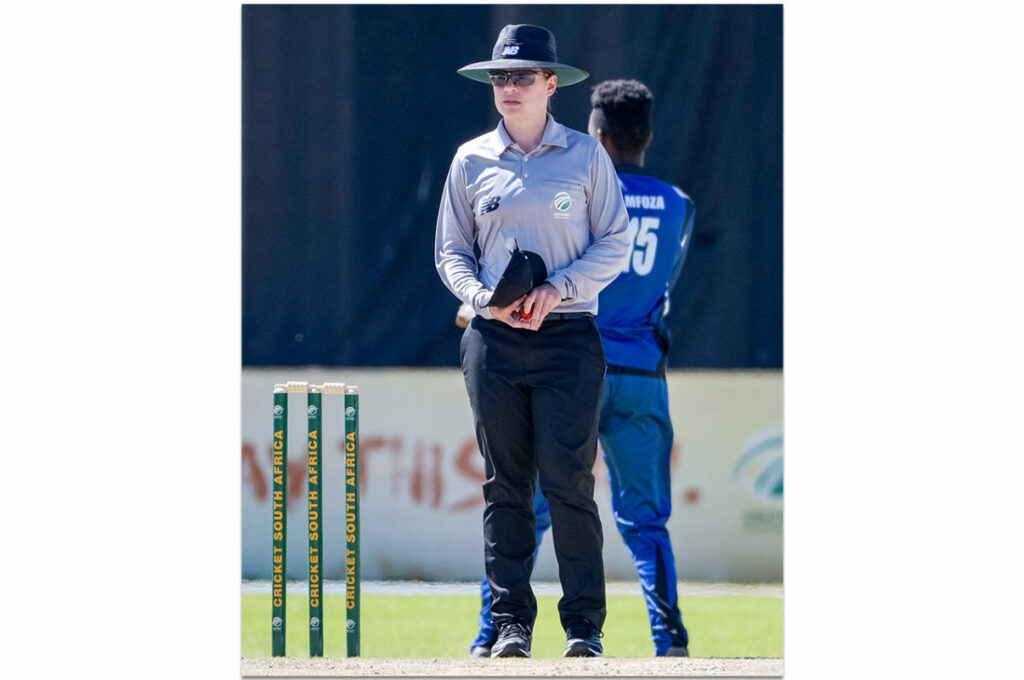 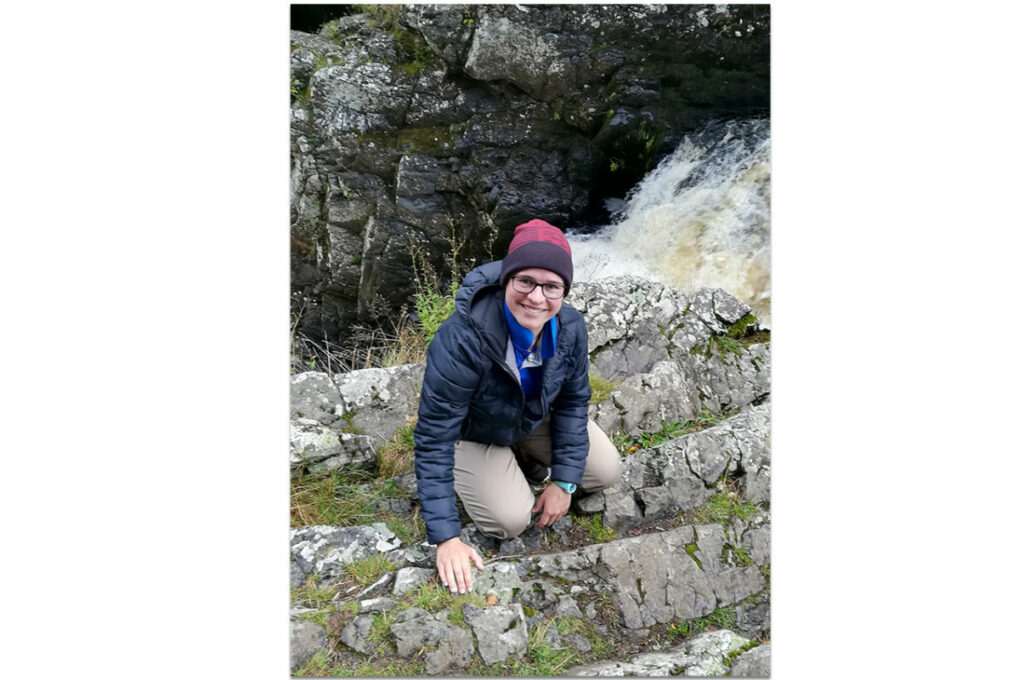 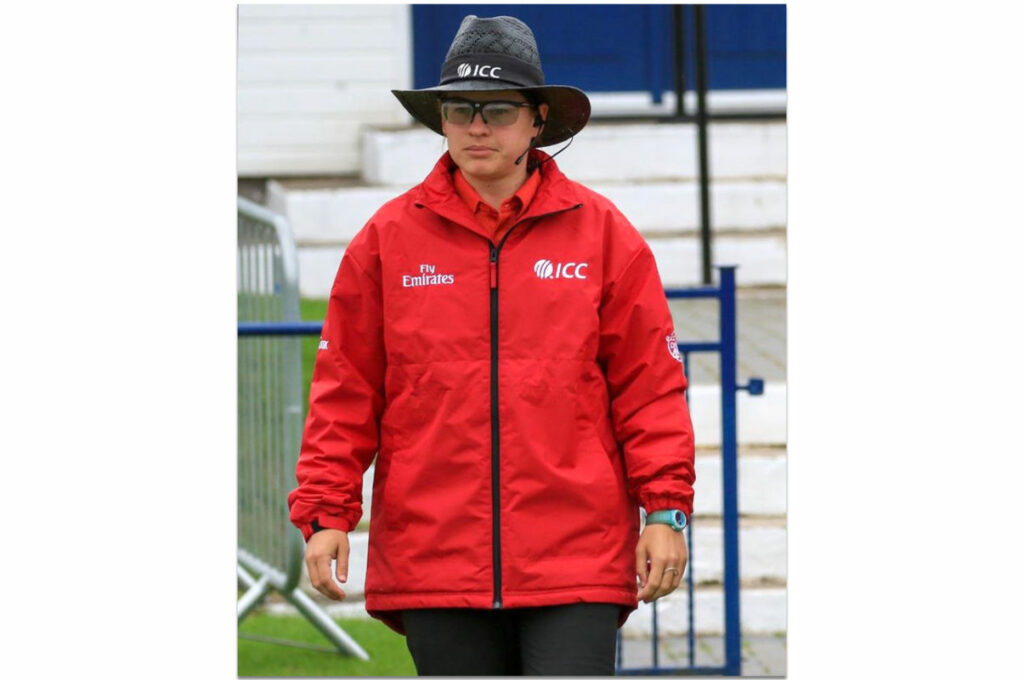 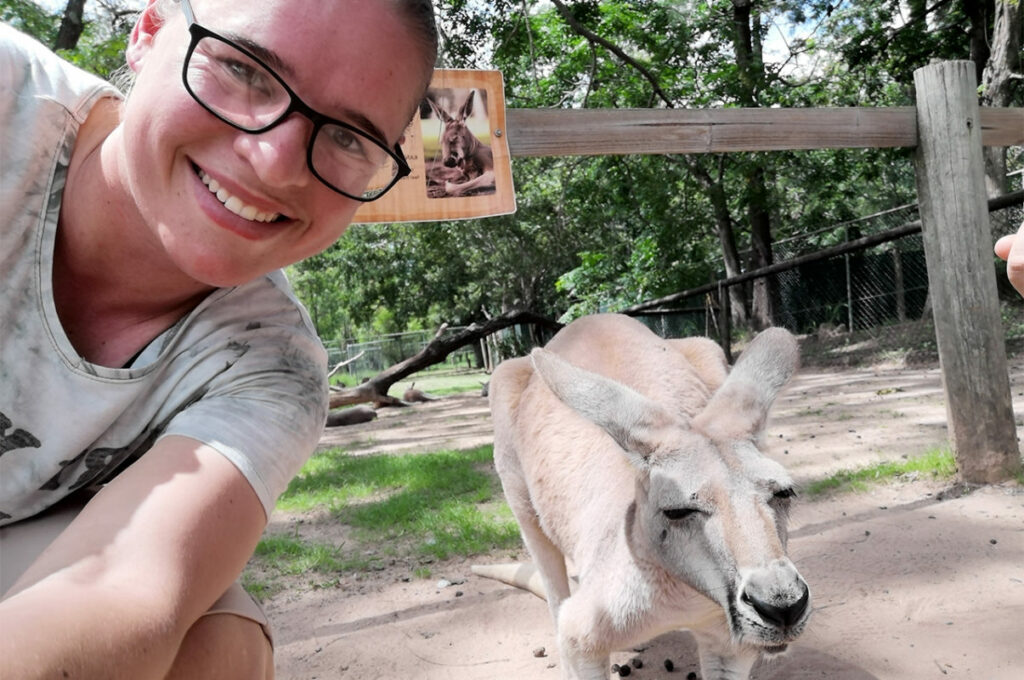 Women are continuing to break new ground in officiating globally, this to the delight of South African cricket umpire, Lauren Agengbag, who previously wrote her own chapter in Cricket South Africa’s drive for gender equality in the sport.

In a year which has been heavily disrupted by the global Coronavirus pandemic, women are forging ahead and making remarkable progress on field.

A standout moment in the recently concluded Women’s Big Bash League saw two women – Claire Polosak and Eloise Sheridan – lead the charge in the final between Sydney Thunder and Melbourne Stars in Australia.

Another breakthrough moment was the inclusion of French football referee, Stephanie Frappart, in a widely publicized men’s UEFA Champions League encounter between Juventus and Dynamo Kiev.

These incredible strides have opened the floodgates as opportunities are starting to open for more women to tap into these male-dominated spaces.

In 2019, Agenbag made history when she became the first female umpire to officiate in a men’s first-class game between the Central Gauteng Lions and Boland in the CSA Provincial three-day competition as well as the subsequent CSA Provincial one-day match between the same two sides.

In February this year, she was called up to stand in the upcoming ICC Women’s T20 World Cup as one of six women on the panel.

Abenbag chats to gsport about her career and also weighs in on the career possibilities for women in the world of cricket.

Lauren, it is pleasure chatting to you! During the WBBL Final, we witnessed a groundbreaking moment as Claire Polosak and Eloise Sheridan officiated the match! How big of a deal is this for women in cricket?

I think it is absolutely fantastic! Australia is blazing the trail for women’s umpiring (in cricket). It’s great to see that they have two women who are up there at the top level in terms of women’s cricket in Australia.

I also think this is a good thing because young girls see that umpiring is also a career option in cricket.

So well done to Australia for setting the example and hopefully, this opens the doors for women umpiring worldwide.

To further show that women are taking their place in officiating, France’s Stephanie Frappart became the first female referee to take charge of a men’s Champions League game when Juventus hosted Dynamo Kyiv. What is your view on women rising to the occasion and leading the way?

I think this is great for Stephanie but also for women’s sport as a whole. In the various sports codes, you see more and more women coming through the ranks. In rugby, you saw Aimee Barrett-Theron become the first woman to referee a top-level 15-a-side match during the Super Rugby Unlocked.

For women’s sport in general, it’s fantastic to see that it’s multiple sports codes giving female officials opportunities to officiate top-level matches. What is even sweeter is seeing these women step up and do a great job on the field, in a male-dominated sports code.

It surely is inspiring! Taking your journey into consideration, how did you get involved in cricket?

I was introduced to backyard cricket at a young age. My mom was a scorer so she’d always keep the score while my brother and I would play in the backyard. At the age of 8, my brother went to play club cricket and I informed my mom that I would like to try this as well because it looked like fun to me. I was about 6 at the time.

So, I started playing a bit of cricket at a very young age at junior club levels. At Primary School I joined the boys’ team since there were no girls’ teams at that stage. When I got to high school, I was playing club cricket as well as representing my school’s girls’ team. I also played provincial right through High School.

Why did you end up choosing to umpire as opposed to playing?

I lost interest in playing cricket, to be honest. I wasn’t enjoying playing the game anymore and to me, it doesn’t help going out every weekend, standing in the sun and you’re not enjoying what you’re doing. So, I decided to rather give up playing the sport, but I still wanted to somehow stay involved in the game or find a way to give back to the game, and that’s how the idea of umpiring came up.

I decided to give it a go, but I had to see if it is something that I’m firstly going to like and enjoy. I knew from the beginning umpiring was a tough job so it wouldn’t help me not enjoying that either.

It didn’t take too long for me to realize that I actually do enjoy this and it was something I didn’t expect. About a season and a half in, someone told me that I had a lot of potential to go international and if I wanted to, I should give it a go and really try and work at it. That’s when I decided to put in the hard work and see where this goes.

How long have you been an umpire?

It’s been about five years now. The upcoming season I’ll be celebrating my sixth year as an umpire.

What training did you have to do to become an umpire?

In the beginning, you have to learn and understand the rules of cricket and make sure you have that covered. You will need to know how to implement these rules as well. You need to understand the on-field technique as you get assessed on this. You have to find your own rhythm and routine for stuff that works for you.

So, it’s not only the theory part where you need to know all the cricket rules but also the physical side like how to stand, on-the-field body language, amongst other things.

In order to get qualified, you start at your local association where you do a level one, two, and three umpire course. They do advise you to get some on-the-field experience after each level because you are also required to write exams after each of the levels, and every exam is a bit harder than the previous one.

If your association sees the potential in you, they start sending you to age-group tournaments, where CSA then starts selecting for the U/19 tournaments. Once you get there and you perform well, and they think you’re good enough, they’ll invite you to do your national umpire exams. When you pass that exam, you are placed on the national reserve list panel. And that’s the end of the exams. After that, it’s strictly based on your on-field performance. So, to keep on climbing the ladder and hopefully get selected for international tournaments by the ICC, you have to perform.

What was your first international tournament?

It was the African qualifiers for the T20 World Cup in Zimbabwe in May 2019.

After a year of uncertainty due to the global pandemic, how did you keep physically and mentally fit?

I had no choice but to keep myself busy. I have a lot of energy so just sitting around at home was not going to work for me.

Yes, there were the virtual meetings and webinars that kept our minds busy and in the loop with regards to umpiring but I also needed to keep my body busy. And so, backyard cricket made its return once again, especially with my brother returning home as well. I was also lucky enough to have access to some gym equipment.

In umpiring there are always a few lessons to learn, and once you step out on that field, those lessons never stop. There is always something that you can improve on.

For me it was patience. I don’t have a lot of patience, but I had to learn patience in order to become a better umpire.

What are your views on the state of women’s cricket in South Africa?

We are at the stage where the Momentum Proteas are playing phenomenally well. If we can get that out there, we might garner the interest from young girls who want to grow up to become the next Mignon du Preez, Marizanne Kapp or Shabnim Ismail.

How do think we can improve the women’s side of the sport in the country?

For South Africa, I think we just need to get the exposure out there and bombard the public with fixtures and tournaments.

I remember two years ago I was sitting at the Wanderers and behind us sat a family. We started chatting and the mom revealed that before this, she didn’t even know there was women’s cricket and I was so shocked. It just showed me that we need to do more to give women’s sport the exposure it deserves.

Are there more women interested in taking up umpiring as a career and what needs to be done to make sure that women are given opportunities?

There are a lot more women interested and that’s in South Africa alone. The age-group tournaments are really the best place to start and you have a lot of support during those tournaments too, to hone your craft. This is where your potential as an umpire is recognized and there are various people who can assist you polish your skills.

I think that women should be grabbing those opportunities and it’s really okay to start at the bottom and work your way up.

Make sure you enjoy it! It’s not the type of job for someone who is not going to enjoy it because the days are going to become very long and hard if you don’t enjoy it.

Once you have the enjoyment, just continue to work hard and when advice is given, don’t take it to heart. Learn and grow from it. Try and improve on the things that have been pointed out and that needs improvement.