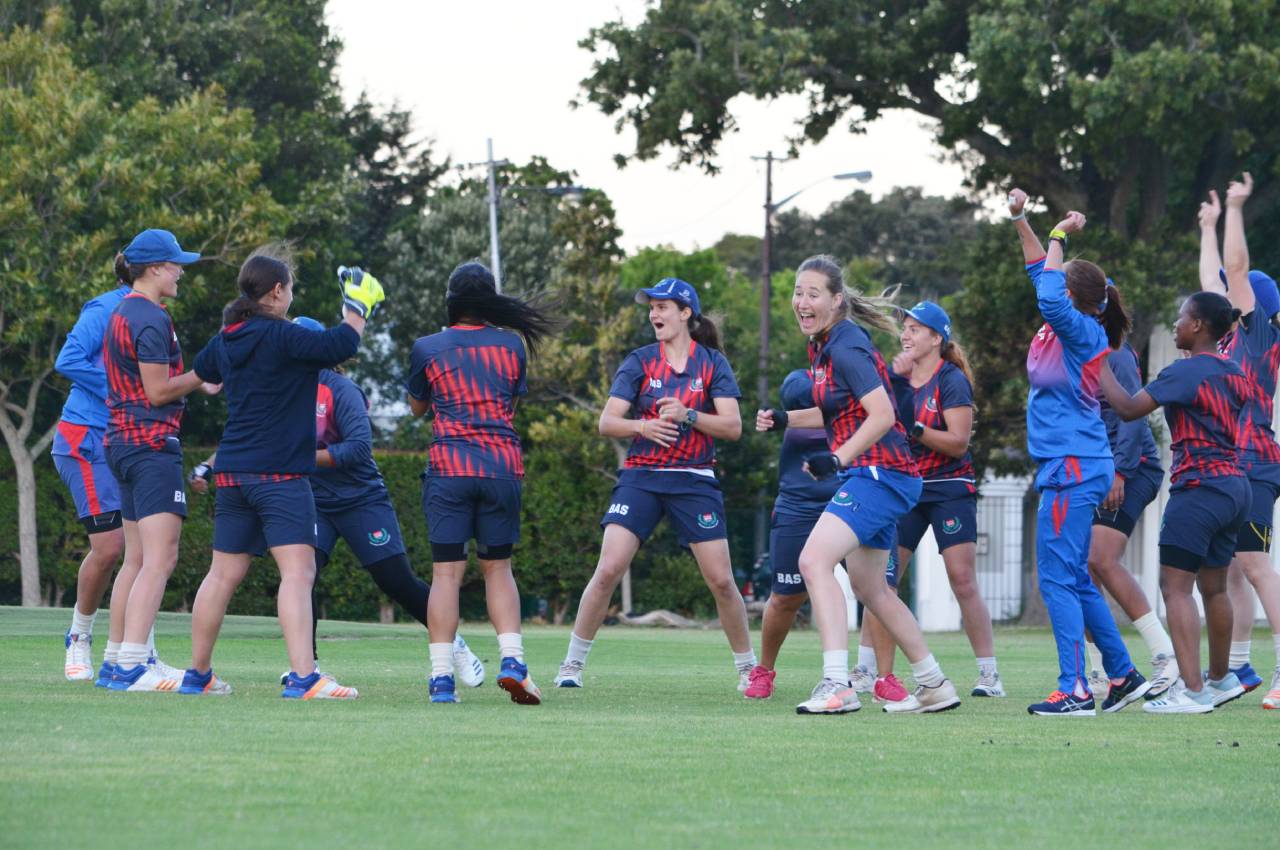 The 2019/2020 Cricket South Africa Provincial Women’s Tournament batted off in October. Sponsorship for women’s sports has always been hard to come by, but it has been encouraging to see women’s teams acknowledged and gaining the recognition they deserve, mainly with Senwes and Hollywoodbets sponsoring the Northwest Dragons and the KZN Flames, respectively.

Raeesa van der Westhuizen, Manager of Senwes Dragons stated “Senwes partnering up with Our Dragons Women’s Team and launching the #breakingnewgrounds campaign, we find ourselves extremely blessed to dawn the Senwes name and be part of an exceptional organisation who has for many years supported local initiatives. Teaming up with Senwes has brought about a breath of fresh air into a championship team who has always strived to be better both on and off the field. The financial backing that we receive from Senwes is helping with the development pipelines and in different age groups, therefore getting more and more girls involved in sport.”

Dinesha Devanarain coach of Hollywoodbets Kzn Coastal Women’s Team further stated that recognition of women’s sport, especially in KZN. It is an investment for a team that puts everything into its training sessions and leaves it all on the park.

In respective of the season thus far, Free State women have struggled in their tournament losing all their matches. They have come close a few times, but they just can’t seem to find the momentum to take it over the finish line. Hopefully we get to see the Bloemfontein team coming back fighting in the second half of the season. The other team that also looks to be struggling is 94.7 Central Gauteng Lions Women’s team just winning one 50 over and one T20 match thus far. Could it be that they are missing the pace bowler Shabnim Ismail who has joined the KZN outfit but is currently in Australia for the WBBL and batter Trisha Chetty who has also joined the KZN team? Only time will tell.

The Hollywoodbets KZN Flames have come out firing this season. A team that came out from relegation has most certainly turned heads. A team that fights from start to end they earned their place in the top six. Winning their matches against Free State and Central Gauteng Lions Women’s team, respectively, they travelled to Northwest on a high. They beat the Senwes Dragons in a thrilling encounter that had the team management and spectators on the edge of their seats. The Flames have since lost three games on the trot, but the coach is optimistic of her team. They are resilient, passionate, determined and committed to the giving their all at every game. They want to show up every game and compete against the best in the country.

Western Province Women’s team has proven that they are the team to beat. Winning all their matches and taking them to the top of the log in both the formats for the season so far. WP women have dominated with Laura Wolfvaardt having a brilliant season, scoring back to back centuries against Northerns Women and Hollywoodbets Flames, respectively. Gabi-Lee van der Westhuizen, Manageress of the WP team states that the hard work Coach Claire Terblanche has put in with the girls in terms of improving their skills and game plans has just reached the surface and we have yet to see their full potential. This formidable team wants to dominate this season and by the looks of things, they are set to do just that.

The 2019/2020 Cricket South Africa Women’s Provincial League has also seen the coverage grow in leaps and bounds due to the live stream of the matches via PitchVision and live scoring via Websports which bodes well for women’s sport as we gain momentum going into the festive season.

Even though teams have social media pages and it is regularly updated with match results and images, some believe that a media liaison should be assigned to the women’s domestic tournament and teams as this can promote the game extensively around the country. More coverage on radio stations and print is needed, especially prior to matches as we need more people coming out to support women’s cricket.

Going into the festive season, coaches believe that their teams can use this time to reflect on the high and lows, their individual and team performances and can find ways to improve on their skills. It will also give the players time to attend to any niggles they might have. Individual players are growing from strength to strength, especially the younger players coming into the senior set up and it is just a matter of syncing everyone for ultimate results.

As Gabi-Lee states “Like two halves of a hockey game we start at nil-nil when the new year commences.”

With the second leg of the CSA Women’s Super League set to take place in Cape Town from 13-15 December, we can look forward to one last round of fire cracker performances from the ladies to end what has been a brilliant first half of the season for women’s cricket so far.

Photo 1 Caption: The Western Province Women’s Cricket team has been in a good form and top the CSA Provincial and T20 League in the first half of the 2019/20 season. Photo: Supplied