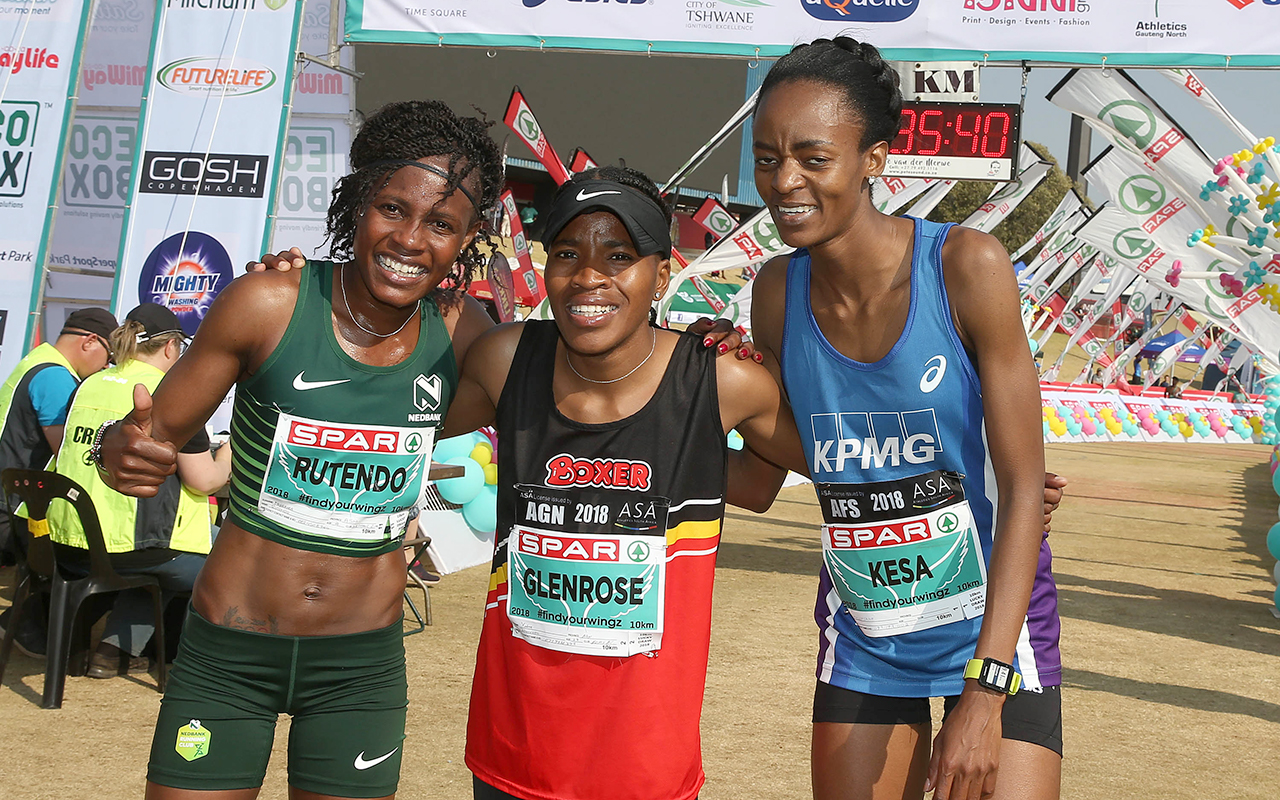 Glenrose Xaba (Boxer) ran a superb race to clinch her first SPAR Women’s 10km Challenge title on Saturday when she won the Pretoria race at Supersport Park in a fast time of 33.56 minutes.

A group of six runners, including Xaba, Nyahora, Molotsane, van Zyl, Susy Chemaimak  (Nedbank) and Rudo Mhonderwa (Nedbank), ran in a bunch for the first six kilometres before Xaba, and Molotsane broke away and ran side by side for the next two kilometres.

Xaba took the lead at eight kilometres, putting some distance between herself and the rest of the pack.  Van Zyl was in third position for much of the race, but gradually fell back, while Nyahora steamed past Molotsane.

Xaba finished second in the first three races, in Cape Town, Port Elizabeth and Durban, and was thrilled to achieve her first SPAR Challenge win.

“I came into the race with a lot of confidence after winning the Totalsports 10km last month,” said Xaba.

“I decided I was going to run my own race and run it fast.  I wasn’t too worried about Kesa (Molotsane), because I knew I was faster on the hills than she is, and this is quite a hilly course.”

Nyahora said she had a good race and was pleased to be running well again after a hamstring injury. “Deep down, I really wanted to win.  I have won this race twice.  It’s a tough course, but I like it because I am a tough athlete.”

She said she was also very happy that her teammate, Van Zyl, was back in action. “Irvette is a great competitor and it was wonderful to have her back in the leading pack,”

Molotsane said she was happy with her top three finish. “I haven’t been very well recently, so I am very pleased to be back,” she said.

‘I tried very hard to stay with Glenrose, but she was just too strong today.  I am very happy for her because winning will do a lot for her career.  I will do my best in the last two races to earn enough points to defend my Grand Prix title.”

Twenty-five-thousand-740 runners took part in the 10km race and the 5km Fun Run, which was run in warm and windy conditions.