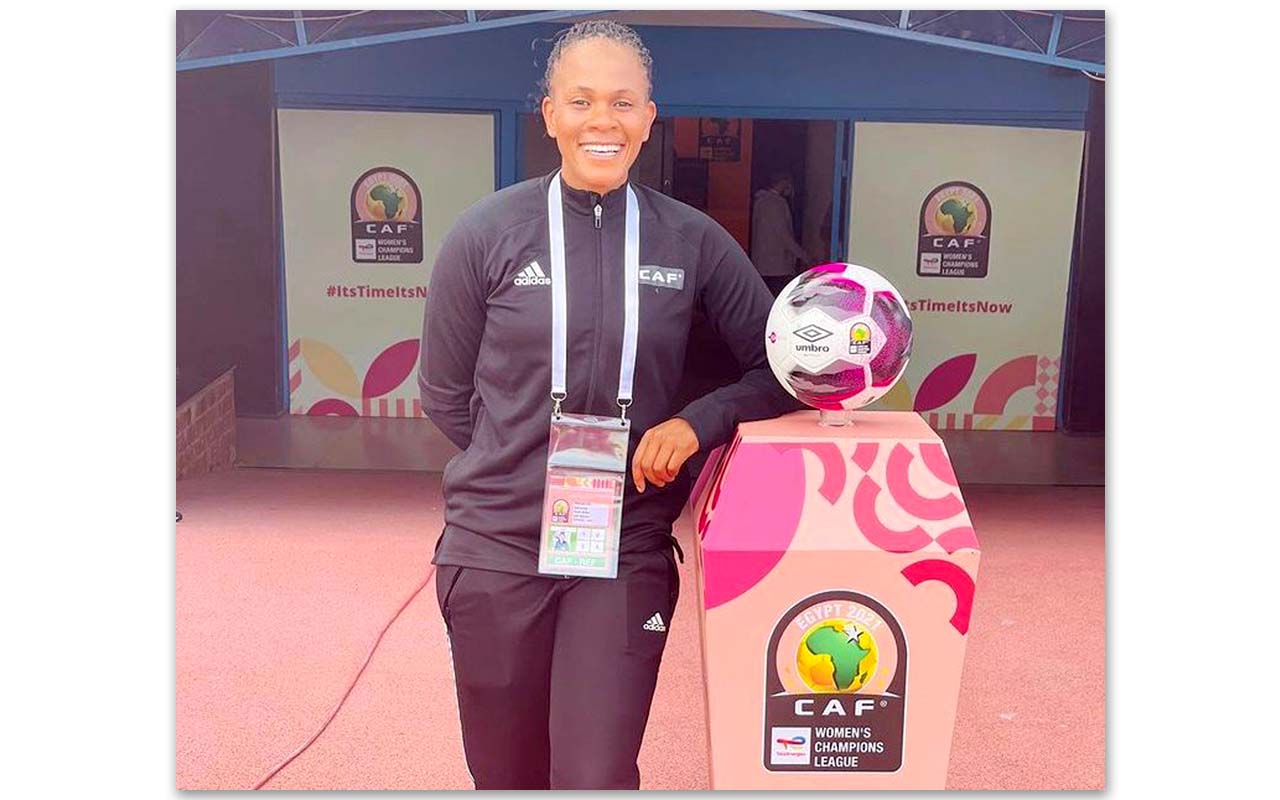 Eastern Cape-born referee Akhona Makalima has urged up and coming women referees to work hard and be disciplined to succeed in football.

Speaking after attending the CAF Elite A Woman Referees course where she got to improve her knowledge in Video Assistant Referee (VAR), Makalima said: “My advice for upcoming match officials would be that opportunities are there. Let’s go for them let’s reach higher and dream higher. Put in some work, work hard to put yourself out there.

“To female match officials work harder and be disciplined because discipline will take you very far.”

The five-day CAF Elite A Woman Referees Course which took place from 1-5 November was aimed to prepare referees for the Women’s African Champions League and school them on VAR system.

Makalima went on to officiate the opening match of the inaugural Women’s African Champions League which saw Wadi Degla beat AS Mande 3-1 in Cairo.

The 34-year-old of Engculu Village in Ngqamakhwe who was also awarded the Estée Lauder Style Star of the Year Award at the Momentum gsport Awards this year, vowed to empower her colleagues back in South Africa with the knowledge gained in Egypt.

“The experience that I am getting here I will share it with my colleagues back at home in SA.” – FIFA Accredited Match Official, Akhona Makalima

“I have learnt a lot of things including working with VAR and getting that experience I think that is the most important thing for me,” said Makalima.

“The experience that I am getting here I will share it with my colleagues back at home in SA. Unfortunately, I can only share the concept, but I don’t think practically to share VAR is possible because we don’t have VAR.

“However, theoretically I can assist them and the expectation of modern refereeing as well, it’s what I can continue to stress to match officials at home. That we need to be open minded for the changes because the game is changing, we need to adopt to the new concept and to the new style of play.

“Also, the introduction of technology into the game, we need to get ready for those things. It doesn’t matter if other people do not like or do not think that we need technology in the game, but the bottom line is that the game is changing and therefore we need to be open minded.

“We need to take ourselves very seriously because the game is demanding. We need to take very good care of our bodies, but also the opportunities are there for us,” she concluded.