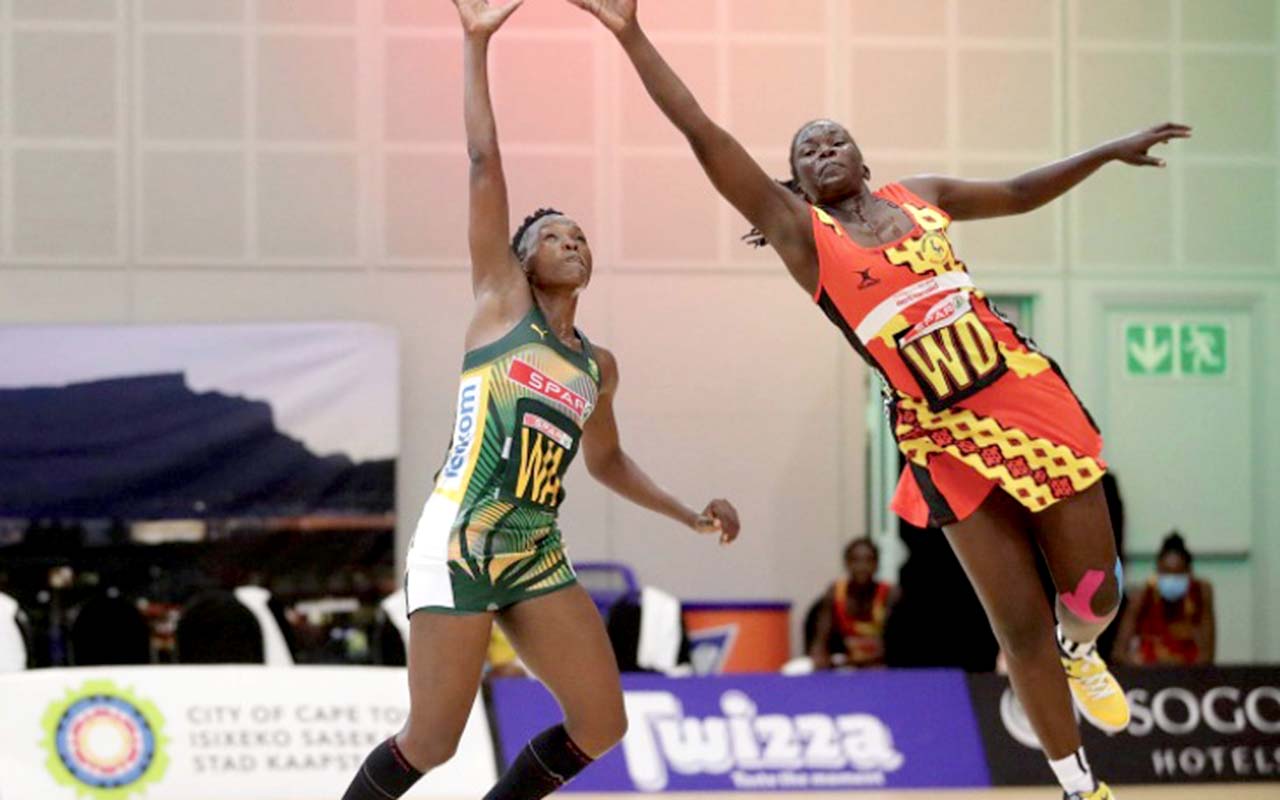 Uganda were the first team to get off the mark and really took the game to the Spar Proteas who were forced to chase the game and fight back to take the lead.

A few possession turnovers and errors made it hard for South Africa. However, at the end of the first quarter, Proteas enjoyed a three point lead (13-10).

“Playing against other African countries is always tough and, as I have been saying since day one, we will underestimate no one: Everyone gets the same respect from us!” Spar Proteas Coach Dorette Badenhorst

Uganda did not let this deter them as they started the second quarter the same way they did the first one. The first centre pass of this quarter belonged to them and they made sure that they converted and reduced their score deficit to two points.

The resilience and fighting spirit of the South Africans and their never die attitude proved to be very pivotal as they had to dig deep to come out of their shells to challenge Uganda and made sure to take the lead ending the second quarter 28-22.

In the third quarter, South Africans remained consistent to pull away with a 42-30 scoreline.

Coach Dorette Badenhorst stuck to the same players for three quarters and moved them around in different positions, working in her favour to seal the victory.

“We knew that it was going to be a physical match against Uganda and we needed to be mentally ready for that one,” she said. “There is a lot happening outside of the four lines, however ours is to make sure that we concentrate on the game.

South Africa will play their final match of the tournament against hosts Namibia on Tuesday, 16 November 2021, at 09:00 SA time. This match will be streamed live on Netball South Africa’s Facebook page.