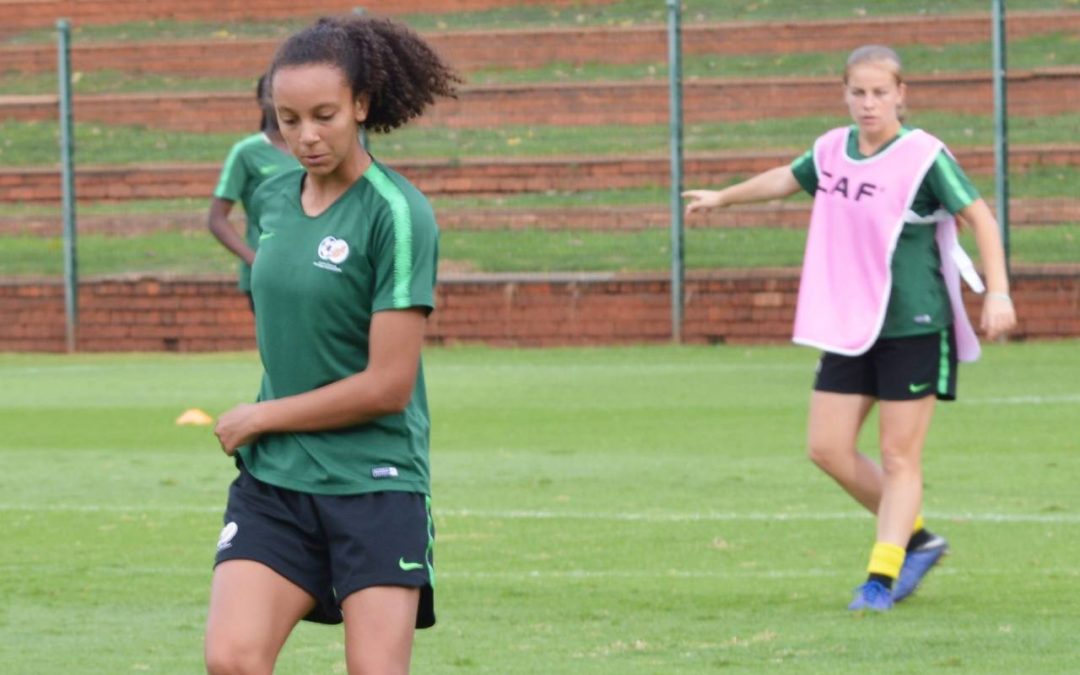 The South African U-17 Women’s National Team (Bantwana) turned the tables on Zambia this past weekend (Saturday, 14 March 2020), beating them 3-0 thereby overturning a 2-0 loss from the first leg.

The victory earned Bantwana a spot in the final round of the FIFA U-17 Women’s World Cup India 2020, as they joined four other teams – Cameroon, Uganda, Nigeria and Ghana.

Just like South Africa, Uganda reversed first-leg deficits in the qualifiers, while Cameroon, Ghana and Nigeria cruised through in style.

South Africa’s victory was the most thrilling of all, as they won 3-0 to complete a seemingly unlikely comeback. Two goals down from the first leg in neighbouring Zambia, Bantwana were given hope by a 12th minute opener from captain Jessica Wade before completing the comeback through second-half strikes from Nelly Gamede and Kananelo Taiwe.

Tension levels were lower in Kampala, where Uganda reversed their 2-1 first-leg deficit with a degree of ease. The impressive Juliet Nalukenge grabbed a brace, with Margret Kunihira, Fauzia Najjemba and Grace Aluka also on target, as they put five unanswered goals past their Tanzanian visitors.

Ghana were the weekend’s biggest winners, racking up an 8-0 win over Liberia in which Ophelia Amponsah scored four times – all in the opening 14 minutes.

Also ending the round with a 10-0 aggregate scoreline was Cameroon. Les Lionnes U-17 finished the job against São Tomé and Príncipe with a routine 6-0 second-leg victory, with Brenda Tabe (2), Suzie Mbianji, Elise Ndome, Michaely Bihina and Larissa Luma all on target.

Photo 1 Caption: South Africa will battle Morocco or Botswana in the last round of the FIFA U17 Women’s World Cup Qualifiers. Photo: SAFA