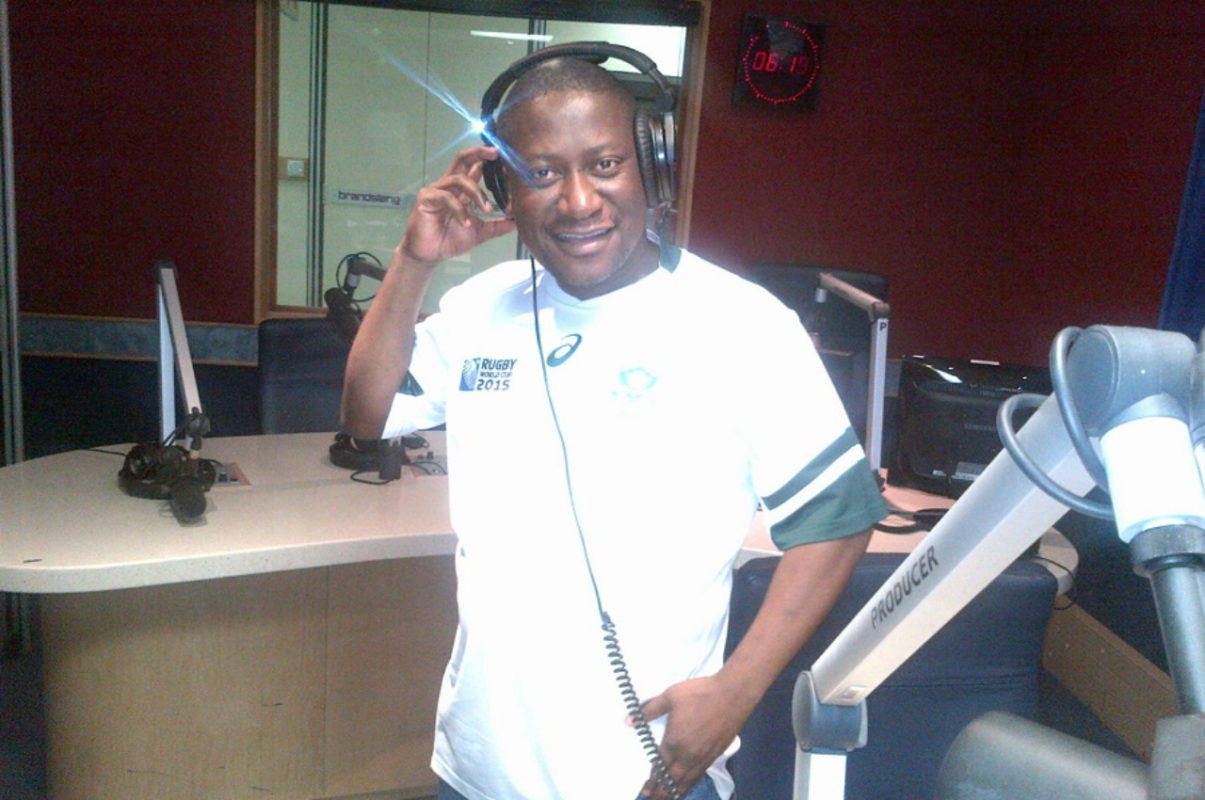 Champion SAFM producer, Ben Rikhotso, believes more women need to be in sport and in media as he encourages young girls who aspire to be in the industry to have faith in their abilities and break down barriers to seize their career opportunities.

For 15 years, Rikhotso has honoured his calling to be in the sport media industry, playing a vital role behind the scenes of the Sport Trax show and consistently shining the spotlight on women’s sport in the country.

He believes that in many ways women have been neglected and deserve coverage, not only on Women’s Day and across Women’s Month.

Having been raised by his mother, Rikhotso has made it his point to support women and has shown his determination on the gsport WhatsApp Communications Group as he interacts with other media professionals to drive the coverage of women’s sport in mainstream media.

He encourages representatives of media houses in the country to join the #gsportWCG, saying the platform has exposed him to various athletes that he has been able to profile on SAFM.

Speaking with Celine Abrahams, Rikhotso highlights his standout moments in his career to date and his new-found passion of presenting.

Ben, it is a pleasure having this opportunity to speak to you! First up, we must show our appreciation towards you for your work at SAFM to amplify the coverage of women’s sport. Why is it so important to you to shine the spotlight on women’s sport?

Thank you very much for this opportunity! For me, it is important to shine that spotlight on women in sport in the country as I feel that women have been neglected in many ways and I think they deserve that coverage. We can’t keep on highlighting women who are doing well in sport only on Women’s Day or Women’s Month. I was raised by a very strong woman (Modjadji – that is my mother) and the day I was given the opportunity to produce sport on SAFM, I made it a point to myself that women are going to be covered as long as I am responsible for producing Sport Trax. It is not supposed to be a mandate to cover women in sport, it has to be done.

You are also very active on the gsport WhatsApp Communications Group. How has been on the group helped you to achieve your goal of covering more women’s sport in the country?

“We don’t know everything as individuals, and I am glad that I am able to interact with other media personalities on the group.” – SAFM Sport Trax producer, Ben Rikhotso, speaks on the benefits of being on the #gsportWCG.

Being on the gsport WhatsApp group has opened my eyes and has exposed me to some of the things that I didn’t know about sporting personalities (women). We don’t know everything as individuals, and I am glad that I am able to interact with other media personalities on the group. And if you are a media professional and you not on the group, I must say you are missing a lot! But hey, it is not too late to join us.

What do you think needs to be done to amplify the group to ensure that there is more being done when it comes to providing more media coverage for women’s sport?

We need more media houses to be part of the group. The challenge might be that there is too much competition when it comes to the way the sport shows are covered in general. It is all about who gets the best guest and who is the best presenter, etc. If we can work together and take it easy on our egos that might improve the coverage of women in sport.

Let us chat about you. Where does your passion for sport and radio come from?

My love sport started many moons ago when I was playing soccer in the dusty streets of Bolobedu in a place called Ga-Matshwi. I was that village boy who always wanted to play football for big teams like Kaizer Chiefs and later on in 1996, I joined Wits University development. Unfortunately, my dream was deferred as I dropped out from the University. Regardless of those setbacks, my passion for sport didn’t die as I later developed my love for radio.

I would like to thank people like Abby Baloyi who was one of the best soccer commentators on the then Radio Tsonga (now ML FM) and Jimmy Mohlaloga of the then Radio Leboa (Thobela FM) and I must say listening to these legends of radio I then developed the love for radio. And, at the back of my mind I thought it was impossible for me to be on radio one day. I mean, being a village boy in Bolobedu this was like trying to draw blood from a rock! As they say passion and perseverance paid off and now, I have been a producer for more than 15 years.

Was it your plan growing up to be in the media industry one day?

“I felt like it was something that needed to be done…almost like a gift from birth.” – Rikhotso speaks on being on radio as his calling.

I wouldn’t say it was a plan for me to be in the media industry one day, but that was my destiny. I felt like it was something that needed to be done…almost like a gift from birth.

What has been some of the biggest lessons that you have learnt from being in the industry?

I hope I won’t be in trouble for saying this…The media industry is cruel! One must always think on their feet, there are no guarantees, and you are as good as your last show – you can get fired at any given time by a drop of a pin. The biggest lesson is that I have learnt not to create enemies…there is no point.

What would you highlight as your standout moments of your career to date?

I must say when the BBC invited me to be one of their analysts in Namibia that was one the greatest moments I will never forget. And later in 2008, I was given an opportunity to organize one of the biggest soccer derbies in Ghana (Asante Kotoko vs Hearts of Oaks). I have met a lot of sport personalities throughout my career but having one on one with Edwin Corley Moses – an American former track and field athlete who won gold medals in the 400m hurdles at the 1976 and 1984 Olympics that will forever remain the moment I cherish.

Which women do you admire in the sport media industry and why?

There are a number of women that I admire in the sport media industry:

What is your advice to young girls who aspire to be on radio and working in sport, specifically?

Have faith in whatever you do. Faith won’t make it easy, but it will make it possible. We need more women in sport and in the media, so go out there and knock at every door to achieve your dreams. Not all doors that are closed are locked…sometimes you just need to kick them!

What are you hoping to achieve in the next few years of your career?

I have been working behind the scenes for a long time now and I will be happy to grab that opportunity of doing what I am currently doing on air. In other words, presenting is my next step if not managerial position…Hey, watch the space!

Photo 1 Caption: SAFM Sport Trax producer, Ben Rikhotso, has for 15 years honoured his calling to be in the sport media industry, playing a vital role behind the scenes of the Sport Trax show and avidly shining the spotlight on women’s sport in the country. Photo: Supplied