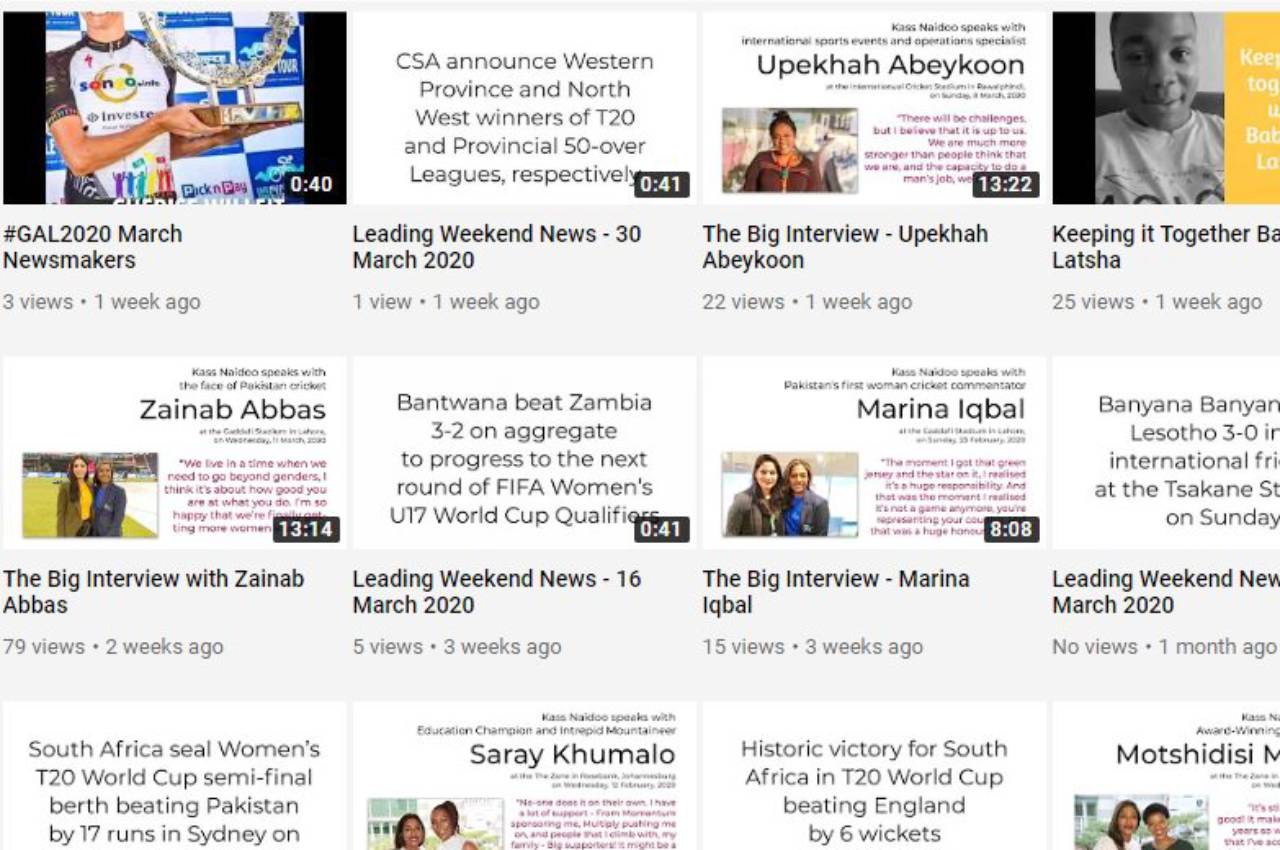 Champions of Women’s Sport Give Us Hope

Over the past few months, gsport has gone above and beyond to champion women in sport both on a local and global platform.

So much has happened that one can be forgiven for losing track. But, worry not, gsport has taken time on this Good Friday to spread some cheer as we look back on the Big Interviews featured on our YouTube channel.

Starting off 2020, gsport Editor Kass Naidoo chatted to inspirational Brand South Africa Supporter of the Year at the 2019 Momentum gsport Awards, Anet Bosman, who has gone beyond the call of duty, specifically in her support of star South African Paralympic athlete, Toni Mould. She talked about the true meaning of support of SA women in sport.

Former Momentum Proteas opening bat Shandré Fritz joined the gsport Team as she reflected on her fulfilling 10-year playing career and being a member of Cricket South Africa’s match panel of referee’s.

A testament to the progress of women in a formerly male-dominated profession, and at the same time one of the few women who continues to excel at her profession, Busisiwe Mokwena related on how the process of accepting – and NOT apologising – for her success allowed her to make even greater strides in her work sphere as an award-winning sports journalist.

Paralympic heroine, South Africa no. 1 and world no. 7 wheelchair tennis athlete, Kgothatso Montjane, chatted about her path to professional competition, her part as a woman in the establishment of wheelchair tennis as a sport in SA, and her goals for the season, and her prospects after competing.

Reigning two-time CAF African Women’s Coach of the Year Desiree Ellis opened up about what she went through defending her continental crown, what is involved in being national coach of Banyana Banyana. She also gave advice to aspiring women’s football coaches about breaking through the glass ceiling.

gsport’s Celine Abrahams interviewed television sports presenter and 2019 gsport Public Choice Award winner Xoli Zondo on her path to an on-screen profession in sports media, why she rates an education as the first (… and second, and third …) step in a successful career, and what paying it forward entails for this accomplished woman.

Continuing with women in the media space, award-winning sportscaster Motshidisi Mohono spoke about approaching 10 in rugby broadcasting, and how opportunities, her choices and dedication have combined for a powerful leading role in covering our nation’s favourite sporting moments.

On her return to South Africa, gsport grabbed the opportunity to speak with the first African woman to summit Mount Everest, Saray Khumalo, who talked about her passion for education, how she dealt with multiple failures to reach the top, and what it took to finally summit the famed mountain. Khumalo related her experiences in her chase to the South Pole, how she intends to venture to the North Pole, what the woman-focussed climbing activities she’s got lined up for the year.

Marina Iqbal was first to feature for our global podcast. Iqbal is revered as one of Pakistan’s foremost cricketers, who since laying down her bat, has excelled to become her country’s first woman cricket commentator. She spoke about her time turning out on ovals around the world in her Pakistan’s colours, and what it took to rise to even greater heights in her post-playing career.

Zainab Abbas has earned her stripes in the cricket broadcasting world as a top-notch anchor by her tenacity, dedication and hard work, becoming the face of Pakistan cricket and earned her reputation as the face of the nation’s Pakistan Super League T20 tournament. Listen in to hear the story of her rise to international acclaim.

Upekhah Abeykoon is a Sri Lankan born Australian sports events and operations specialist with fifteen years’ experience in cricket broadcasting. In 2012, she became the first ever woman tournament director of an ICC event. Upekhah recently worked on the HBL Pakistan Super League and spoke about her journey in sport.

In an in-depth podcast, Urooj Mumtaz Khan fondly remembered her final match in national colours ten years ago at the ICC Women’s World Twenty20 in the West Indies, and paid homage to the Pakistani cricket community which supported and enabled her dream to represent her country at the highest level. 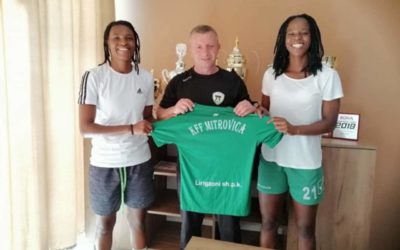 South African duo, Zanele Nhlapho and Andisiwe Mgcoyi, will be playing in the UEFA Women’s Champions League next season after signing a new deal with Kosovan Women’s League side, KFF Mitrovica.... 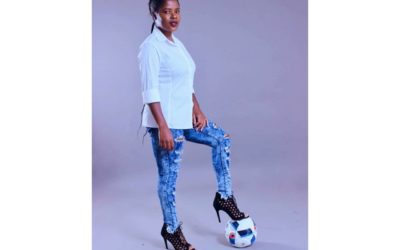 Radio 2000 Sportscaster, Nthabiseng Mamabolo, is excited to be a finalist in the Woman in Radio category for this year’s 2020 Momentum gsport Awards which features Metro FM’s Lebohang Motsoeli... 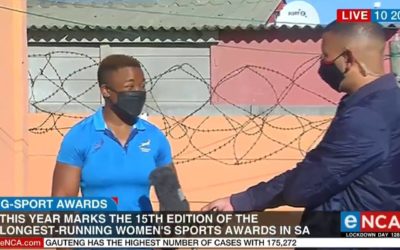 Shortly after the 2020 Momentum gsport Awards Finalists were announced, eNCA Sport Reporter, Justin Ford, caught up with triple-finalist, Babalwa Latsha, at her home in Khayelitsha, on...