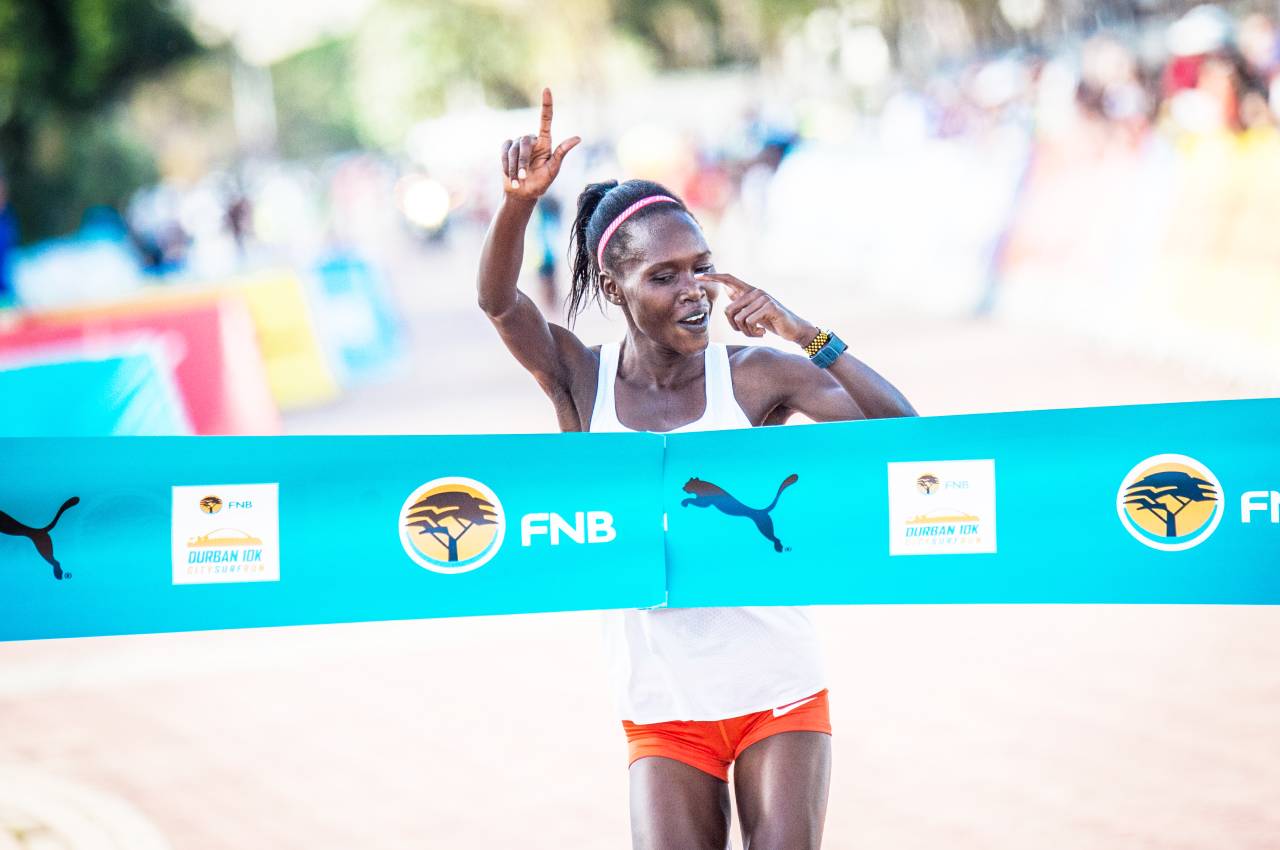 Chesang Out to Defend Title at FNB Durban 10K CITYSURFRUN

The 22-year-old said from her training base Kapchorwa in Uganda that she was looking forward to defending her title and expects to be in the shape of her life. “I will be coming from the World Championships where I will be running the 10 000m,” said Chesang. “My race in Doha is on the second day of the championships (28 September), which means that I will have plenty of time for my final preparation for Durban.”

“We think Stella will be in great shape for Durban,” said Manager, Jurrie van der Velden of Global Sport Communication. “From her progress over the last few years, we definitely feel that her future lies on the road and we should expect something special on 13 October.”

Chesang was dominant in 2018, taking control of the race as early as the 4km mark where she gradually pulled away from Mercyline Chelangat. Chesang came home in 31:14, a 30 second improvement on her previous best of 31:44 run earlier in 2018. It was the perfect way to cap a spectacular 2018. Chesang had won both the 5000m and 10 000m titles at the Commonwealth Games in Brisbane in April and finished 5th at the Africa Cross Country Championships. The FNB Durban 10K CITYSURFRUN ended off the perfect year for Chesang and she hopes to repeat that feat in this year’s race.

“I know the route, I know the corners, and I know that the race is fast. So, I am looking forward to racing in Durban again and want to improve on my best (31:14).”

While Chesang is the favourite for Durban, there will be a number of athletes who will be hoping to make full use of the presence of the Ugandan. Already confirmed in the women’s race are Gerda Steyn, Glenrose Xaba, Tadu Nare and Fortunate Chidzivo.

Steyn recently shaved 31seconds off her 10km best, running 33:05 in a race in Middleborough. She has made no secret of wanting to run her best ever 10km in Durban, which means that sub 33 could be on the cards.

Xaba’s manager, Rhyn Swanepoel believes the diminutive athlete is in 32:20 shape, but Xaba has her eyes on a bigger prize and is hoping for a sub 32. That her confidence is sky high is no surprise after her scintillating half marathon in Buenos Aires on 25 August. On her way to a 69:46, Xaba clocked 32:59 for 10km.

Ethiopia’s Tadu Nare has shown the South African women a clean pair of heals in a series of 10km races in South Africa this year and also running 32:36 on two occasions. She will be a big factor come race day as will Zimbabwe’s Fortunate Chidzivo who took 85seconds off her 10km time on Sunday 15 September when she clocked 32:24. This is also a Zimbabwean National Record.

Already the ladies’ race is shaping up to be a tightly contested affair with still more athletes to be announced. 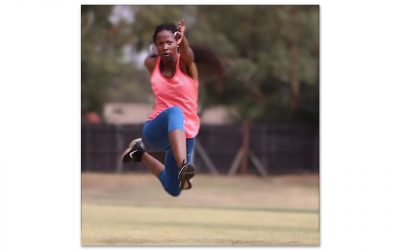 Lesotho triple jumper, Lerato Sechele’s recent gold medal winning performance in Potchefstroom has encouraged her to continue striving to achieve her goal of qualifying for the Tokyo Olympic...