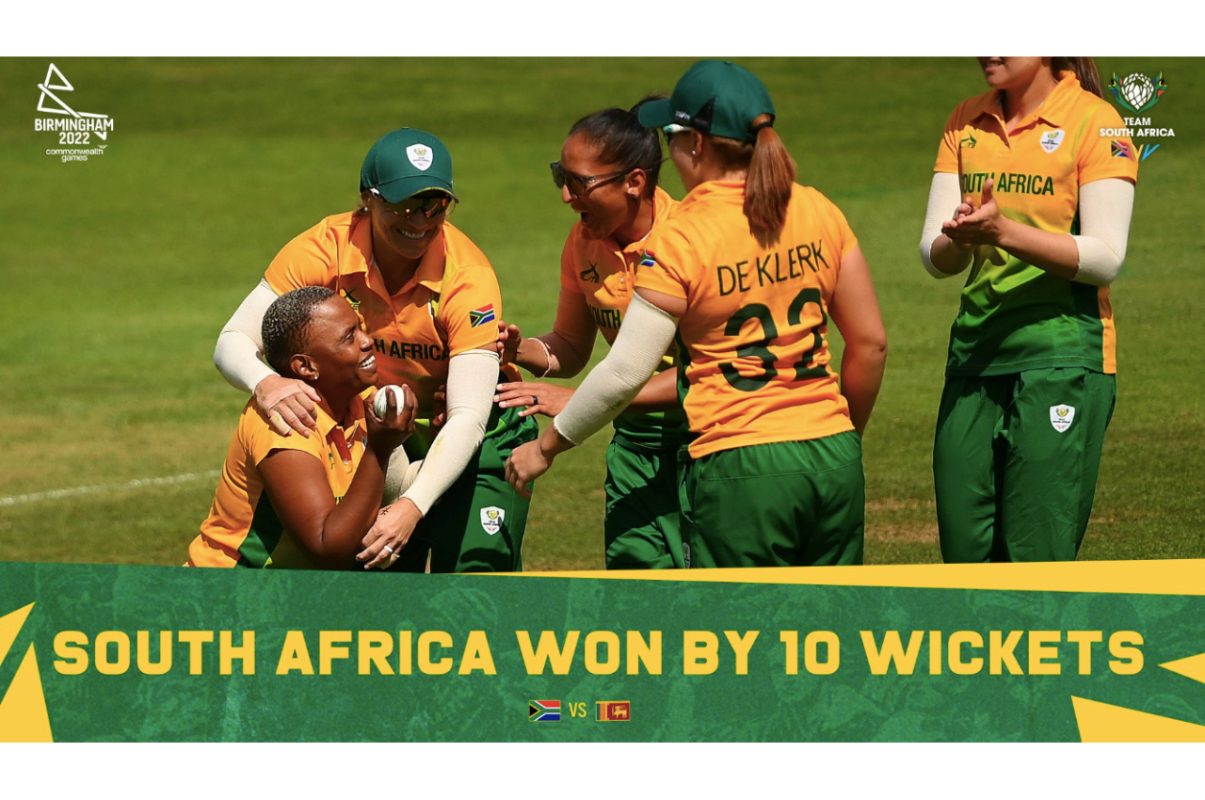 De Klerk claimed career-best figures of three for seven in her four overs alongside Masabata Klaas (2 / 7) to help restrict Sri Lanka to their lowest T20 International score of 46 all out before Anneke Bosch (20*) and Tazmin Brits (21*) saw the South Africans home with 13.5 overs to spare.

South Africa won the toss and elected to send Sri Lanka into bat and the decision paid off immediately as fast bowler, Ismail had opener Hasini Perera caught behind on the very first ball of the match for a duck.

Klaas then repeated the effort with her second delivery in her first over to get rid of Harshitha Samarawickrama (1) to leave the Sri Lankan side 1 / 2.

Things went from bad to worse for the subcontinent outfit as de Klerk entered the attack in devastating fashion. The bowling all-rounder struck twice in her initial over of the day, with veteran Mignon du Preez taking a sublime catch to remove Anushka Sanjeewani (3) before a simple caught and bowled from de Klerk left Sri Lanka on 12 / 4 at the end of the powerplay.

With South Africa firmly in control, captain Suné Luus kept attacking with the ball as Klaas, de Klerk as well as Nonkululeko Mlaba (1 / 4) and Chloé Tryon (1 / 1) nabbed the rest of the wickets to fall in the innings to dismiss Sri Lanka with 2.5 overs remaining.

Chamari Athapaththu (15) was the only batter to reach double-figures as Sri Lanka were bowled out for 46.

Facing a low target, South Africa made light work of the chase in search of their first Games win as the opening pair of Bosch and Brits took a measured approach to reaching the required 47 runs to win.

Bosch batted at a strike rate of 125, including two fours to stay unbeaten on 20 off 16 balls, while Brits (21 off 21 balls)struck three boundaries, as well as a four to hit the winning runs as the duo completed the job one ball after the batting powerplay to give South Africa their largest winning margin in T20 cricket.