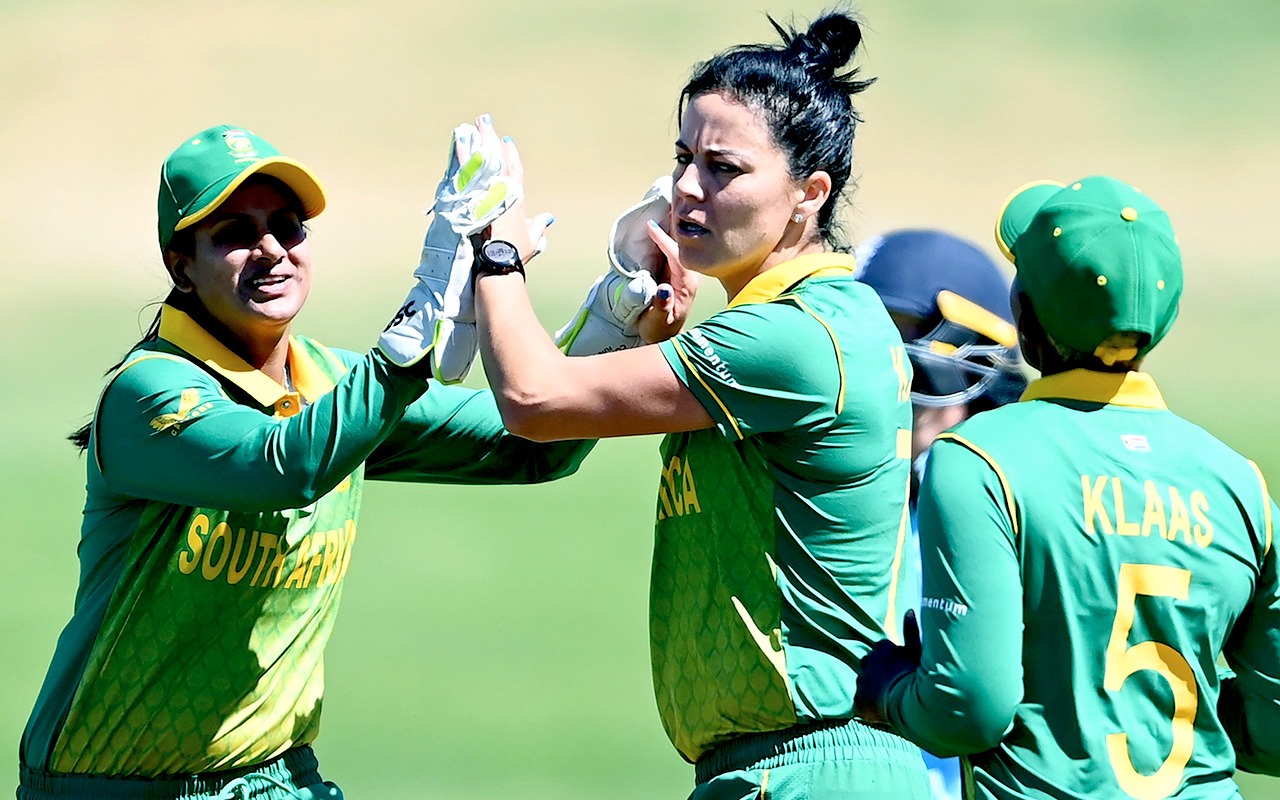 The South Africans successfully hunted down 236, which is their highest-ever run-chase at the global event.

England were ahead for majority of the Proteas’ chase, however Laura Wolvaardt (77 off 101) and Marizanne Kapp’s (32 off 42) played a key role in edging the Hilton-Moreeng side to victory.

In the end, Trisha Chetty (13* off 13) hit the winning runs with four balls to spare.

When England lost the toss and were put in to bat first, inside the first six overs they were reduced to 19/2 with a double strike from Kapp.

Masabata Klaas then had the dangerous Nat Sciver (16 off 24) out in the 12th over, and with the scoreboard reading 42/3 at that stage, the Proteas were on the front foot.

England recovered with a superb 107-run partnership for the fourth wicket between Tammy Beaumont (62 of 97) and Amy Jones (53 off 74).

A blow struct for the South African bowling unit as Shabnim Ismail limped off the field as she struggled with her toe.

In Ismail’s absence, Kapp stepped up, coming back strong for her spell at the back-end of the innings to finish with figures of 5/45 (10).

For a second consecutive match, Lizelle Lee has not managed to get into groove as she was dismissed for 9 (15).

The under-pressure Tazmin Brits coming in at No.3 put up 23 (46) before she was dismissed, leaving the Proteas on 74/2 after 19 overs.

Wolvaardt, meanwhile, was enjoying some good fortune and was dropped twice while she also survived a missed stumping.

Her combination with captain Suné Luus saw a 73-run partnership that came off 92 balls.

Luus (36 off 49) and Wolvaardt (77 off 101) then fell in quick succession as the momentum shifted in England’s favour once more.

Mignon du Preez (8 of 14) did not last long, and going into the last eight overs South Africa needed 45 from 48 with Kapp and Tryon at the crease.

Tryon, South Africa’s finisher, was then run out for 15 (13) in the most unfortunate fashion when Kapp blasted one back towards the non-striker’s end as Katherine Brunt got fingers on the ball before it crashed into the stumps.

As Kapp left the crease through lbw, the South Africans required 10 off 10 balls with Chetty and Ismail at the crease.

The two pushed on to get the Proteas over the line and secured a third consecutive win.