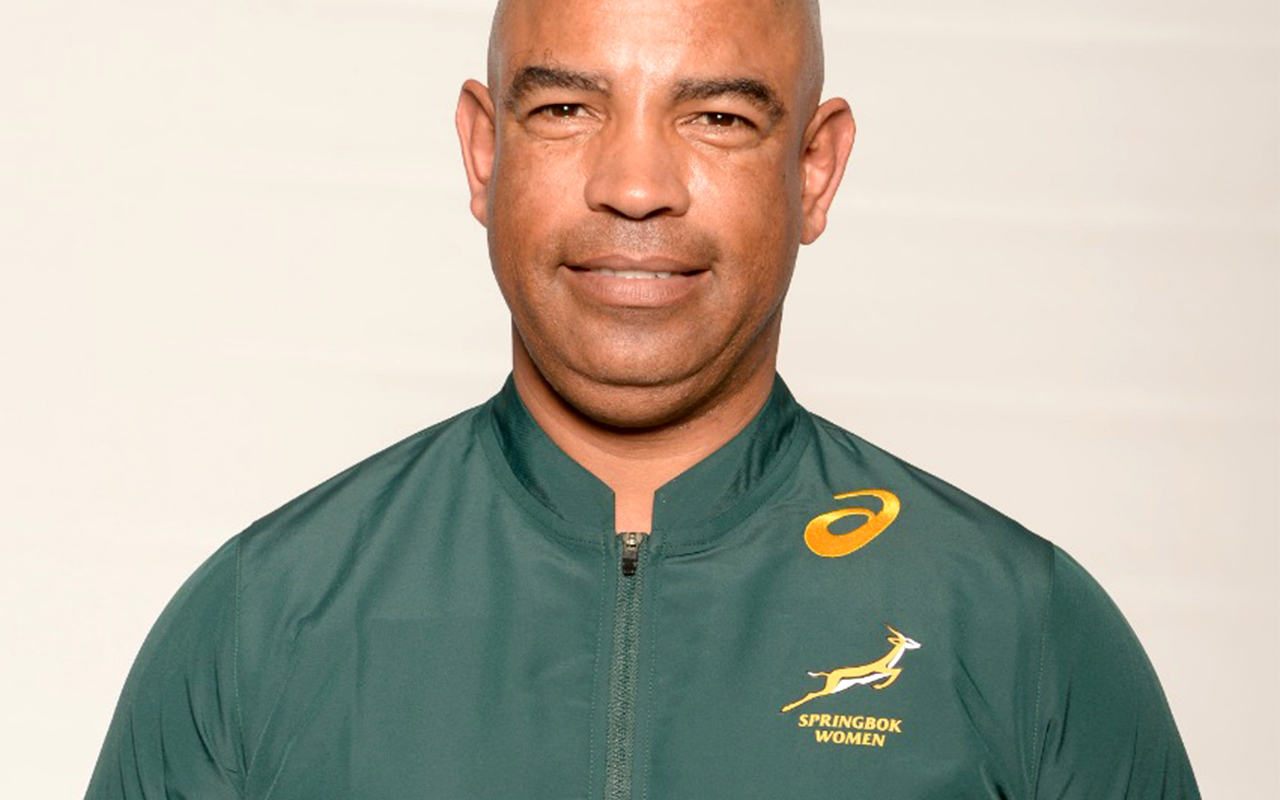 When Stanley Raubenheimer was given the task of coaching the Women’s Springbok XVs in May 2018, he did not for one minute think a global pandemic would sneak its way into the year ahead of his most important task: the Women’s Rugby World Cup in 2021.

However, the former SA Rugby Academy coach has taken the challenges in his stride, and although the battle is tough, he is looking forward to guiding the team to their fourth Rugby World Cup since their debut in 2006.

After a four-year absence from international rugby, the Springbok Women’s team embarked on their first international tour in November 2018, under the guidance of Raubenheimer where they played three Tests in the United Kingdom.

In 2019, the Springboks qualified for the 2021 showpiece in New Zealand, winning the Rugby Africa Women’s Cup.

Currently ranked 13th in the world, gsport chats with Raubenheimer to find out more about the man behind the women.

Hi Stanley! Thank you so much for taking the time out to chat with us. Please tell us about your career and where it all began.

I started my rugby career as a player and then progressed into coaching later in life. It all started within the Eastern Province school structures and after unification, I played for Western Province, the Pumas, the Bulls, and Boland.

My first big coaching role was with the Griffons and, after that, I was appointed as the assistant coach of the Cats Vodacom Super Rugby franchise before moving into the Western Province coaching structures as the U21 and Vodacom Cup coach, respectively.

I later joined Border, the Valke, and then Nelson Mandela University, and I also assisted former Springbok coach, Peter de Villiers, in Zimbabwe. More recently I coached at the SA Rugby Academy before being appointed the Springbok Women’s coach in 2018.

What a coaching pedigree! What does your life look like away from the spotlight?

I am a very private person in general, but I am married and have five children – four daughters and a son.

Coach, how have the preparations been going ahead of the Women’s Rugby World Cup 2021?

“The players have been training hard and have been adhering to training programmes weekly since the national lockdown was enforced.” – Springbok Women’s head coach, Stanley Raubenheimer

The team has been preparing as well as possible this year despite the COVID-19 pandemic. The players have been training hard and have been adhering to training programmes weekly since the national lockdown was enforced. Every player understands the significance of participating in the Rugby World Cup and they know what is expected of them, so we are looking forward to getting together again in 2021.

Looking at your chosen pool, it is a tough group with England, France and Fiji. How will you approach the opposition?

It’s a tough pool but we always knew it would be. You have to play against two of the top six teams and in our case, we have England and France.

England were runners-up in the last World Cup and France were bronze medalists, but that is the reality of playing on this stage, and hopefully, we can give a good account of ourselves.

That said, the main factor for us going into the tournament will be to focus on our game and to ensure that we execute the game plan we have for each opposition team effectively, rather than trying to counter their strengths.

Babalwa Latsha’s contract was renewed at SD Eibar Femenino which is fantastic news. What does this mean for the rest of the players who are also seeking professional contract opportunities abroad?

“The significance lies in the fact that it shows the quality of the players within our borders and our systems.” – Raubenheimer speaks on the pedigree of female rugby players in South Africa, referencing captain, Babalwa Latsha.

The significance lies in the fact that it shows the quality of the players within our borders and our systems, even though the players participate in fewer matches than in other countries. It is a big achievement for Babalwa, and a good reward for all her hard work.

From your experience, can you tell us the biggest challenges female rugby players are facing today?

The biggest challenge female players face in my opinion is that they are compared to the men’s teams, and that tends to take away the focus from being the best they can be.

With the men’s and women’s structures in the country being vastly different, it is also important that they (women players) focus on themselves rather than trying to compare themselves to the men.

With the current pandemic, what is the one positive thing you can take out from this year?

One positive that stands out for me from 2020 is the character the players showed to follow their training programmes, despite being restricted to their homes, at a point under the stringent lockdown regulations. And what makes this even more encouraging is that they did so without being forced to, and without the assistance and resources they would usually have at a training camp.

Lastly, what have you learned from the women you coach?

I am a more patient person thanks to the players, and that is a lesson that applies to women’s rugby in general as well. There are far fewer women’s players in the country than men’s players, and as a result, one has to develop their skills over time, and allow them to grow into the players you would like them to be.