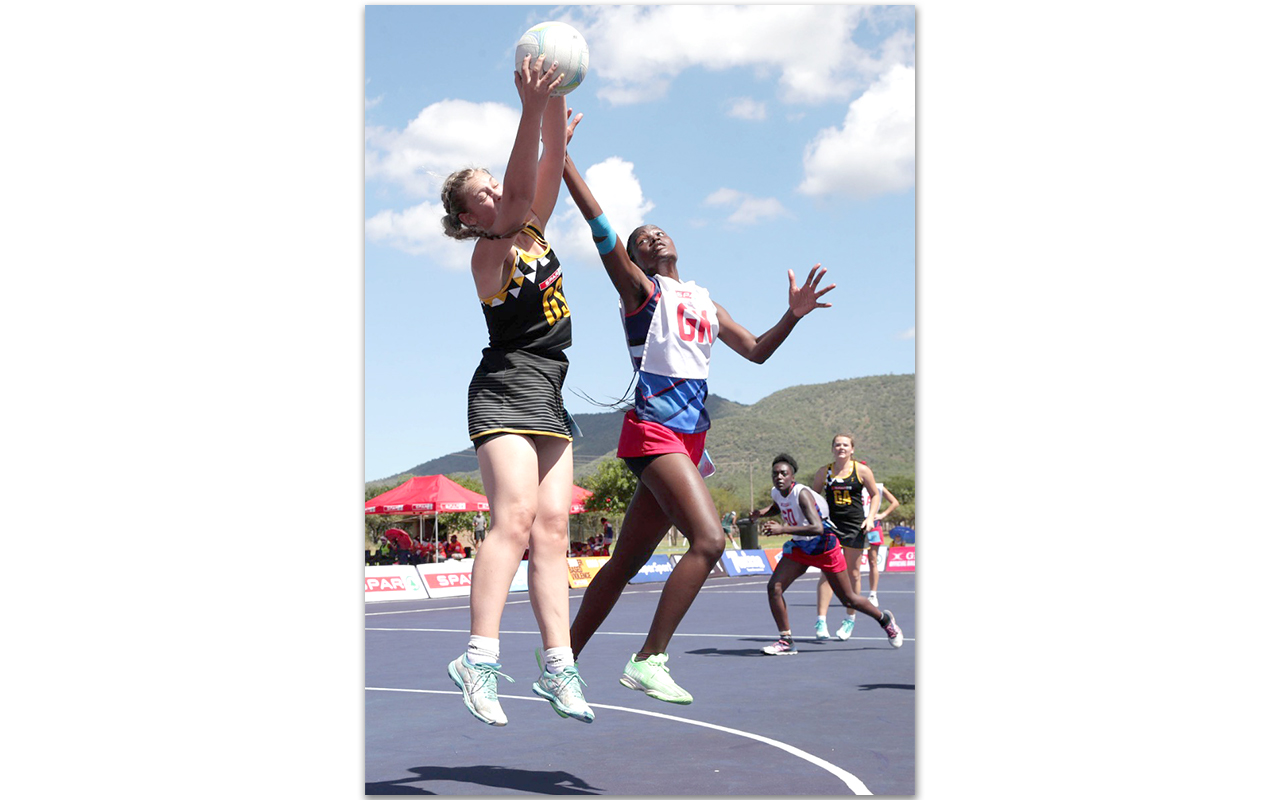 Defending champions Tshwane came from behind to beat Johannesburg 37-29 in their last round robin match at the SPAR National Netball Championships at the Zwartkloof Private Game Reserve near Bela Bela on Thursday, 10 December 2020.

Trailing 10-8 after the first quarter, Jenny van Dyk’s team stepped up a gear and took control of the match in the second. By half time they were 21-14 ahead. The two teams shared the third quarter with six goals each and Tshwane won the final quarter 11-9.  When Johannesburg appeared to threaten in the closing minutes, Tshwane goalshooter Tinita van Dyk responded with a flurry of goals to secure the win.

The two teams will meet again in the semi-finals on Friday, with Dr Kenneth Kaunda and Cape Town playing in the other semi-final match.

Coach van Dyk said her team had played better than on Wednesday, when they went down to Dr Kenneth Kaunda. “At least we weren’t as far behind after the first quarter and they responded well to the challenge of coming from behind,” she said.

“Johannesburg are a strong team and I am pleased to have had a tough match ahead of the semis.” – Tshwane Coach Jenny van Dyk, after her team progressed to the National Netball Champs semi-finals

“I have a new player in the starting line-up in every block, and they are still having to learn their combinations.”

She said the heat had not been too much of a factor. “It’s hot where we come from and everyone is feeling the effects of the same heat,” said van Dyk.

She said goalshooter Ine-Mari Venter would undergo a fitness test later in the day to determine whether she could take part in the play-offs. “We have to protect our national players and we won’t take any chances with her.”

“I still believe I have a team that can win this tournament.”

Earlier, Dr Kenneth Kaunda continued their winning ways, demolishing bottom of the log Ekurhuleni 58-16 to finish at the top of the table. “We were able to use the match to practice different combinations and angles,” said coach Elsje Jordaan.

“We set goals for every quarter.  We are still not where I want us to be – the players are still making wrong decisions, but it’s a journey for every player and they growing all the time.”

Ekurhuleni coach Olian Thabejane said his young team had learnt a lot from playing in the SPAR Championships and he promised that they would do better next year. “We only had three weeks to prepare for this, because of the Corona Virus,” she concluded.

U21 Division B2:
SF1 – Johannesburg 2 vs Lejweleputswa
SF2 – Royal Bafokeng vs Ekurhuleni 2