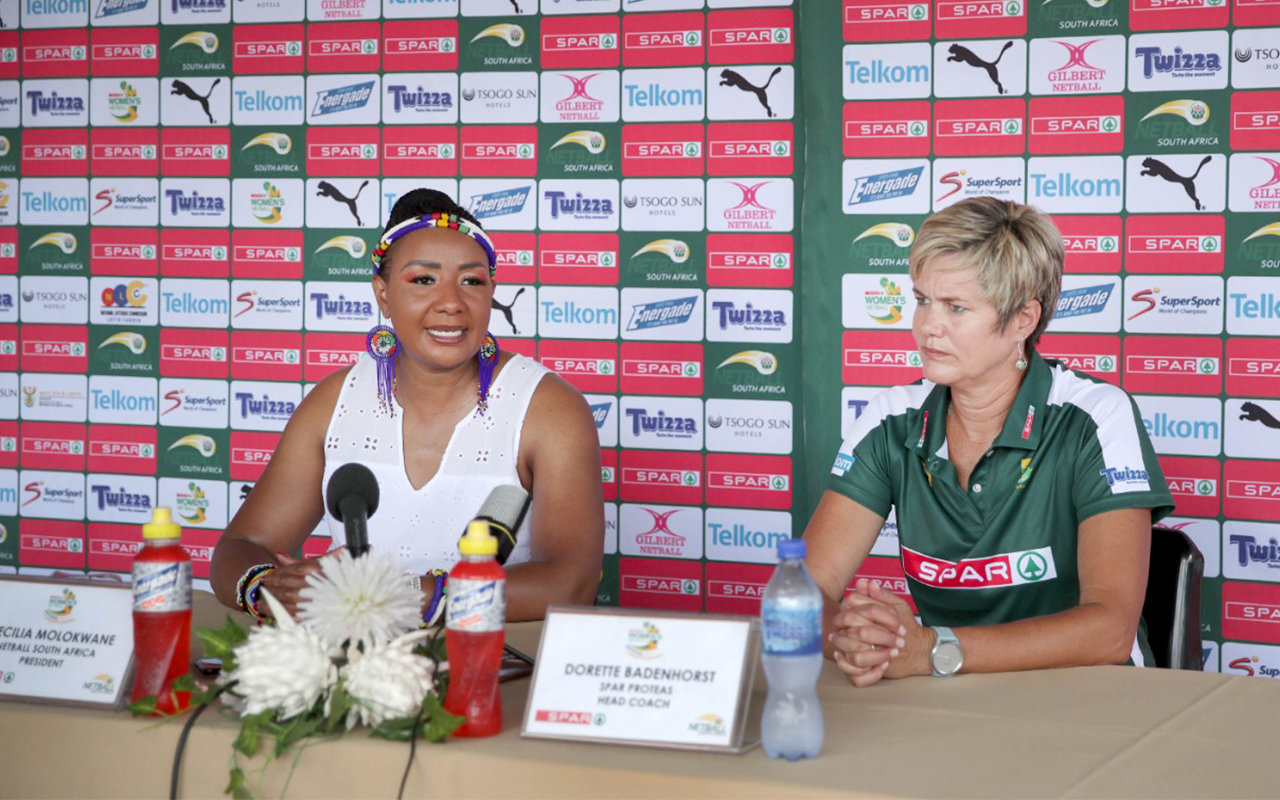 “The series against Uganda who are ranked seventh in the world is part of our preparations for the Netball World Cup. It is important for our players to play as many competitive matches as possible so that they get some game time under their belts and at the same time give coaches adequate time to try out various combinations,” said Cecilia Molokwane, Netball South Africa President.

Alongside South Africa and Uganda, Molokwane confirmed that the SPAR Baby Proteas (Under 21s), President’s XII, Uganda under 21 and Namibia will also play in this series even though the focus will be on SPAR Proteas and Uganda She Cranes.

The Baby SPAR Proteas are playing in the 2021 Netball Youth Championships later in the year and their involvement in this series will be used as game time for them ahead of the global showpiece that will he staged in Fiji.

“After our success against world number five Malawi in Sun City earlier this month, we want to show that we are indeed number one in Africa.” – Netball South Africa President, Cecilia Molokwane

“After our success against world number five Malawi in Sun City earlier this month, we want to show that we are indeed number one in Africa. It is always good for us as a team to be on court now more than ever because of the COVID disruptions we endured this year.

“The Test series against Malawi and Uganda are very important for ranking purposes.  Any match against a team that is within 50 points on the rankings table can earn us a lot of points. That is any team from world number two, New Zealand, to the tenth ranked team, Trinidad and Tobago, “said Dorette Badenhorst, SPAR Proteas Head Coach.

Molokwane stated that the goal is to move into the top four ranked teams before the Netball World Cup in 2023 taking place in South Africa. Badenhorst said Uganda was always a tough opponent and she and her players would have to strategise well before the series.

“They (Uganda) have a lot of height at both ends of the court, which makes them difficult opponents.  We will have a training camp of at least a week before the start of the series to prepare. I have been looking out for talent at the SPAR national championships here in Bela Bela.

“I do not think there will be many changes to the national squad, but there will be some.” – SPAR Proteas head coach, Dorette Badenhorst

“You always identify talented players at the national championships. Because it is being played on a district basis, more players have an opportunity and I have been watching B-section as well as A-section matches, I do not think there will be many changes to the national squad, but there will be some,” concluded Badenhorst.

The SPAR Proteas team that will be participating at the 2021 SPAR Challenge will be announced in due course once the coaches and selectors have agreed on it. Venues and broadcast details will be announced early 2021.