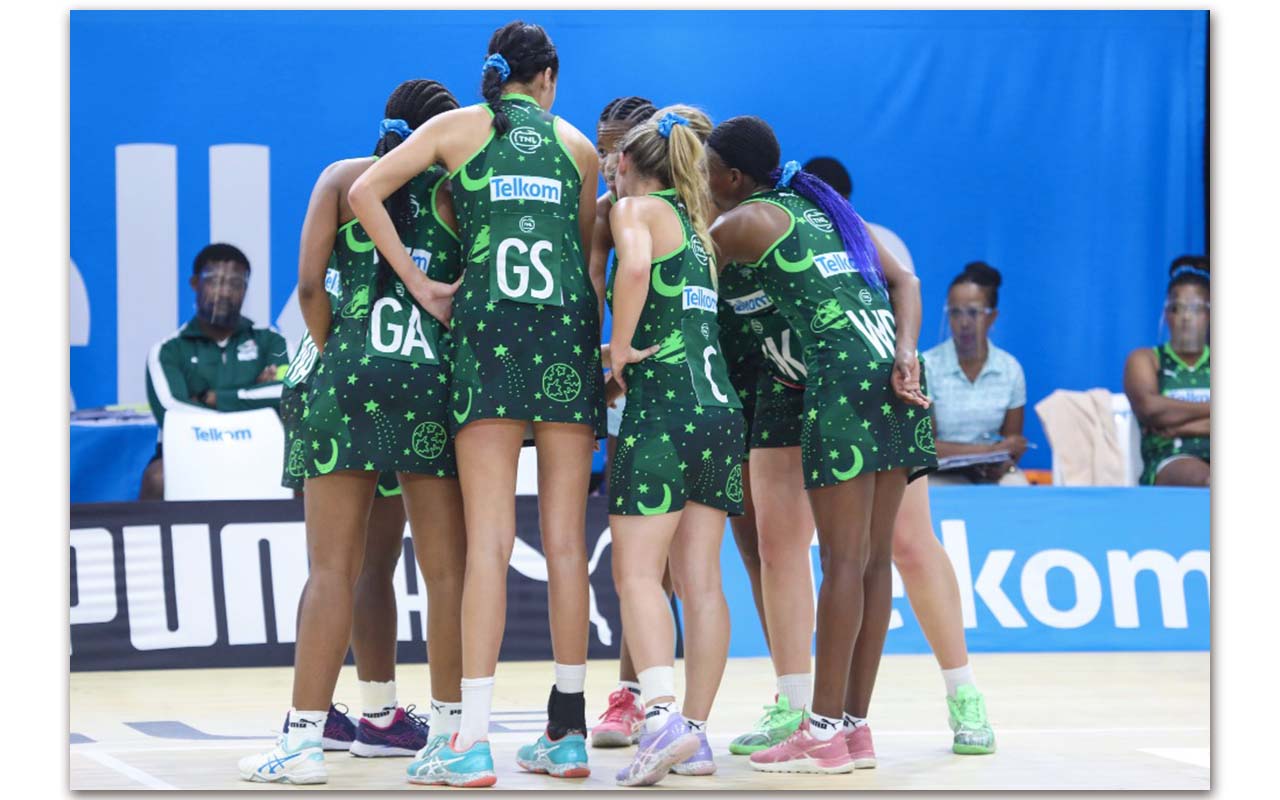 The Eastern Cape Comets ground out a 34-31 win on their Telkom Netball League debut against the Kingdom Queens, at the Heartfelt Arena in Pretoria on Monday, 6 September 2021.

It was a very defensive showdown which resulted in a low scoring game. Not the greatest of gift for Queens coach, Zola Starke, who was celebrating her birthday as she pulled out all the strings and even gambled by moving Wing Defence, Nosihle Mkhwanazi, to Center for the very first time. Mkhwanazi was named the Player of the Match for her versatility and her defence efforts.

Comets coach, Wendy Higson has set her eyes on winning Division 2: “It wasn’t our best game, but I could definitely see the nerves in the girls. The first game is over and hopefully from now on we can just settle down and play the way I know. I’m hoping to get into the semi-finals and finals although there are a couple of things that we still need to work on.”

The KZN Kingdom Stars kick started their Telkom Netball League journey with a 37-49 defeat against the Gauteng Jaguars. Stars had a very disappointing campaign last year after losing all their matches, but Marguerite Rootman’s side were lethal in the first quarter leading the defending champions 11-9.

Jaguars coach, Jenny van Dyk made two changes in her defense after the first quarter as they looked to unsettle the KZN side. Stars started to lose momentum from the second quarter while the Jaguars relied on their experience to extend their lead throughout the game.

Even after their second consecutive win, van Dyk lauded Stars for their strong start: “It was their first game, and we went in a little bit blind, but we had a good idea of what all the players can do. The trick is to try and figure out what they can do together in combinations. I felt they had a solid defence structure at the back and a moving shooting circle. So, they did well throughout the game.”

The Eastern Cape Aloes maintained their winning momentum defeating Northern Cape Diamonds 56-47. Player of the Match, Aloes Goal Shooter, Jody Vorster was in a league of her own, dominating the shooting circle and making every goal count. A very competitive first quarter saw both teams being separated by just one goal, but Aloes put their foot on the accelerator, leading the third quarter 49-37. Diamonds won the last quarter 10-7 but that last minute fire power didn’t make much of a difference on the scoreboard at the end of the game.

“I said to the players they must tell me what they did good and which areas we can improve on in these matches. The difference between yesterday and today’s game is that we worked on keeping our own center pass and remained focused throughout the game,” Aloes coach, Sameshia Esau commented after the game.

Diamonds coach, Karien Opperman says her girls are still on the right track: “In netball, it’s not always about winning but it’s about how you perform, and they really performed well for me.”

North West Flames opened their campaign with a 46-53 defeat against the Southern Stings. The Flames only managed to win just four out of ten games last year under coach Dr Elsje Jordaan, who is now the U21 national coach.

Stings coach, Annelie Lucas made four changes to her starting seven following Sunday’s defeat against the Gauteng Jaguars and opted for different combinations which certainly worked in her favour.

Flames coach, Lizelle Erasmus is confident that her team will pull out all the stops moving forward: “It’s always hard luck losing your first game. Even though the Flames have been playing for a long time, I have got ten new players and they are all hungry for success. I think first game jitters came into play because I utilized the whole bench, and everybody got a taste of this, so I am excited to see what’s coming.”

It all went down to the wire as the Tornados clinched a last minute 47-41 victory against Mpumalanga Sunbirds. Sunbirds led the first three quarters, but it was Tornados who stepped up their game and took advantage of their turnovers in the last five minutes of the game to open up the gap between the two sides.

Tornados coach, Danlee Matthews commended her team for their tenacity: “The girls’ fitness in the last quarter pulled through for me. The fact that they could think clear and be clinical after fumbling a lot in the first two quarters. We were not focused but that all changed in the last two quarters.”

Photo 1 Caption: The Eastern Cape Comets came out tops against the Kingdom Queens with a 34-31 win on their debut, on Monday, 6 September 2021. Photo: Supplied