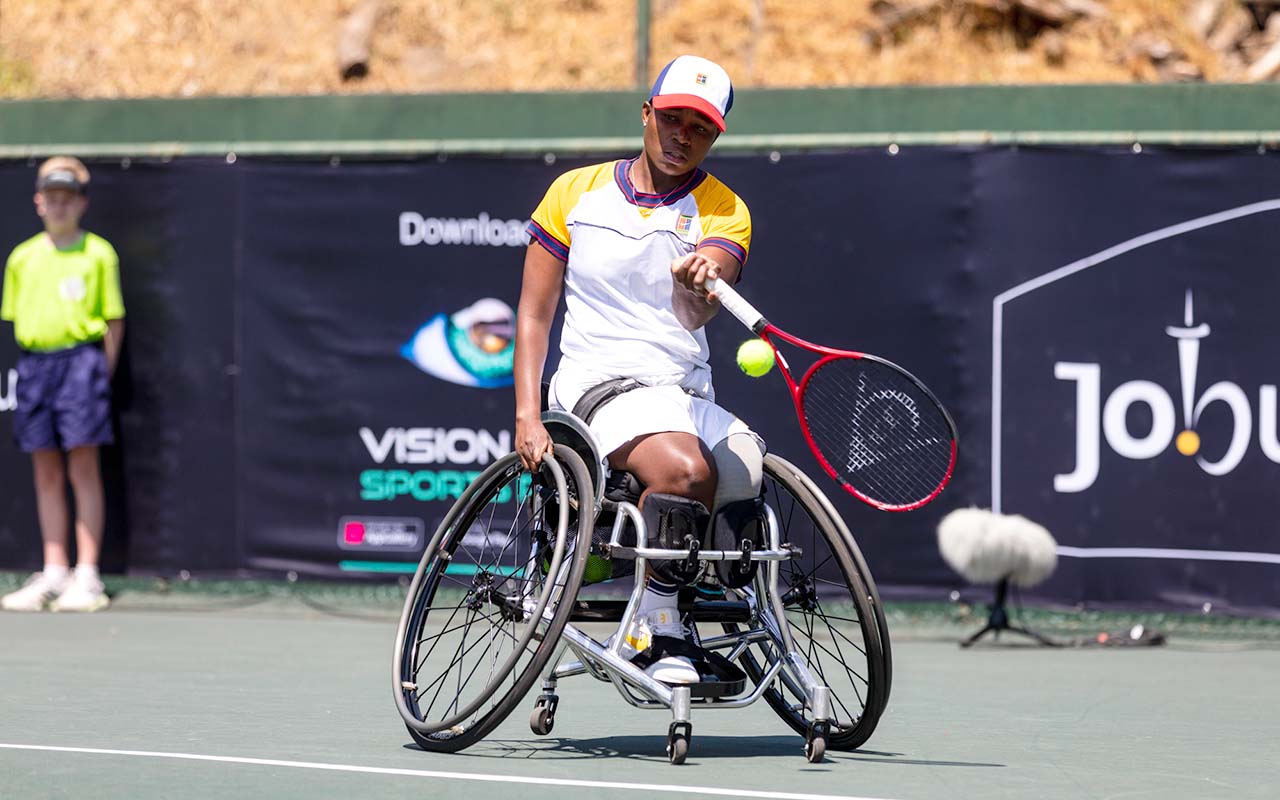 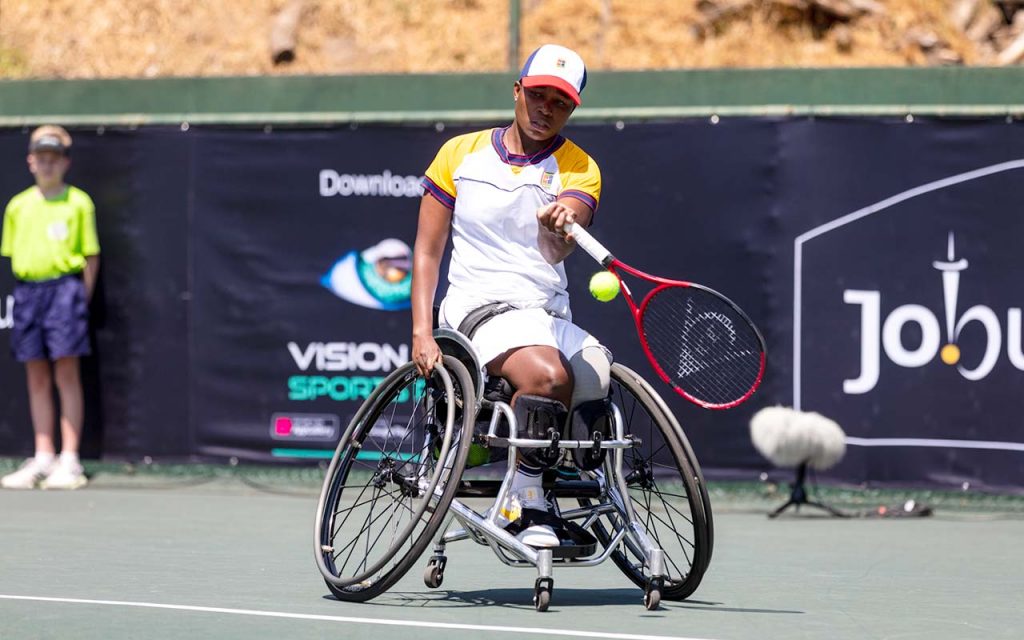 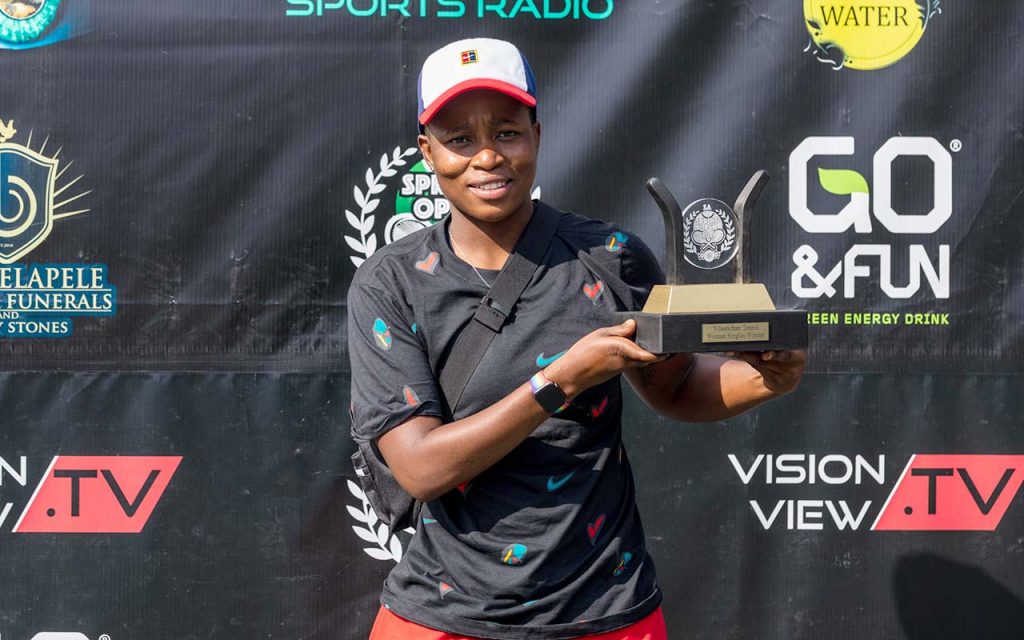 The Limpopo-born star, 35, dismantled the Dutch second seed in a 6-1, 6-4 victory to repeat her triumph of 2019 at Ellis Park Tennis Courts in Johannesburg.

Montjane enjoyed a double victory as she bagged the doubles victory with Griffioen on Friday. The South African-Dutch pair defeated Mariska Venter and Mabel Mankgele 6-1, 6-0.

“I think I really played well. The second set was very solid, and I was really composed,” said Montjane.

“The second set started very well; could have been better but obviously tennis is a game of nerves and how you respond to that is the most important part of it and I think I did well.

“It feels great. It feels great to win a title, first one of the year, and to do it at home. I think it’s just more special.” SA Spring Open Champion, South Africa’s Kgothatso Montjane

“I’m just grateful for the opportunity to come out here and compete on home soil.”

“I’m happy to have retained my title and to have come here to take part in this great tournament.”

The women’s finalists were confirmed on Saturday at Ellis Park after some scintillating semi-final clashes.

Both of the athletes have done exceptionally well so far in this tournament and with one game between them and the crown, they will all be desperate to make sure they walk on to Centre Court on Sunday.

Photo 1 Caption: A relaxed Kgothatso Montjane put in a superb performance to defend her title at the second 2021 SA Spring Open, in Johannesburg on Saturday, 25 September. Photo: Picture Café