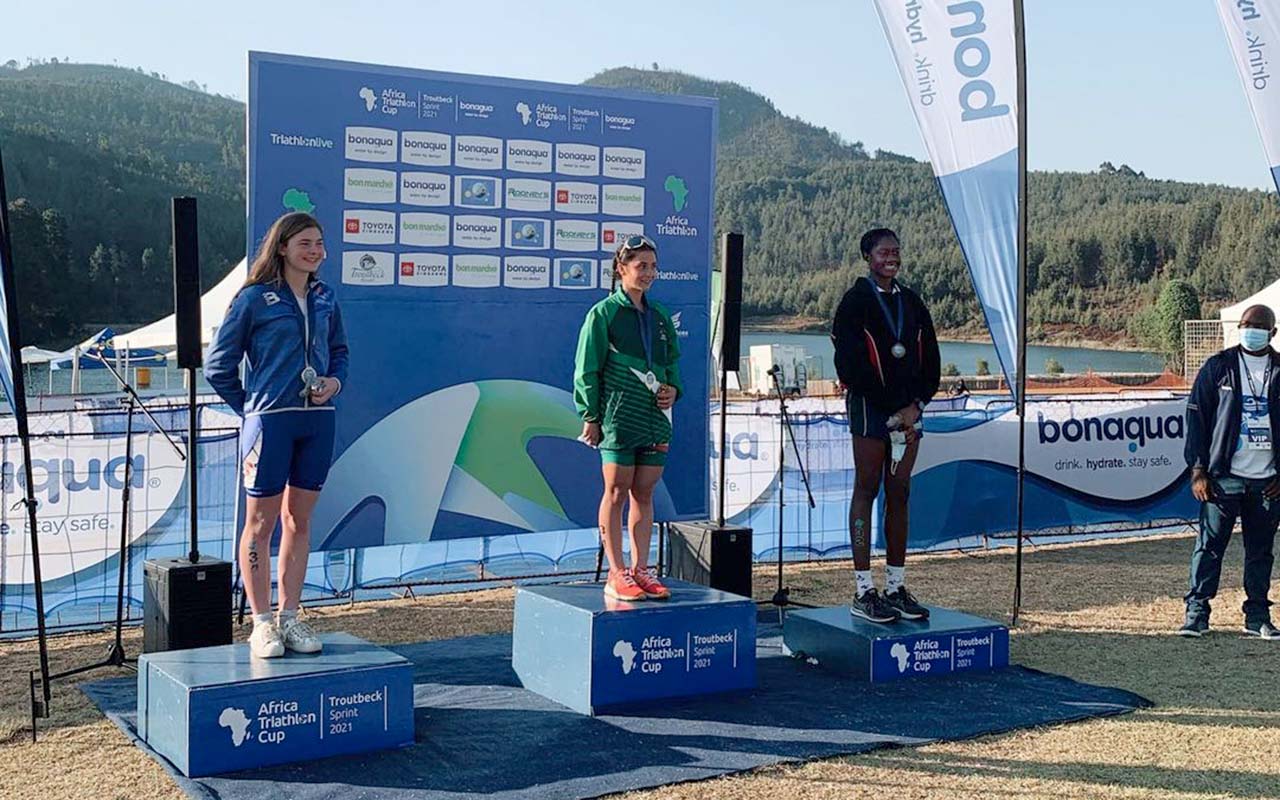 The start list of the junior women’s event was a thriller and lived up to expectations.

After their podium finishes at the 2021 African Triathlon Championship in Sharm El Sheikh in Egypt in June, Ribbink and Zimbabwe’s Makanaka Mawere once again competed against each other in the junior women’s event.

Newman was closely followed by 20-year-old Bridget Theunissen who finished second, making it a first and second-place finish for the South African ladies.

After a 15-year absence from the competition, 45-year old Zimbabwean Greer Wynn will be glad with her return to competition at Troutbeck, finishing third in the senior women’s elite race.

The 14th edition of the Triathlon Cup was held under strict COVID-19 protocols.