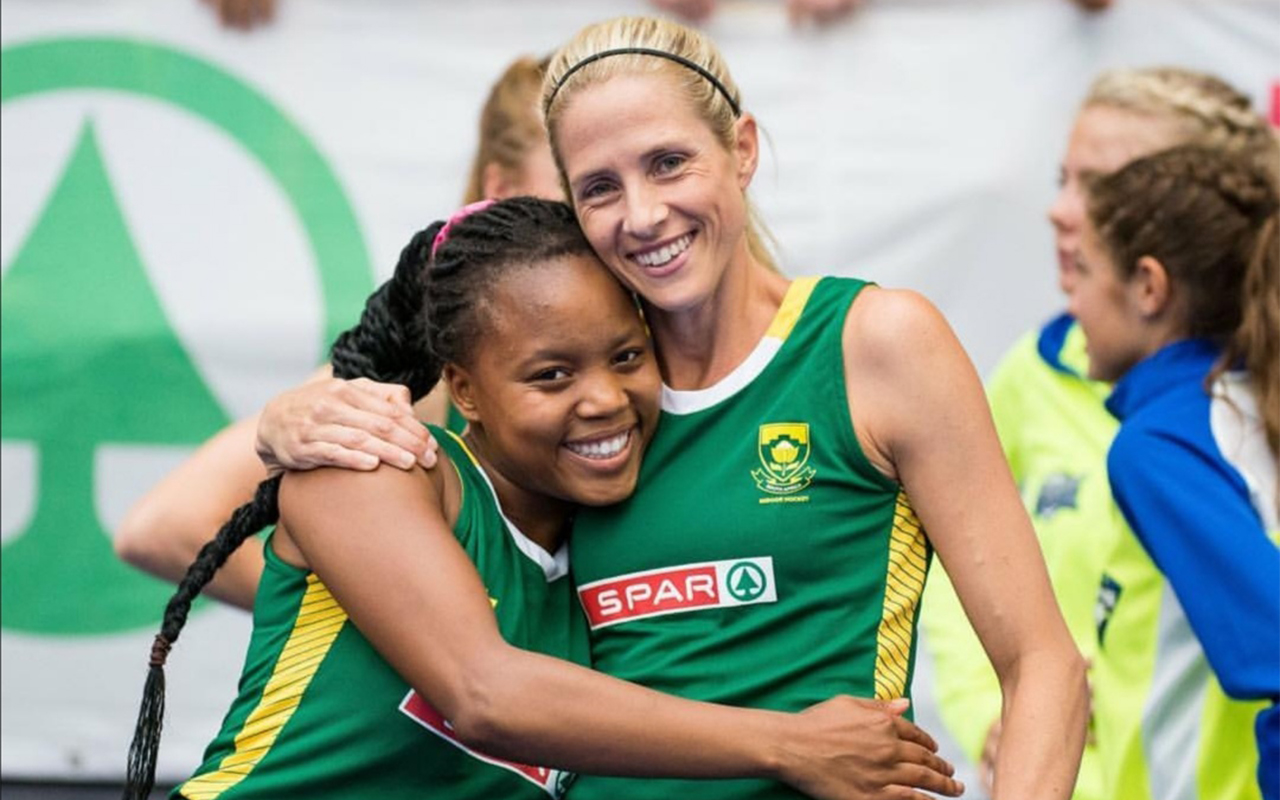 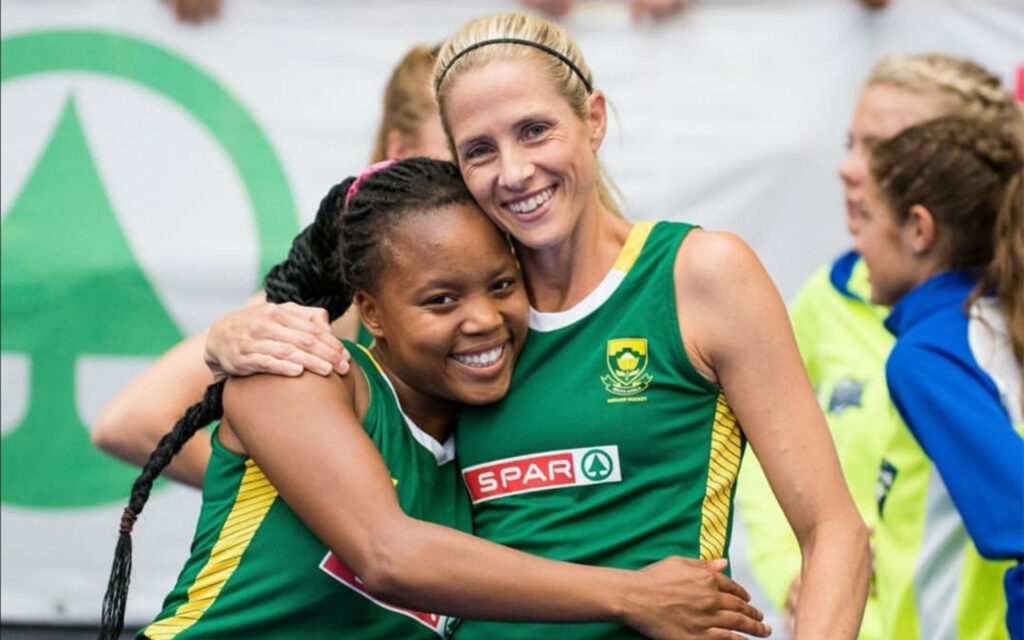 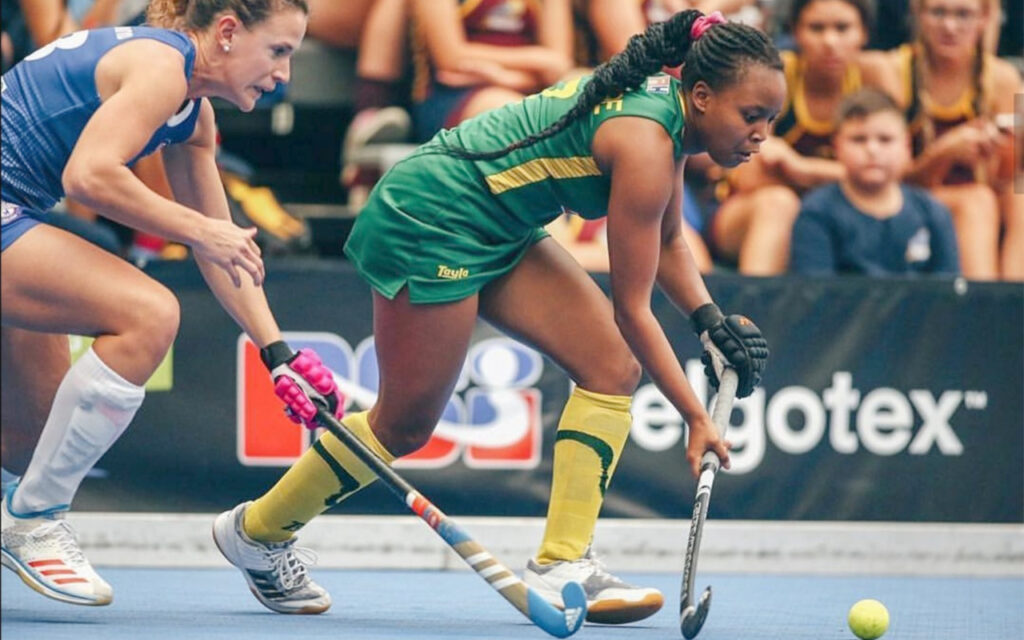 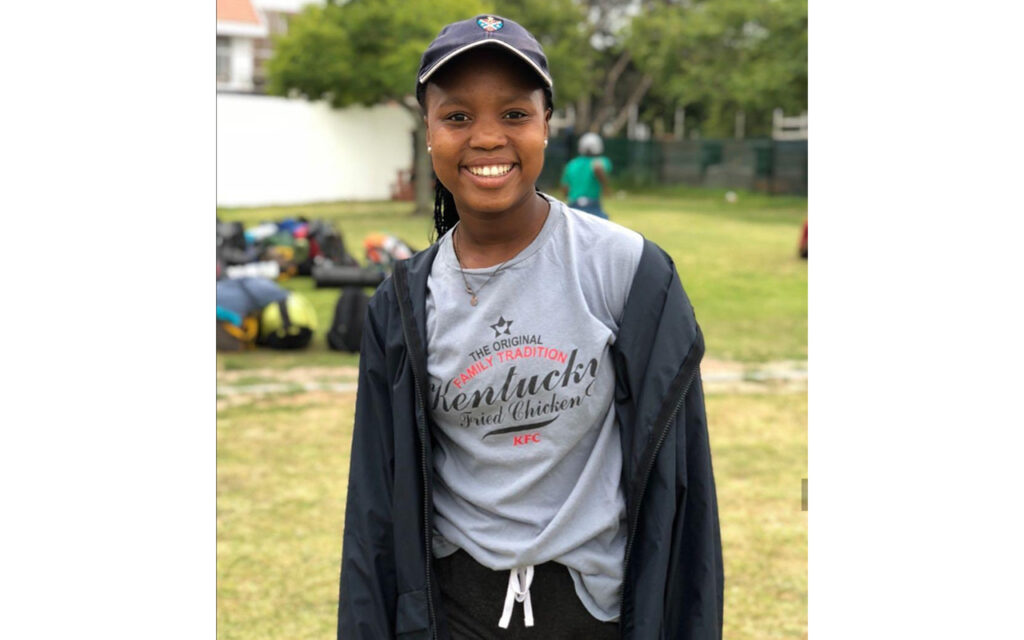 Edith Molikoe represents the new, emerging set of hockey stars in South Africa, and despite Covid-19 bringing her dream of playing at the Olympics to a halt, she is still keeping a positive outlook.

In 2018, Molikoe first caught the attention of national selectors when she was named junior player of the tournament for an interprovincial competition in Cape Town.

That same year, she was also selected for the SA Indoor side that travelled to Switzerland and the Czech Republic.

In 2019, she continued with her outstanding performances, being part of the national team as the youngest player in the side, while juggling her final year in high school which Molikoe admits was a huge challenge.

Currently a student at the University of Pretoria, Molikoe is studying towards a Higher Certificate in Sport Science and hopes to help other young athletes achieve their sporting dreams.

Speaking with Celine Abrahams, Molikoe chats about starting her hockey career in Grade 3 and describes the state of women’s hockey in South Africa.

Edith, it’s a pleasure speaking to you! Please introduce yourself and tell us more about you.

The past few months have been tough with the Covid-19 lockdown. How have you been able to keep fit?

So, I have a program that I’m following during lockdown to keep fit and I’ve been going to one of my trainers Chad Durrheim who’s working really hard to keep me fit and motivated during this time. I see him twice a week and on the other days I train by myself and this helps me to become disciplined. Sport is a natural thing for me because I come from a sporty background and when I was young, I just loved being active, so my parents made me do as many sports as possible.

When is the earliest you expect to be back playing?

To be honest I have no clue when we are expected to get back on the turf or court but I’m sure it will be soon.

Where did you grow up and when did it dawn on you that you wanted to make a career out of playing hockey?

“It became a lot serious in Grade 3 so that’s when I decided that I wanted it to be a career choice.” – South African hockey player, Edith Molikoe.

I was born in Free State but moved to the Eastern Cape and live in Port Elizabeth. To be honest hockey was always a fun thing for me, but it became a lot serious in Grade 3 so that’s when I decided that I wanted it to be a career choice.

What have been your career highlights to date?

What are some of the lessons you have learnt along the way?

What I’ve learnt is that you will always learn something new no matter how old you are and also never to be afraid to make mistakes because that is where you will learn.

How would you describe the state of women’s hockey in South Africa?

Women’s hockey is growing every single day. There are women who have the hunger, the passion and the talent is there in our hockey teams. We have such quality coaches that work with us but at the same time, we are playing catch up with the other teams in the world. However, it has not stopped us as we are always competing, we never stop! The progress and the level are better, and you can see the difference in the teams.

What changes would you like to see taking place regarding promoting female hockey players and encouraging young, up and coming players to know that it is possible to make a career out of the sport?

One thing I would change is that the women’s South African team has to play more international games against other countries, and the other one is that there isn’t enough resources and funding for women to make a career out of the spot so I would like to see a change in that.

What has been the biggest challenge for you in your career so far?

To be honest my biggest challenge was trying to juggle being an international athlete with my final year of matric.

Which sportswomen inspire you and why?

My role model is Maria Jose Granatto. She’s my role model because she is so passionate about everything she does on and off the field.

What is your advice for young girls who are looking to following their sporting dreams?

“You might not achieve it straight away it might take a few years, but nothing will be achieved if you don’t have the hunger to work hard!” – Molikoe shares advice to young girls who are looking to make their dreams a reality.

My advice to the young girls is to never give up, it won’t be easy, and it won’t be given to you on a plate, you have to work hard to achieve your dreams. You might not achieve it straight away it might take a few years, but nothing will be achieved if you don’t have the hunger to work hard!

Beyond your sporting career, what other career path would you like to take in the future?

My other career path is to finish my studies and be able to help the kids that have dreams like mine.

Photo 1 Caption: Edith Molikoe is keeping a positive outlook on life after her dream of playing at the Olympic Games this year was brought to a halt due to the global Coronavirus pandemic. Photo: Supplied

Photo 2 Caption: In 2018, Molikoe first caught the attention of national selectors when she was named junior player of the tournament for an interprovincial competition in Cape Town. Photo: Supplied

Photo 3 Caption: That same year, she was also selected for the SA Indoor side that travelled to Switzerland and the Czech Republic. Photo: Supplied