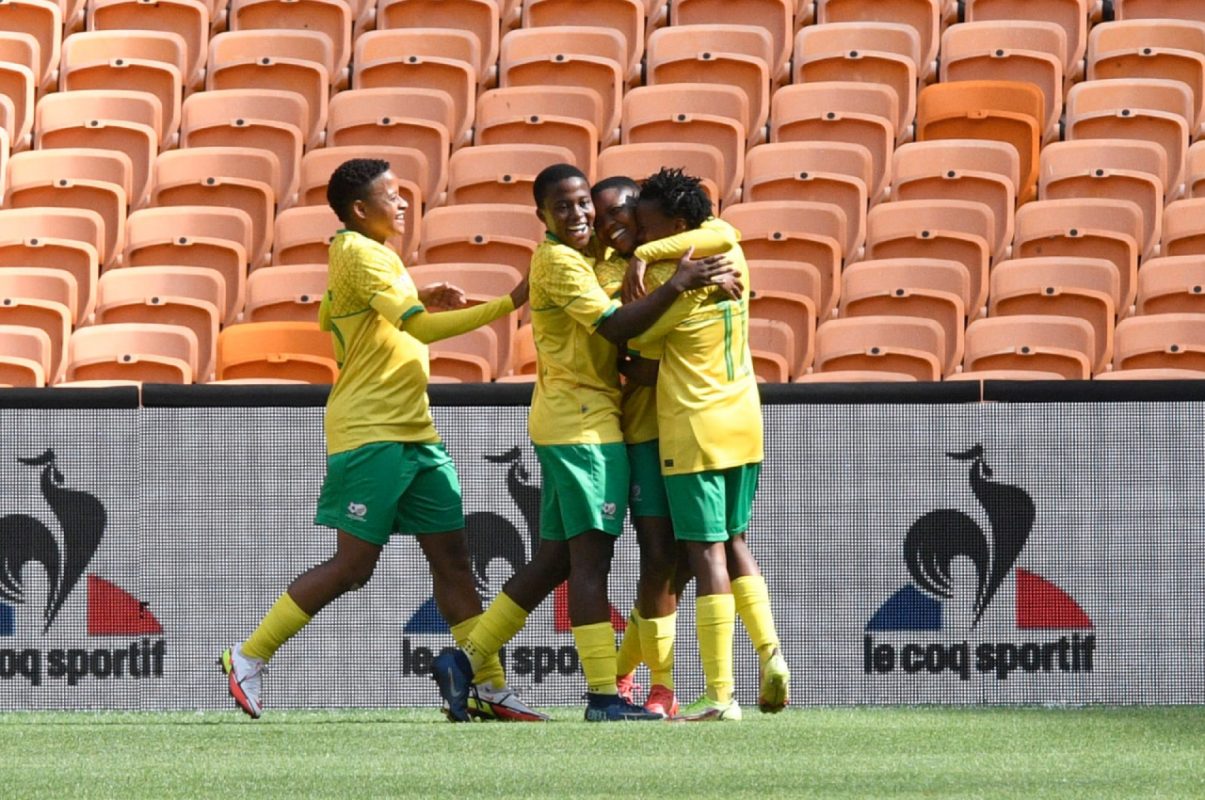 The return leg, which took place at FNB Stadium, saw the South African’s add to their aggregate after winning 7-0 last week in Maputo.

Click here to read the match preview on gsport

Despite the victory, Ellis shared positive criticism as the team aims to build for future tournaments as she feels the team did not execute the plan accordingly, “I think we played much better in Mozambique. Our movement off the ball today, especially the first half, we were very static,” she explained.

“In that way we kept playing the long balls, which doesn’t work for us. We kept saying let’s build up, let’s play and we wanted the two centre-backs to move into those spaces and to effect change because they had sat very deep.

“In the second half, we said to the two centre-backs that they can make us play because they had so much space in front of them and when they started dribbling through, the opening started happening.”

Speaking on the opportunities created, Ellis said: “Once again, we created opportunities, but we weren’t clinical enough.”

After back-to-back camps, national team players are set to return to their respective clubs.