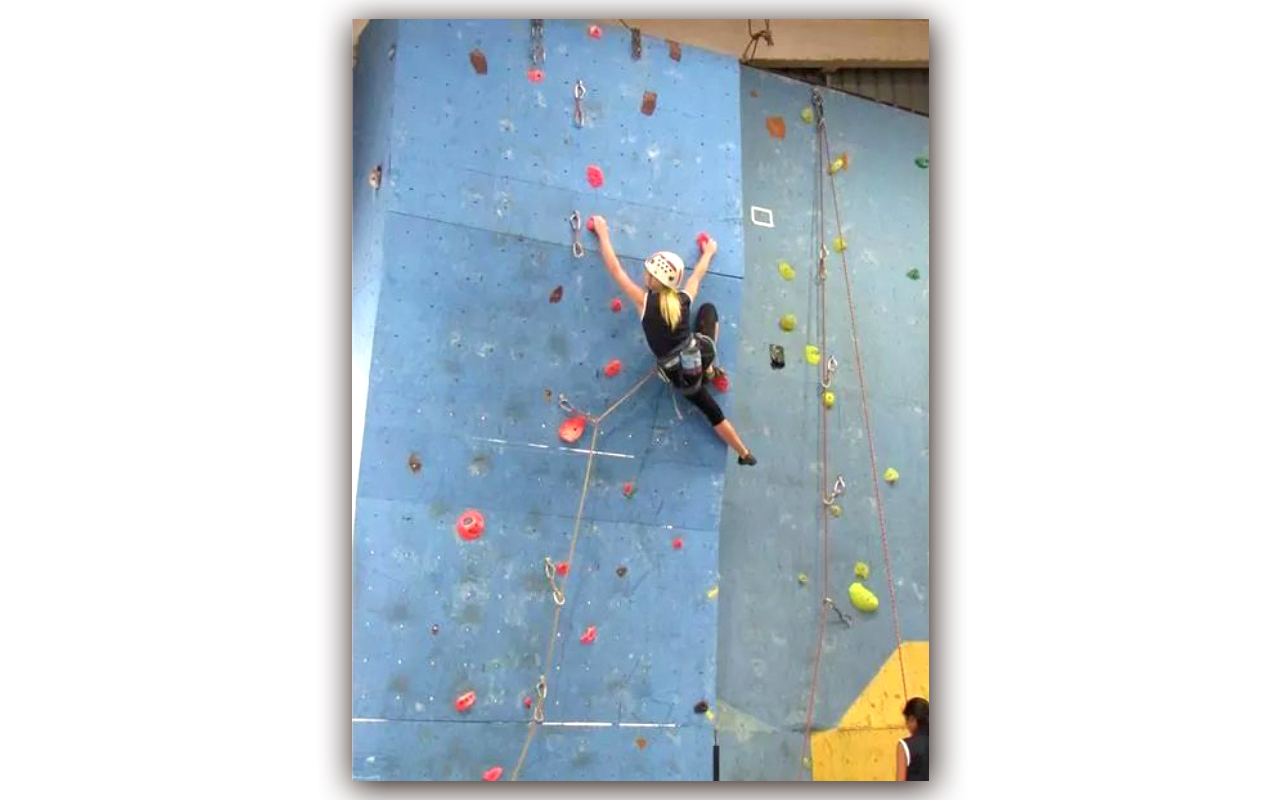 Top South African Sport Climber, Erin Sterkenburg is aiming to expose the sport to a wider audience as she prepares to represent the country at the Olympic Games in Tokyo.

The Durban matric student made headlines when she became the first female Sport Climber from Mzansi to qualify for the Olympics as the discipline makes its debut at the tournament this year.

“Feels crazy that I’m the one that gets to go,” Sterkenburg revealed in an interview with gsport’s Celine Abrahams. “I’m so grateful for the opportunity, and that Africa was given a spot at the Olympics.

“I’m a little nervous, but I’m really excited to be able to compete with such amazing climbers overseas.”

Sterkenburg qualified for the Olympics after winning gold at the IFSC African Championships in Cape Town in December 2020, which was a defining moment in her young career.

“We didn’t know exactly what to expect because the route setters aren’t ones that I know of,” the 17-year-old explained. “So that was always going to be a challenge being the routes and boulders, but I was really excited to get to climb them.

“Then when I realized that I had won, I kind of didn’t know what to do for a second.” – South Africa’s Sport Climber, Erin Sterkenburg

“During the competition, I tried not to think about the possible outcomes and just to concentrate on competing. Then when I realized that I had won, I kind of didn’t know what to do for a second.

“I immediately ran over to where my coach and my parents where and it was very emotional. All of us are so happy, and standing on the podium …, Yeah, that was that was a really amazing moment.”

With less than five months to go to Tokyo, Sterkenburg and her male counterpart, Chris Cosser, are seeking sponsorship as they require financial backing to represent the country on the world stage. Click here to visit their GoFundMe page and support their Olympic quest.

In the interview, Sterkenburg continues to chat about her love for Sport Climbing and desire to develop the sport further.

Photo 1 Caption: South Africa’s Sport Climber, Erin Sterkenburg, pictured at the IFSC African Championships in Cape Town in December 2020, where she was crowned champion and qualified for the Olympic Games in Tokyo. Photo: Erin Sterkenburg (Instagram)