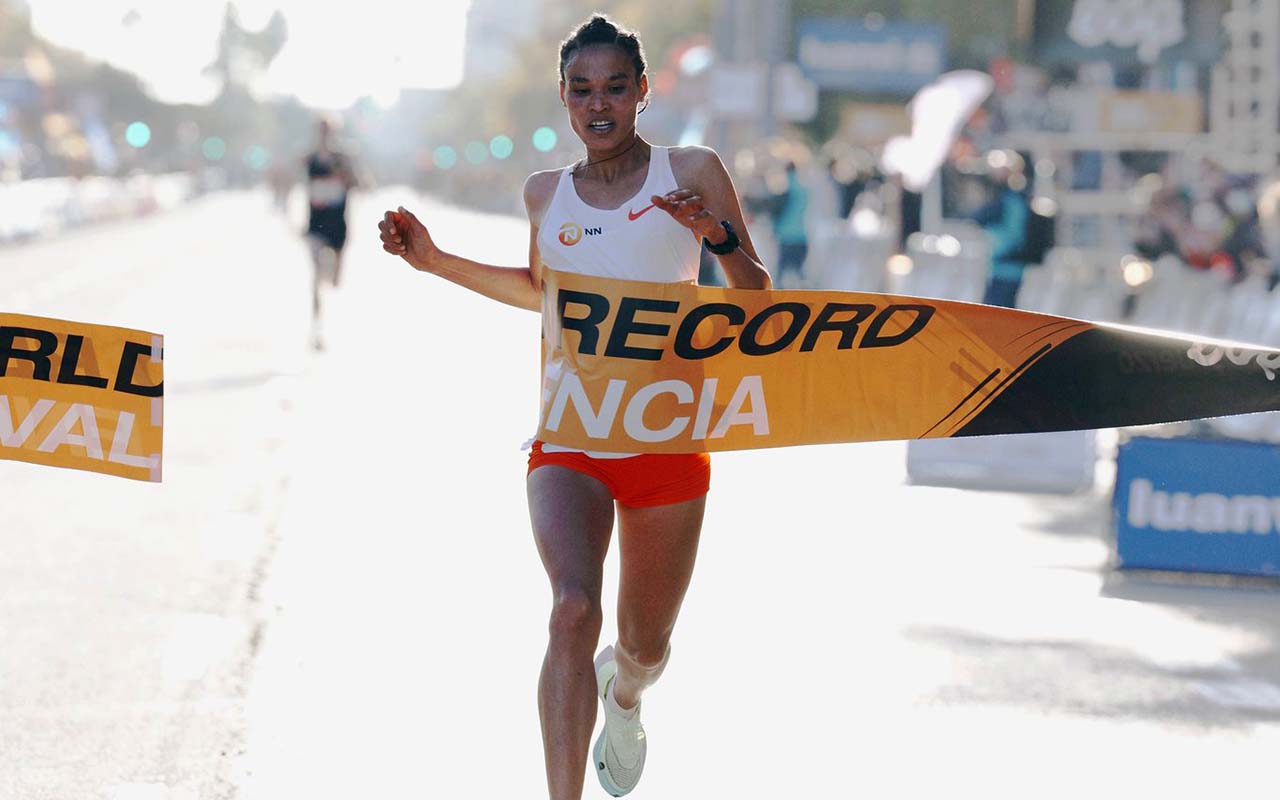 Ethiopia’s Letesenbet Gidey smashed the world record* at the Valencia Half Marathon Trinidad Alfonso EDP, clocking 1:02:52 on her debut at the distance at the World Athletics Elite Label road race in Spain on Sunday.

Competing in the same Spanish city where she broke the world 5000m record last year, Gidey took more than a minute off the previous mark of 1:04:02 set by world marathon champion Ruth Chepngetich earlier this year.

Yehualaw, whose recent 1:03:44 clocking in Larne could not be ratified as a world record due to the course being too short, drifted further back over the next few kilometres as Gidey reached 10km in 29:45 – the third-fastest clocking in history for the distance and just seven seconds shy of the world record set just a few weeks ago by Kalkidan Gezahegne.

Gidey maintained her incredible pace and covered the next 5km segment in 14:44, bringing her to 15km in 44:29 and putting her more than a minute inside world record schedule. Although her pace dropped very slightly in the last quarter of the race, she had done more than enough to ensure victory in a world record time.

Yehualaw finished second in 1:03:51, also inside the previous world record.

Copy by World Athletics, with editing by gsport