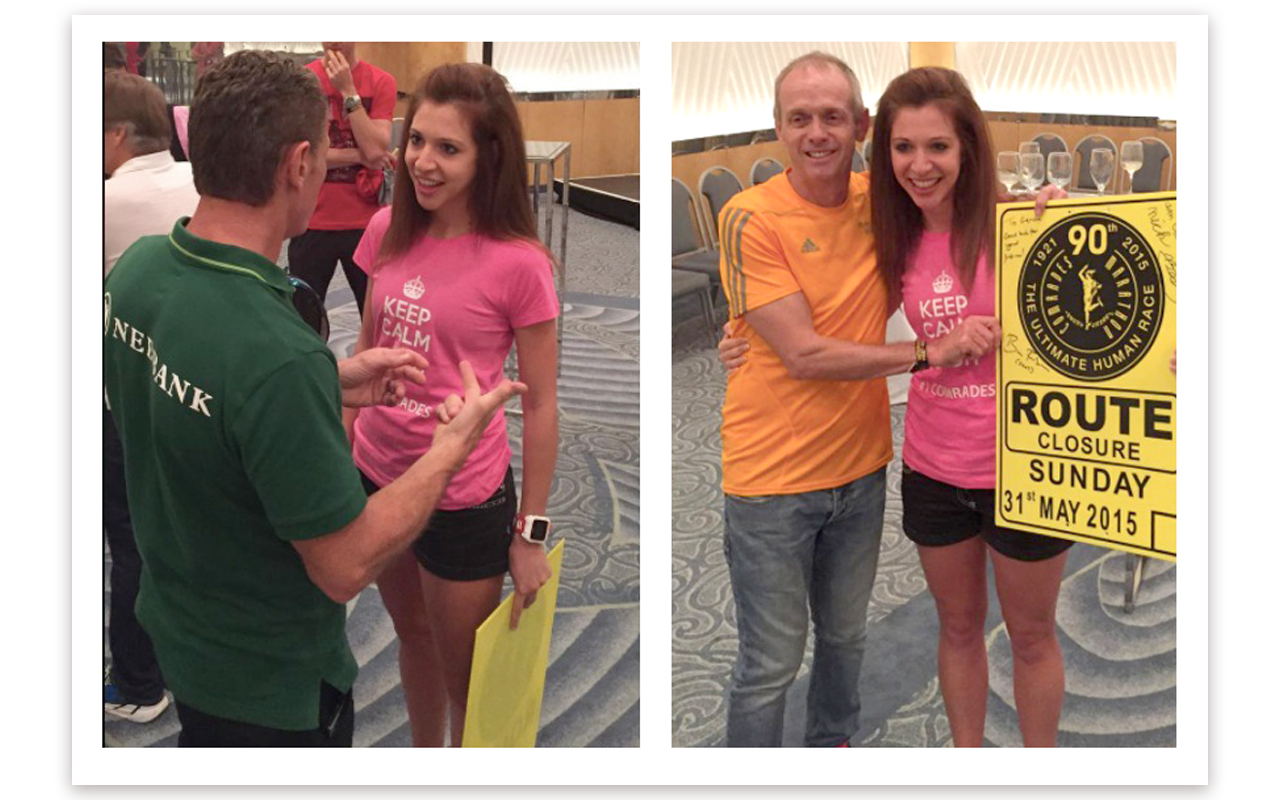 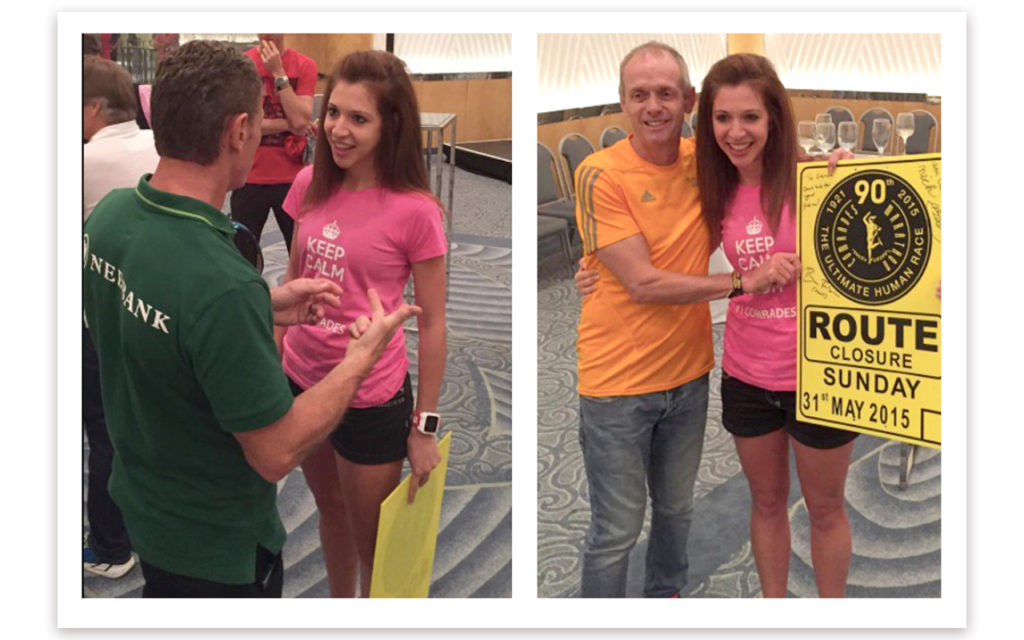 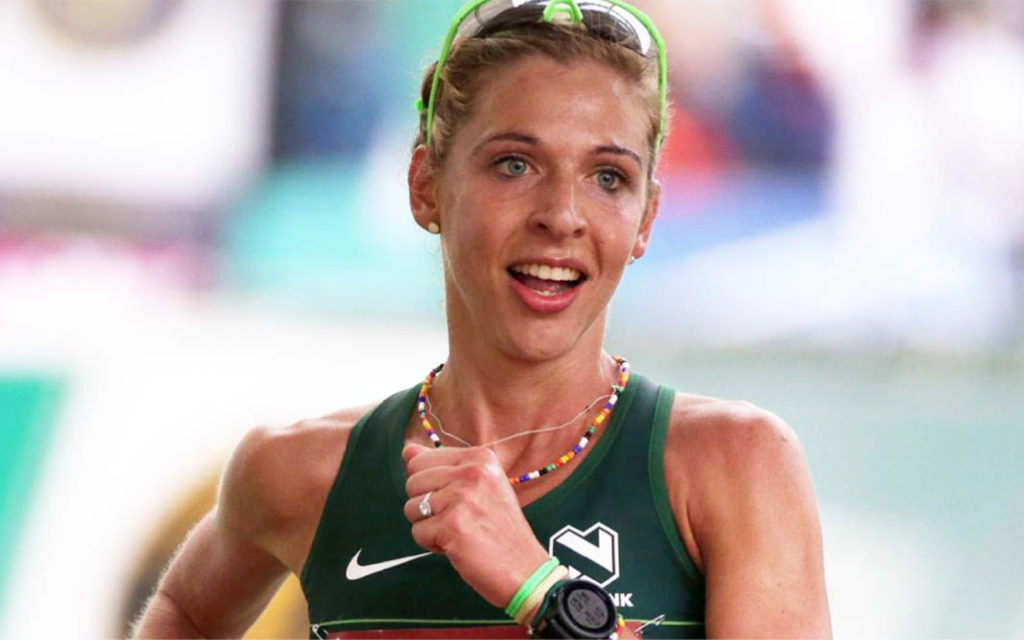 With the 95th Comrades Marathon confirmed for 13 June 2021 as a down run from the Pietermaritzburg City Hall to Moses Mabhida Stadium in Durban, SA champion marathon runner, Gerda Steyn, took a trip down memory lane, reminiscing on the start of her career at the 2015 Comrades Marathon.

As planning and preparation continue for the globally-rated race scheduled for the second Sunday in June – Covid-19 and government restrictions permitting, Steyn took to her Facebook page to share an incredible story about the night before she ran her first ever Comrades race:

“So, I want to share this from 2015… Two nights before my very first @comradesmarathon we heard that @bruce_fordyce and @ysterbester were in our hotel lobby so we decided to go down to ask for their autographs!

“I was so stoked and also a little embarrassed when @pilotdunc told Nick that he thinks I have got potential to be a good runner. I was so nervous about the race and probably with good reason, only having done my first and only full marathon distance in January that same year.

“Anyway, we were chatting away and (as you can see in the pictures). I left feeling starstruck!

“I finished the 2015 up-run in 8h19mins. I was broken… I mean… BROKEN
but loved it and fell in love with the sport!!” – SA champion marathon runner, Gerda Steyn on Facebook

“Every year I am reminded of that first experience and I still feel the same amount of excitement and nervousness, however I do think that you learn to manage it a bit as the years go by!

“And every year since then I managed to improve greatly on my time and position until 2018, where I finished in 2nd place which meant that the only way to keep the curve pointing upwards was to win the race.”

“My own progression has always been my greatest drive and I hope to never lose that same passion and excitement I had when I started!!!

“Everyone’s story is different but this is my story and I can’t wait to see what the next chapter brings!! #runningislife #passionateaboutprogress #findyourpassionandliveit,” she concluded.

Follow @gsport.co.za on social media and check out the latest news on gsport.co.za as we increase our efforts to raise the profile of women in sport.