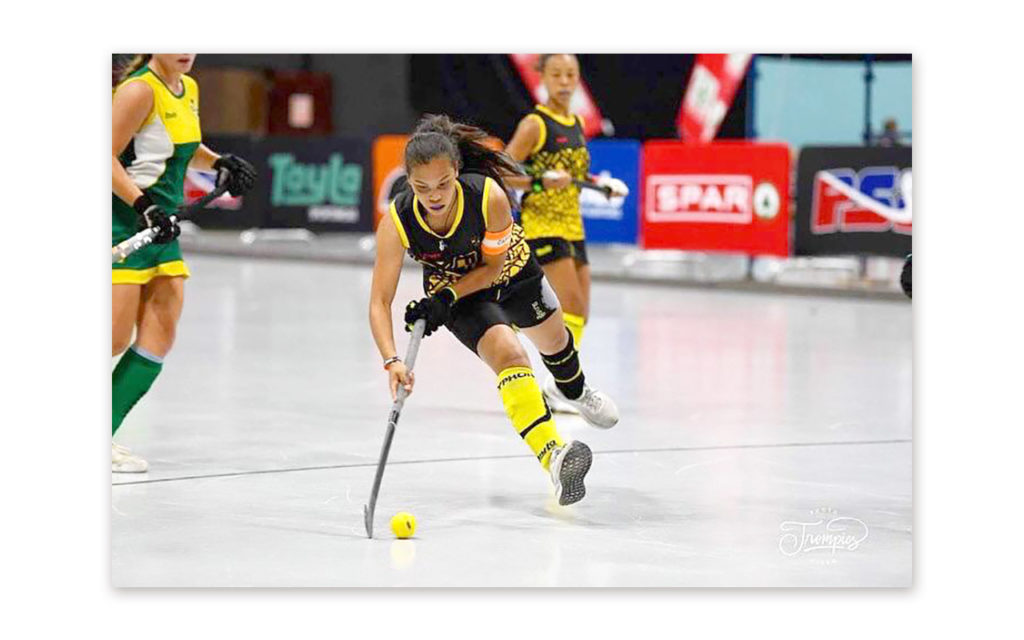 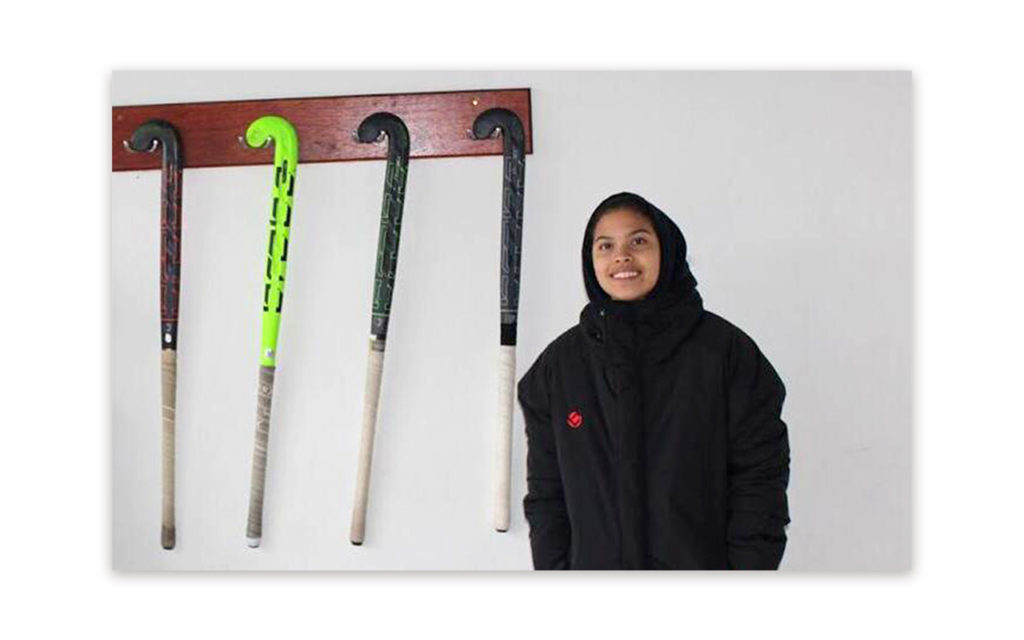 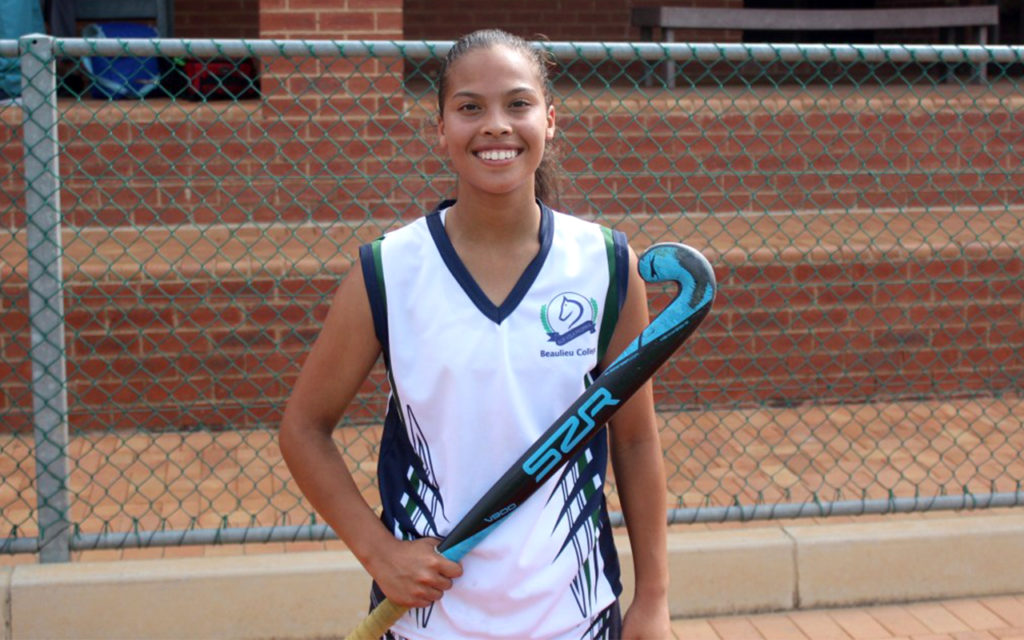 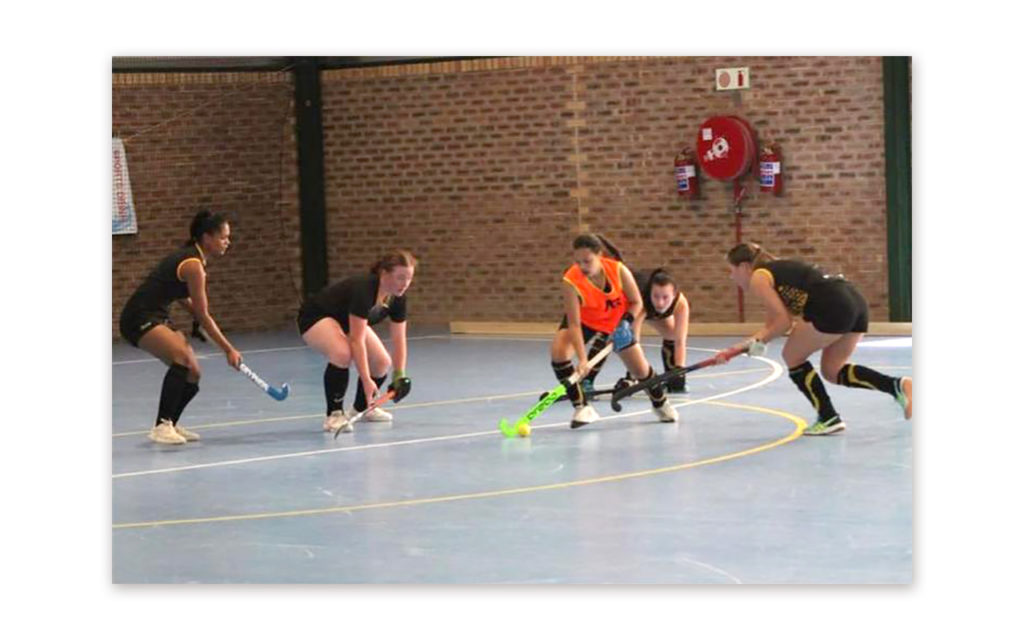 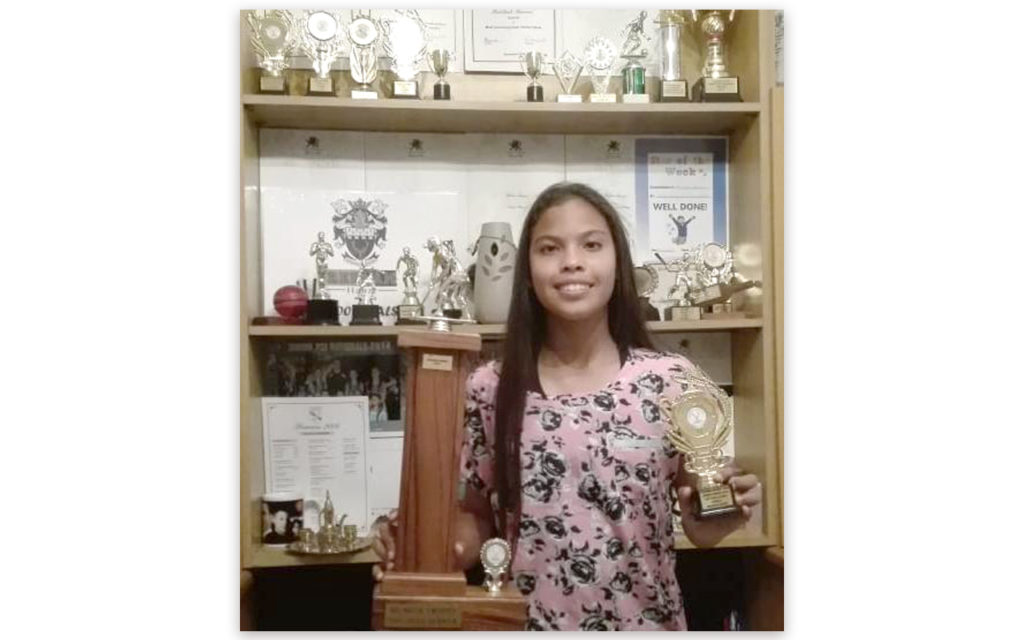 Malikah Hamza is widely regarded as a rising South African hockey player, but what many don’t know is that she also making a name for herself in the world of cricket, and her plans are to dominate both sporting codes.

The 16-year-old has a dual focus as she works towards earning a spot in the final U21 Hockey World Cup squad as well as the Gauteng Senior ladies cricket team.

The 2019 Mail & Guardian 200 Young South Africans recipient is a prolific centre forward who has made a name for herself since turning professional at the age of 9.

Having moved with her family from her hometown in Cape Town to Johannesburg, Hamza, now 16, is racking up countless honours – as she builds a solid sporting reputation beyond school honours.

On the field, Hamza regularly passes a half-century of goals every season. In her indoor hockey games, she has scored over 200 goals a year since 2014. She now sits a handful away from an incredible 1,500 career goals.

She also earned a trial to win a spot in the U21A Southern Gauteng side after impressing the coaches with her precise finishing and deft assists.

Speaking with Celine Abrahams, Hamza chats about juggling academics and a prolific professional sporting career and reveals what sport has taught her.

Malikah, thank you for chatting to us and compliments of the New Year! When one thinks of you, we remember a young girl who turned into a professional hockey player at the age of 9! How has your career evolved over the years?

From a Hockey perspective, I have achieved most of my year to year goals. I feel that I’m on track thus far. The move to Johannesburg has helped me with that.

In 2019, you were selected as one of Mail & Guardian’s 200 Young South Africans for your outstanding contributions to hockey. What impact did receiving that recognition have on the way you saw yourself in the world of sport?

“Accolades do help me focus on the end goal, which is to be the best I can be.” – Rising South African hockey player, Malikah Hamza

Generally, I’m not too fazed by accolades. The Mail and Guardian was no different. However, accolades do help me focus on the end goal, which is to be the best I can be.

How do you manage to juggle your education and professional sporting career?

It is extremely tough to juggle academics and top-class sport, however things have been a tad easier this year as I started home schooling which has allowed me to time manage and spend equal time with academics and sport.

How has your family played their part to assist you as you embark on fulfilling your dreams?

My dad put his career on hold so that I can fulfill my dream when we relocated to Johannesburg, in 2019. My mom has assisted me to achieve academic success.

We know that you also have a knack for cricket. Have you ever thought about pursuing a career in cricket?

Cricket has always been a part of the dream. It was always going to be a toss up between cricket and hockey. In an ideal world I would love to continue both codes if it was possible. I currently play cricket for Wits University and I represent Gauteng at U19 level.

What are your thoughts on the development structures in hockey and what improvements do you think can be made?

I feel that Hockey should be financially backed by government. The amount of talent in the townships is more evident now than ever before. The playing fields are not level as there are no facilities in the townships. Government should fund that.

What life lessons have you learnt from being in sport?

“It has been my dream since Grade 2 to become a professional sports person.” – Hamza speaks on her sporting dreams.

Sport can be a career. It has been my dream since Grade 2 to become a professional sports person. However, hard work, dedication, humility and being a team player are some of the qualities I feel that sport has taught me. Also, compete with yourself no one else.

I have a few highlights or what I feel were highlights in my career thus far:

Serena Williams! She’s proof despite many obstacles that hard work, dedication, self-belief and 100% support by atleast one parent can truly be the keys to success.

With Covid putting a damper on sport, I will be training hard to try and make the final SA u21 Hockey World Cup squad. I will also be focusing on making the Gauteng Senior ladies cricket squad.

Photo 1 caption: Having turned pro at the age of nine, 16-year old Malikah Hamza has her eyes set on making the U21 Youth Hockey World Cup in Potchefstroom end 2021. Image: Supplied

Photo 3 caption: Hamza regularly scores a half-century of goals every season, and has scored over 200 goals a year in her indoor hockey games since 2014. Image: Supplied

Photo 5 caption: While juggling sport and school is a feat for anyone, Hamza says that home-schooling during lockdown has made achieving both objectives simpler for her. Image: Supplied