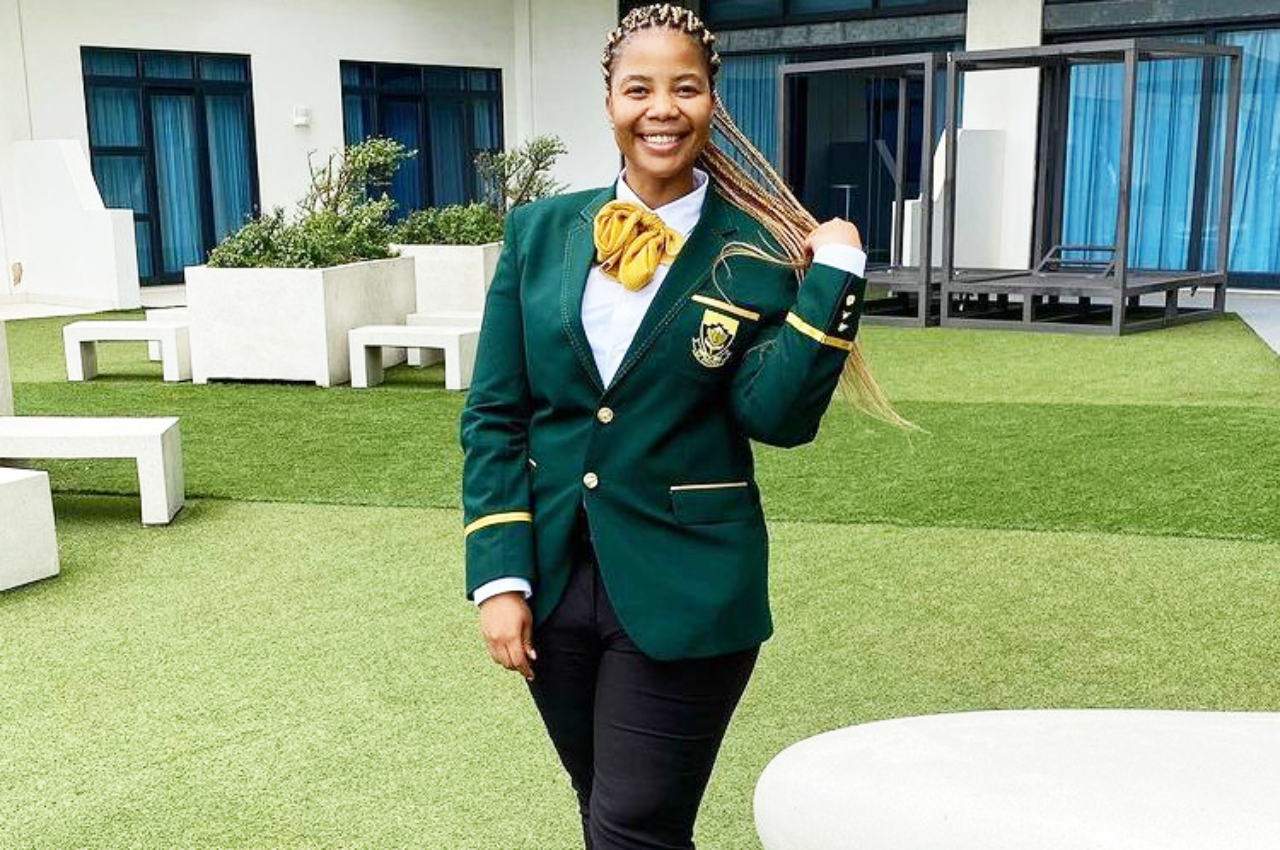 #gsport16 Winner to Ring Bell Ahead of Wanderers Test

Born into a sport loving family, Sokanyile says her obsession of cricket was cultivated by her mom – who would set alarms to watch matches, irrespective of whether South Africa was playing.

Sokanyile is an ardent cricket devotee and continues to fly the South African flag be it domestic or international, working with up-and-coming talent right through to distinguished world stars including various Proteas men and women coaching staff.

“I received an internship at Cricket South Africa in 2009, where I was tasked with the creation and management of the social media platforms as well as the live scoring across the platforms. In 2010 I was offered a permanent position assisting in the media managing of the KFC mini-cricket program, the cricket development and high-performance pipelines and two years later became the media officer for SA u19s and Proteas women. 2019 was my first tour as the Proteas men’s media manager.”

“In 2012, I was privileged to be appointed as the media officer for the U19 World Cup in Australia and the Women’s T20 Cup in Sri Lanka. I still remain honoured to have been part of the SA U19 squad that won the 2014 U19 World Cup in Dubai featuring the likes of Kagiso Rabada, Andile Phehlukwayo, Aiden Markram, Corbin Bosch, Jason Smith to mention a few.”

She was later head hunted by the ICC to be the media manager at the ICC Men’s World Cup at Lord’s Cricket Ground, The Ageas Bowl (Southampton), Trentbridge, Somerset and Old Trafford.

“The road has been a long and humbling one and thoroughly enjoyable. I have spent 10 years building up knowledge and experience, learning about the business from every possible vantage point relating to my field. Now, I am part of a dream held by so many. I am incredibly honoured to be living my dream, I don’t take any day in this position for granted and when I say ringing that bell on the morning of 3 January 2022, will be another surreal moment in my journey, will an understatement. I would like to thank Lions Cricket for the tremendous privilege and to Cricket South Africa for allowing me to serve the game I love.”

The Imperial Wanderers Stadium Head of Marketing, Commercial and Communications Wanele Mngomezulu says, “We are extremely honoured and privileged to celebrate this occasion with one of our long- serving, passionate and dedicated cricket family member who will set the scene for this momentous 30-year post ICC isolation celebration. For the stadium, it is a fitting occasion to reflect, celebrate and continue our efforts to champion inclusivity, diversity and equality for all.”