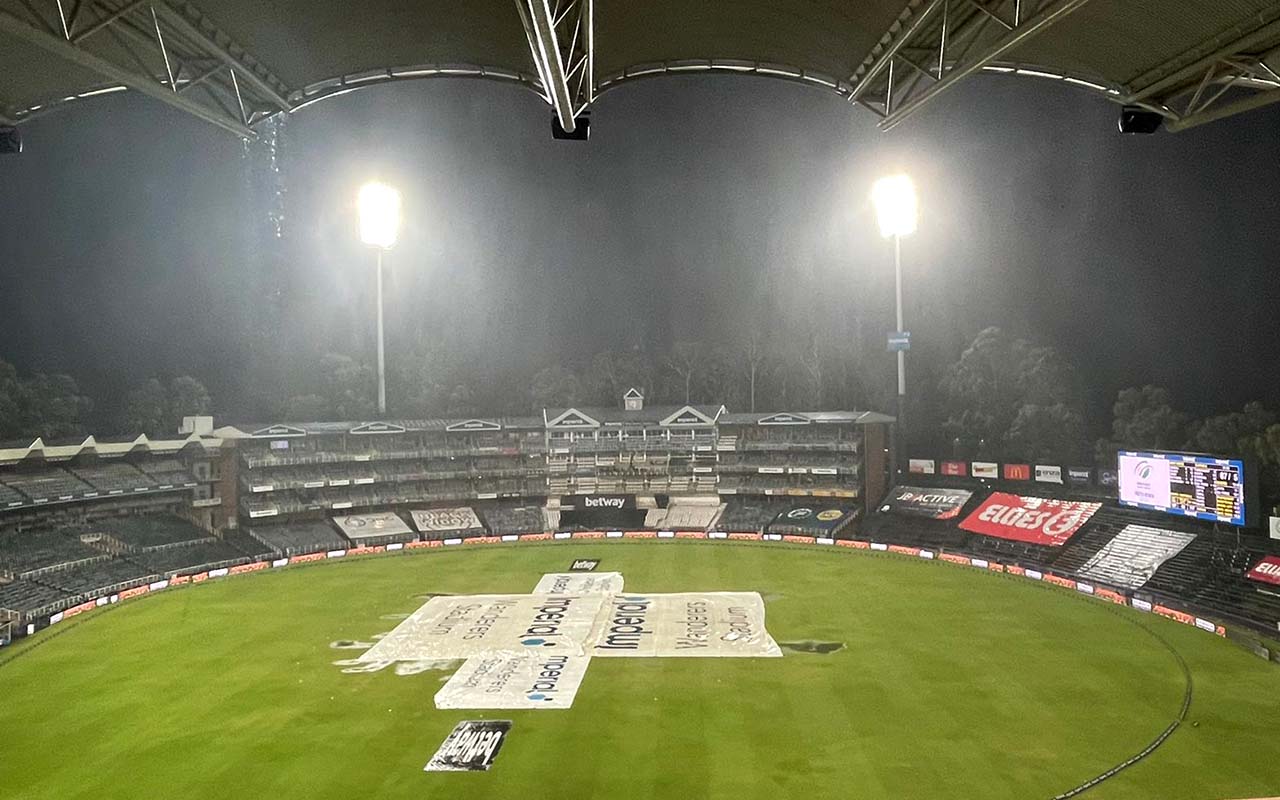 Imperial Wanderers stadium is made for the big stars to shine and West Indies opener, Deandra Dottin obliged when she smashed an unbeaten 150 against South Africa in the rain-affected first Women’s ODI in Johannesburg.

But after seeing off the danger duo, Dottin unleashed a range of exemplary power hitting, which included 18 boundaries and four huge sixes, to remain unbeaten on 150 when her team’s innings ended prematurely on 234 in the 46th over, due to a second rain interruption.

The “World Boss” received outstanding support from Hayley Matthews (51 off 63 balls) as they took the South African bowling apart with clean striking, adding 153, the highest third wicket stand for the West Indies in ODIs, beating Kyshona Knight and Stefanie Taylor’s 142 against Pakistan in 2021.

Set a revised target of 209 in 29 overs, South Africa never got going, the West Indies bowlers right on the money. Karishma Ramharack, who came in for the experienced Anisa Mohamed, took 2/18 in 4.4 overs, while Matthews picked up 2/27 in 5 overs as the slower bowlers kept up the pressure created by the opening bowlers.

With South Africa 87/5 in 17.4 overs, the rain returned with more force, to send the players scurrying 14 balls shy of 20 overs being bowled, which would have constituted a match, with the West Indies heavily favoured to have emerged victorious.

West Indies will have left the game disappointed yet buoyed by the all-round effort from the team, including excellent catching under lights.

While South Africa were missing star players like Lizelle Lee, Marizanne Kapp and Trisha Chetty, the team would have backed themselves to put in a better performance with bat, ball and in the field.

Both teams spoke at length ahead of the series about the importance to fine tune their skills set ahead of the World Cup in New Zealand, and will be eagerly looking forward to the second match of the series on Monday, 31 January to build on the learnings of the first game.

From a West Indies perspective, all eyes are on captain Stefanie Taylor, who took a nasty blow to her right arm at the non-striker’s end, trying to avoid a ball hit with force by Dottin, and tellingly, she didn’t return to the field when South Africa batted. It is hoped that she will be fit enough to take the field at Wanderers on Monday.

Despite the result, world cricket is still savouring that Deandra Dottin knock, her third ODI century and her highest score in this format. She seems to be enjoying opening the innings, and could well be peaking at the right time, ahead of the New Zealand showpiece.

Photo 1 caption: ‘World Boss’ Deandra Dottin was in a record-breaking mood at the Bullring, although rain has the final say, washing away the tie for a ‘No Result’ in the first of four Women’s ODI in Johannesburg. Image: gsport